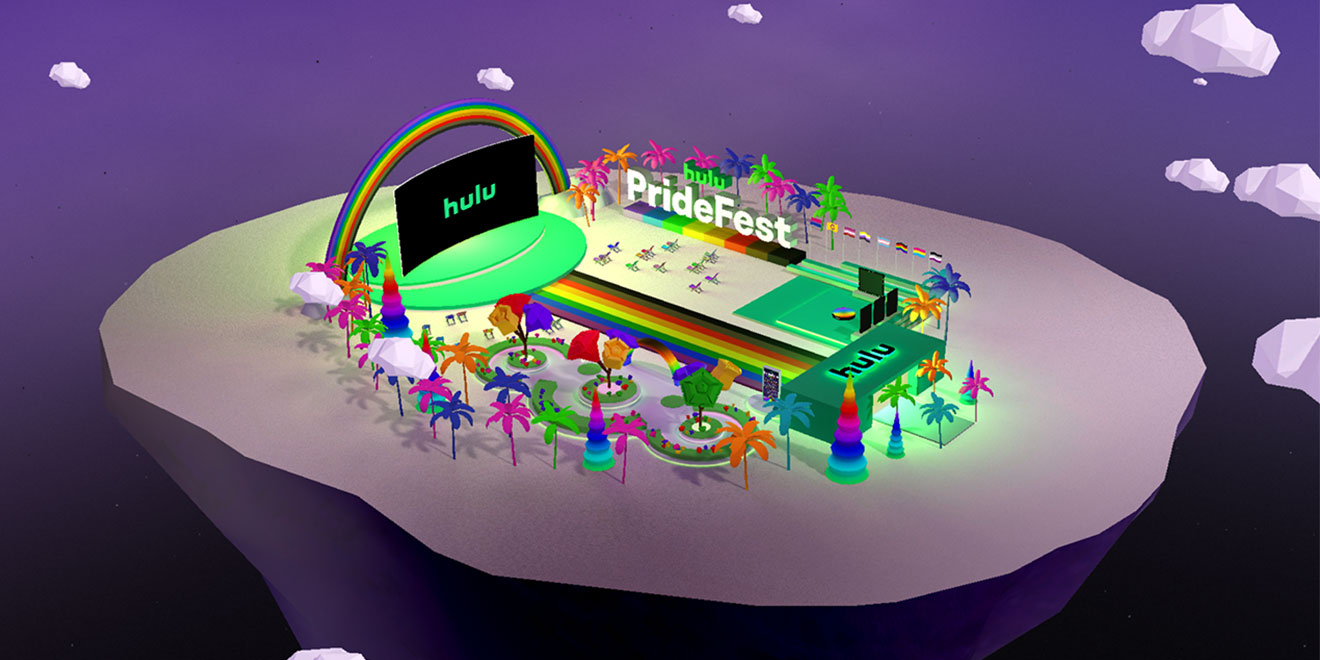 The virtual festival hub was designed to resemble a Pride island. - Credit by Hulu

During a weekend full of virtual Pride celebrations from brands and nonprofits, Hulu created a digital experience where fans could navigate an animated festival.

The streaming service held its first virtual PrideFest on June 28, offering DJ sets, concerts and conversations from LGBTQ+ and ally entertainers and athletes. The daylong event, accessible on a custom website through a desktop, was free for subscribers and non-subscribers.

The celebration extended Hulu’s ongoing Pride Never Stops campaign launched in 2019, focused on amplifying LGBTQ+ stories and characters year round. The campaign theme took on a new meaning as the brand was forced to scrap physical Pride plans due to the Covid-19 pandemic.

“It was more important than ever to create an opportunity for the community to come together, virtually at least, to show that Pride never stops,” said Ryan Crosby, vp of marketing at Hulu. 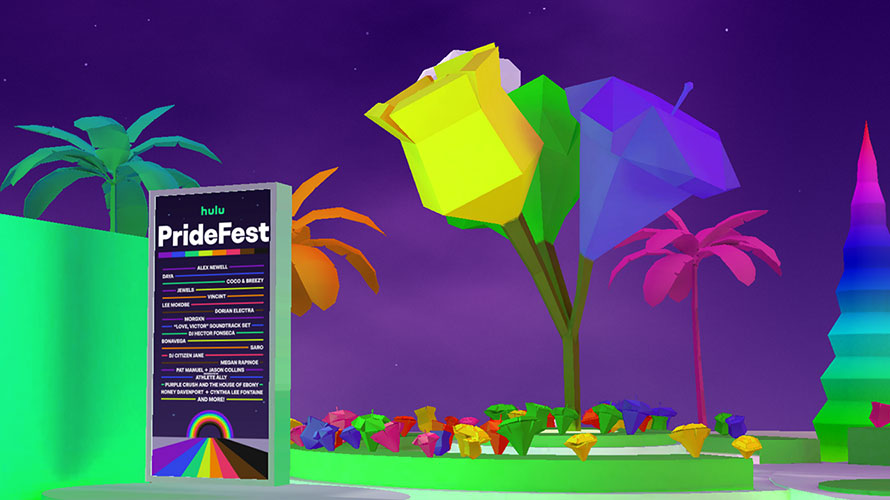 The festival design resembled a colorful island in the clouds, with surreal elements including giant animated unicorn-themed trees and flowers. Once entering the festival hub, attendees could create custom avatars in a “green room,” with design options inspired by Hulu series. These included drag wigs and outfit patterns like Ferris wheels (inspired by Love, Victor), crowns and swords (inspired by The Bravest Knight) and Bonkers the dog from Shrill.

“PrideFest’s virtual format allowed us to design new ways for visitors to connect beyond what is typically possible in real life, like the opportunity to create a customizable avatar,” Crosby said. “The whimsical approach to the in-world design elements provided a colorful space for diverse voices to have a literal platform, with no room for expressions of hate. Avatars interacted only with expressions that show love or solidarity.”

After creating an avatar, attendees could navigate the festival “island,” which included a rainbow runway leading to a main stage that broadcast panels and performances throughout the day. Performers included DJs Coco & Breezy, Daya, Alex Newell, drag queens Cynthia Lee Fontaine and Honey Davenport, and a “History of Voguing” ballroom dance performance by House of Ebony.

Crosby said it was important for the brand to “select the right programming, performances and conversations to celebrate and honor the LGBTQ+ community.” 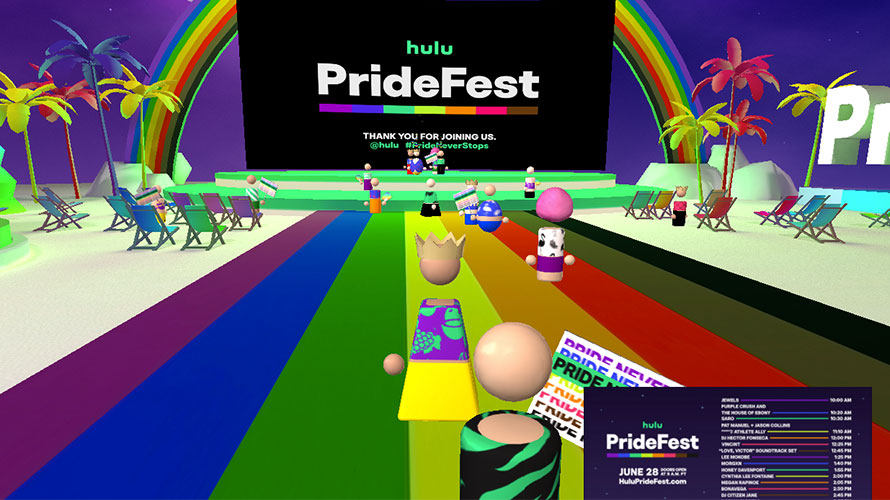 Attendees could maneuver avatars to a main stage, which streamed panels and performances.
Hulu
The festival also offered an interactive community garden, where attendees could “plant” flowers with inspiring or supportive messages. Additionally, the event included a function for attendees to donate to the American Civil Liberties Union (ACLU), which fights for racial justice and LGBTQ+ rights.

Along with creating PrideFest, Hulu this month updated its LGBTQ+ hub with new episodes of its docuseries Defining Moments, focused on Collins and Pose actress and activist Dominique Jackson. The streaming service initially created the hub to spotlight diverse and underrepresented stories.