'We got this,' the streaming service said in a PSA 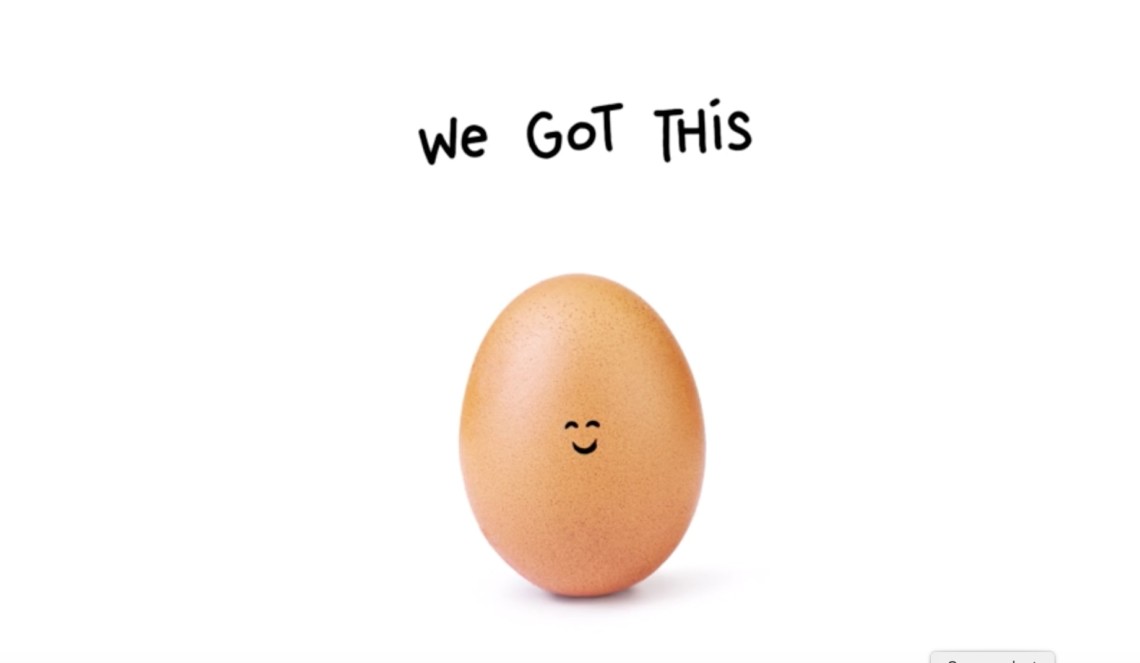 On Friday, Hulu and the Instagram account of “world_record_egg” teased a mystery collaboration that would be unveiled Sunday after Super Bowl LIII.

But it turns out that the partnership wasn’t related to a new series for subscribers to binge, or anything Super Bowl-related. Instead, Hulu used the attention to remind viewers that mental health is important: revealing a PSA about the importance of “talk[ing] to someone” for those struggling with the “pressure of social media.”

In case you missed the entire splashy rollout, here’s a catchup: a cryptic message referencing Hulu appeared on the Instagram account of “world_record_egg” on Friday. That account rose in popularity earlier this month after it implored fans to double-tap an image of an egg, to beat out Kylie Jenner for the most-liked post ever on the platform.

Friday it posted a new egg image with more cracks, and now with the addition of football laces, which made the egg look like a football.

A caption said all would be revealed Sunday after the Super Bowl. On Sunday, Hulu began responding to users on Instagram who submitted guesses on what the announcement might be and directed viewers to see the egg crack on Hulu at 11 pm ET.

At that time, viewers were able to watch a 30-second PSA video featuring the egg.

“Recently, I’ve started to crack,” said the egg, which cracked completely. “The pressure of social media is getting to me. If you’re struggling too, talk to someone.”

Then the animated cracked egg smiled. “We got this,” the PSA read.

The video then referenced mentalhealthamerica.net, with “#TalkingEgg” and Egg Gang, which had previously been posted on the Instagram image.

The social rollout came in conjunction with a big play from the streaming service during the game with a 30-second teaser for its third season of The Handmaid’s Tale.

Hulu’s competitors, like Amazon Studios, made an episode of new series Hanna, available to subscribers for a limited time.  Netflix, meanwhile, didn’t drop new content today like it did after last year’s Super Bowl, though it did have an ad in the Big Game for a nature documentary. And HBO partnered with Bud Light for an ad in the game to tease the last season of Game of Thrones.