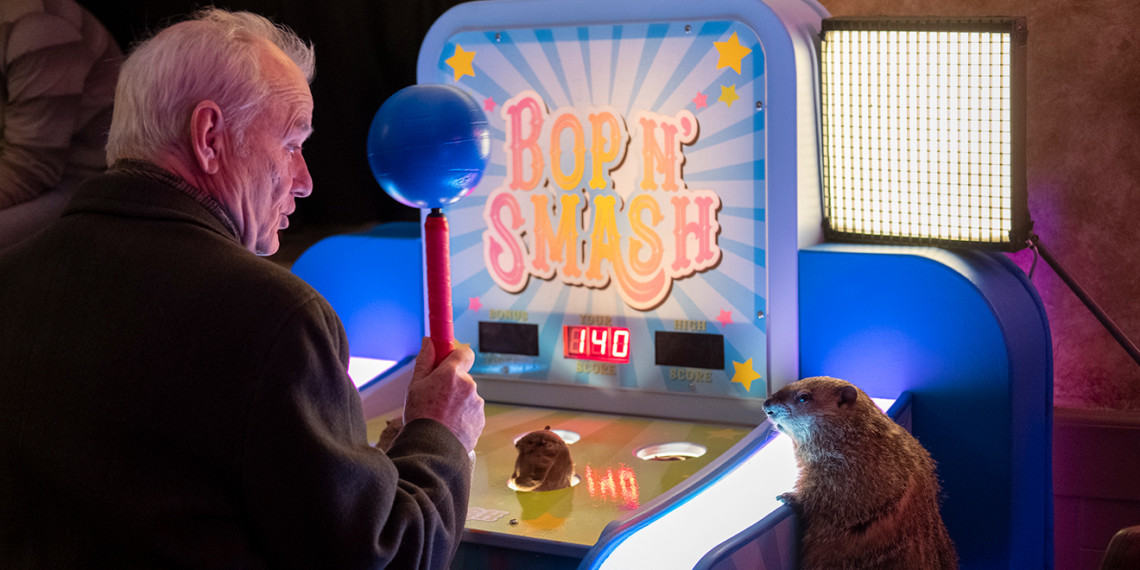 Murray said this was is first commercial as well as his last. Jeep

Jeep’s Groundhog Day spot with Bill Murray was undoubtedly one of the best ads of Super Bowl 54, topping both Adweek’s list of the 10 Best Super Bowl Ads of 2020 and USA Today’s annual Ad Meter.

But the last-minute production could easily have never aired as Fox sold out of ad inventory in November and the brand began shooting ten days before the game without a media buy.

All the steps had to fall into place for it to work.

Back in October 2019, Olivier Francois, chief marketing officer of Jeep parent Fiat Chrysler Automobiles (FCA), said FCA was thinking about the Super Bowl, but was on the fence because it didn’t have a car launch to promote this year.

It was Chicago-based boutique ad agency Highdive that pointed out what he called the “funny, intriguing magical alignment of the dates” in an idea for another FCA brand, Ram Trucks. But Francois said Ram wasn’t really his #1 priority in 2020.

“But when you start planning for the Super Bowl, you look at every brand, every nameplate. They were in the truck mindset and they said, ‘Do you know what February 2 is?’” Francois said. “I said, ‘It’s the Super Bowl, but probably something more,’ and … they said, ‘It’s Groundhog Day,’ and then I said, ‘Oh my god, it’s probably time to call my friend Bill Murray again.”

That, of course, is because Murray starred in the 1993 movie Groundhog Day as a self-centered weather reporter forced to relive the same day in Punxsutawney, Pa. until he learns a powerful lesson. As luck would have it…

Coincidentally, Francois and Murray have mutual friends, so their paths crossed at social functions over the years. Calling Murray “a Picasso or a Da Vinci of improv,” Francois said he has stayed in touch and tried in the last few years to work with the actor.

“He never had been receptive because clearly how could you ever remotely think of Bill Murray as guy who would take a check to endorse a product?” Francois said. “It’s literally a few people for whom it’s never a question of money. He’s one. You cannot even buy him for a movie as far as I understand.”

Indeed, in the press release from Jeep, Murray said: “This is my first commercial. I’m glad I did it with you. … and I’m glad that this is my last commercial, as well.”

Francois loved the idea of reprising the movie for the Groundhog Day Super Bowl so much, he took a chance, composing what he called a “nice, handwritten letter” to Murray, ending with, “Call me, text me, send me a letter … or smoke signal and I will be there.”

He gave this letter to their mutual friends.

For three months, there was no answer. Francois thought that was the end of it.

“The only real big idea we had—or potentially big idea—was the Groundhog Day idea. So that was relatively clear, but we literally had no Plan B,” Francois said. “It was almost a feeling of relief—‘Okay, we’re not going to kill ourselves on a Super Bowl commercial.’”

Then, two weeks before the Super Bowl, Murray responded.

“He called on the phone and said he realized it was a once-in-a-lifetime opportunity, which is true because this phenomenon on Super Bowl Sunday colliding with Groundhog Day … is the first time in 54 years … so it’s like Halley’s Comet,” Francois said. “He probably took a lot of time to open the envelope and all of a sudden on January 17, he called us and said, ‘Let’s do that.’” Conceptually, the spot started out as a Ram ad.

“If you want to be authentic to the movie, the whole play was to swap the old truck in the movie with a new truck of today,” Francois said.

But, during his three-month wait, Francois realized FCA should instead support the nameplate that needed a little boost—its Jeep-truck hybrid, the Jeep Gladiator, which debuted in 2019.

“It is selling very nicely,” he said. “It is a Jeep and a pickup at the same time. It’s very intriguing. It’s lots of fun, but it never had its moment in the limelight.”

And it was an even better fit. “It’s not something … you’d use it to go to work every day,” Francois said. “But in thinking and dreaming of doing more … so that’s really the pitch when I realized I could swap a traditional pickup truck for this truck, which is by definition something that will enable every day to be better than the last and that’s the other magical alignment.”

Francois said even the tagline from the 1993 movie fit: “He’s having the day of his life … over and over again.”

Even Murray himself seems like a Jeep guy, he said.

“He is literally the Jeep of celebrities. Jeep goes anywhere and does anything. That’s Bill Murray,” Francois added. “He’s the embodiment of freedom and authenticity. … He’s an iconic American, a free spirit and open to where the road takes him. … I don’t know anyone more authentic than him. He literally won’t compromise with anything.”

With Jeep stakeholders giving the ad a greenlight in a few hours, Highdive had to secure the IP for the movie from distributor Sony Pictures, as well as to Sonny and Cher’s 1965 hit “I Got You, Babe,” which wakes Murray’s character up each day, from record label Warner Music Group. The ad was shot in the same location as the movie with the same cast and props.
Jeep

“Since we had to do that in a more or less a week, clearly we didn’t really have time to waste in legal conversations,” Francois said. “Each piece of the puzzle fell into place miraculously.”

And because of what he called the “incredible maniacal pursuit of authenticity in every detail of this … I would almost call it a shot movie, especially if you look at the longer version on the web,” he added. Then, of course, they needed an in-game slot.

Noting “there was a gamble,” Francois said Jeep waited for the commercial to be shot first, but, thankfully, that’s about the time Fox Sports and the NFL added a two-and-a-half-minute floater pod to the game in case of injuries or unexpected breaks.

Advertisers in the floating pod didn’t know when their ads would air, but another lucky break was Jeep ended up in the fourth quarter.

“In the absolute dream position—everyone was literally on the edge of their seat and wouldn’t leave the room,” Francois said. “We had a very, very good position in the climax of the action.” Highdive had to quickly secure the rights for the movie and the wake-up song.
Jeep