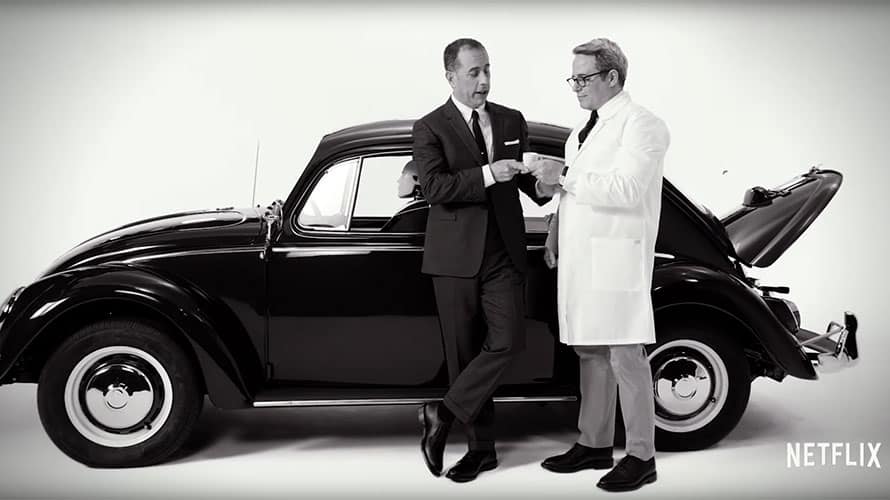 Jerry Seinfeld is channeling one of the most famous ad campaigns of the past century to celebrate Comedians in Cars Getting Coffee’s move from Sony Crackle to Netflix for its upcoming season.

In the new trailer for Season 10 of Seinfeld’s series, in which he chats and drives around with his favorite comedians, Seinfeld pays homage to DDB’s famous “Think Small” Volkswagen campaign from the 1960s.

The spot is bookended with black and white segments featuring Seinfeld in a black Volkswagen Beetle alongside a crash-test dummy wearing a “Comedian” sign.

“This year, practically everyone is coming out with brand new, even longer, more complicated shows. Don’t you have enough to keep track of without trying to remember, who’s a wizard? Who’s a machine? Who’s a zombie?” Seinfeld asks, as Matthew Broderick, in a lab coat, fetches him coffee.

“Our average episode is only 14 minutes long. Unlike our competitors, we’re not trying to take you away from all you have to do,” says Seinfeld. “We think one car, two comedians and some coffee is plenty. We like to think short.”

The first nine seasons of Comedians in Cars Getting Coffee aired on Crackle (now called Sony Crackle) before Seinfeld moved to Netflix last year in a $100-million deal that also gave Netflix rights to all previous seasons of the show.

The “Think Small” campaign was just one example of DDB’s groundbreaking work for the German automaker at the time. 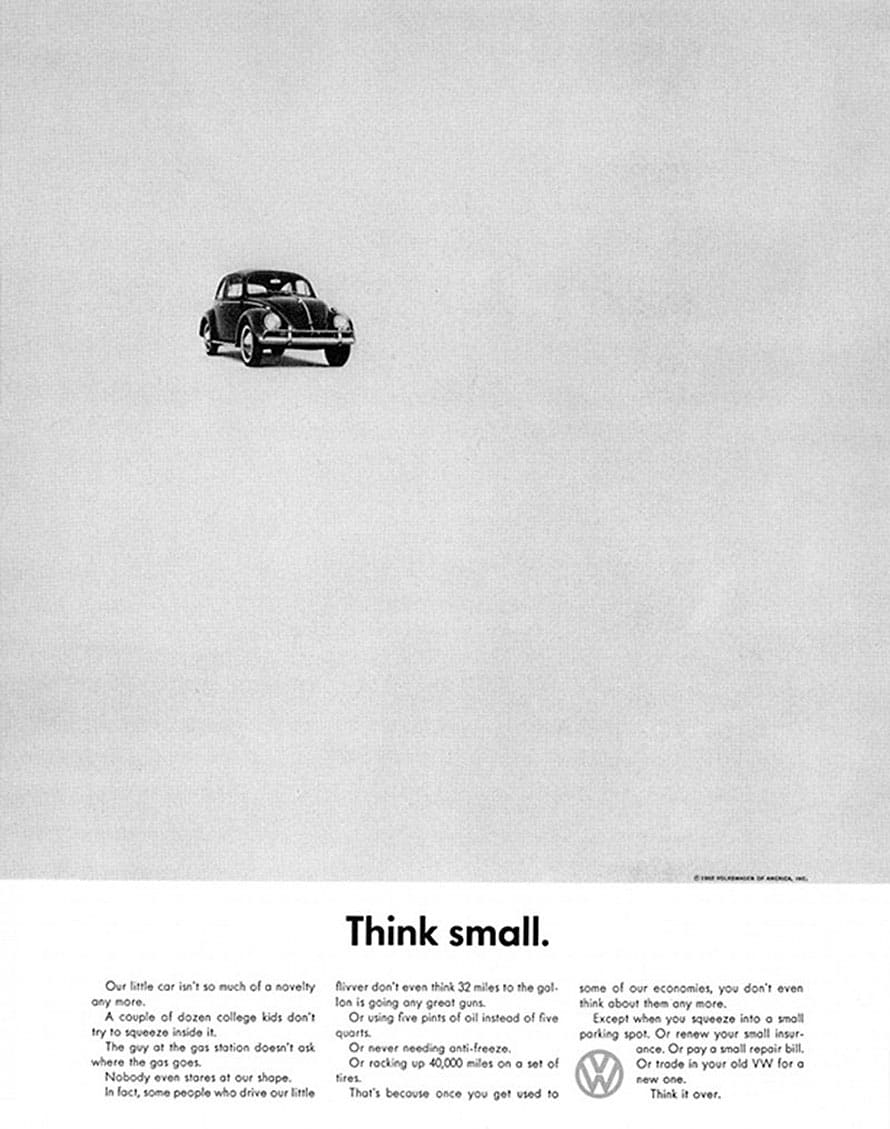