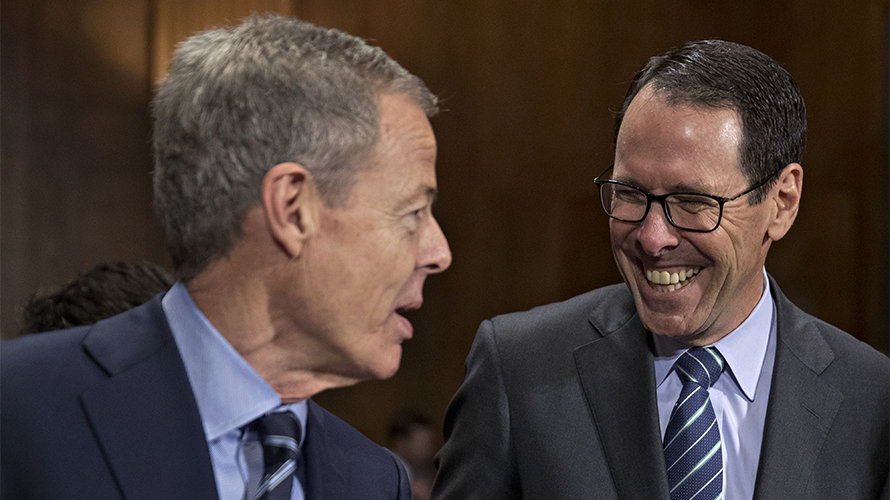 Almost 20 months after AT&T first announced its deal to acquire Time Warner, the companies could be just six days away from joining forces after a federal judge ruled in AT&T’s favor late today, deciding that the Justice Department’s antitrust suit had failed to make its case against the merger.

U.S. District Judge Richard Leon approved the AT&T-Time Warner deal with no conditions. Leon has also said that should the DOJ ask for a stay, he would deny the request.

The ruling not only hastens the merger but will send a ripple effect through the entertainment and tech industries, leading to several other megadeals as Silicon Valley and Hollywood companies add scale to compete with Netflix, Google and Facebook. First up will be the pending $52.4 billion Disney-Fox union, which could now be upended by Comcast’s efforts to snap up 21st Century Fox with a $60 billion all-cash rival bid of its own.

And the verdict is a blow to Makan Delrahim, chief of the Justice Department’s antitrust division, who filed suit against AT&T just two months after he was confirmed.

During the 30 minutes he spent reading his opinion in court, Leon advised the government not to appeal, as it would likely kill the deal: AT&T and Time Warner’s merger agreement is set to expire on June 21. Time Warner will receive a $500 million breakup fee if the merger does not go forward.

David McAtee, general counsel for AT&T said in a statement that the company was “pleased” with the verdict, adding, “We look forward to closing the merger on or before June 20 so we can begin to give consumers video entertainment that is more affordable, mobile, and innovative.”

Delrahim also issued a statement indicating that the government hasn’t decided yet whether or not it will appeal the ruling: “We are disappointed with the court’s decision today. We continue to believe the pay-TV market will be less competitive and less innovative as a result of the proposed merger between AT&T and Time Warner. We will closely review the court’s decision and consider next steps in light of our commitment to preserving competition for the benefit of American consumers.”

The DOJ sued to block the deal in November, claiming it would give AT&T too much control and raise costs for consumers.

What ended up being the biggest antitrust case in decades got underway in March, as Delrahim’s team tried to make its case that AT&T would use networks like HBO and TNT to raise prices for rivals.

While Leon approved the deal, he also could have blocked it or imposed his own changes, like spinning off assets like Turner or DirecTV. During the trial, the government had argued that instead of blocking the whole deal, Leon could prevent AT&T from owning Turner networks. But AT&T CEO Randall Stephenson indicated last November that he would not agree to a spinoff of CNN or HBO, explaining that offloading “key franchises, like an HBO, makes no sense.”

With the path cleared for AT&T and Time Warner to unite, all eyes now turn to Comcast, which is expected to make a formal offer for Fox as early as tomorrow . Last month, Comcast confirmed it was preparing an all-cash deal for 21st Century Fox that would be “superior” to Disney’s offer.

Fox shareholders are scheduled to vote on the Disney deal on July 10.