Late-Night Hosts Desus and Mero Are Leaving Viceland for Showtime 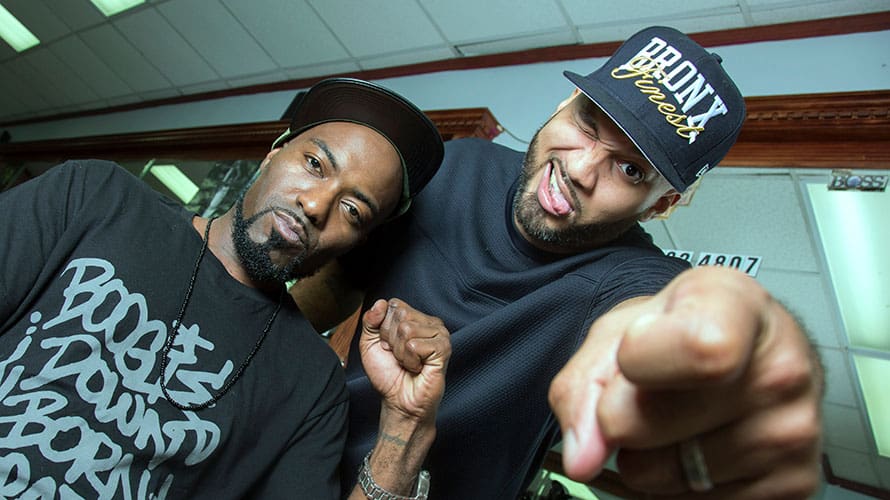 Desus and Mero will end their Viceland series on June 28, and move to Showtime next year.
Garth Von Glehn/Viceland
Share
By Jason Lynch
|
June 18, 2018
Share

TV and podcast hosts Desus Nice (Daniel Baker) and The Kid Mero (Joel Martinez) will be leaving their Viceland late-night show Desus & Mero next week, signing a new deal with Showtime for a weekly late-night talk show that will debut in 2019.

“We have waited a long time to enter the talk-show space, and we were only going to do it if we felt like we had the next big thing,” Showtime Networks president and CEO David Nevins said in a statement. “Desus and Mero feel like exactly that: They have knockout comedic voices, they’re brilliant interviewers and they always have a unique take on culture both high and low. They have a loyal and devoted fan base that will only multiply, and we can’t wait to see them take it to the next level on Showtime.”

Their final Viceland show will air on June 28.

In his own statement about moving to Showtime, Desus said, “We’re honored and excited to be joining the Showtime family. The brand is stronger than ever and we look forward to continuing to make amazing authentic television that will make your wiggington explode.”

Added Mero, “I’m excited to be joining a network with such a strong foundation and track record of producing fuegooooo and to break new ground with a late-night comedy show!”

Desus and Mero first teamed up for their Bodega Boys podcast and Desus vs. Mero web series before making their Viceland debut in October 2016.

The series quickly became one of Viceland’s biggest breakout shows and one of the only programs to deliver on the promise that Vice founder Shane Smith laid out for Viceland—that it would shake up linear TV—when the network launched in February 2016.

News broke late last week that the duo would be exiting Viceland, but their Showtime deal wasn’t finalized until today.

“Viceland was formed with the goal of breaking new talent and highlighting fresh voices,” said a Viceland spokesperson. “We are thrilled for Desus & Mero and enormously proud of the hundreds of episodes we’ve made with them.”

This is the second nightly late-night show in the past few days that will be ending its run on June 28 and relaunching in a weekly format next year. On Friday, Comedy Central canceled its 11:30 p.m. show The Opposition With Jordan Klepper and said Klepper will return to the network with a weekly prime-time series, Klepper, set to debut next year.