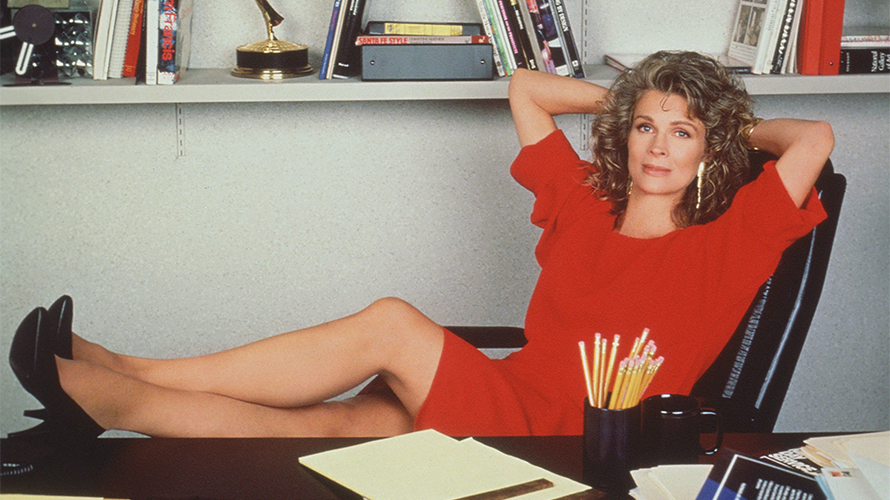 The biggest news out of CBS’ annual unveiling of its fall schedule for the media wasn’t what shows were featured there—including a completely revamped Monday night schedule and the addition of its Murphy Brown revival at 9:30 p.m. on Thursdays—but who wasn’t in attendance: CBS Corp. chairman and CEO Leslie Moonves.

Moonves, who is such a regular presence that the breakfast event is known as “Lox With Les,” sat this year out because of the brewing legal battle as CBS filed suit against its majority owners Sumner and Shari Redstone on Monday over control of the company’s future.

“Leslie sends his regards,” said CBS Entertainment president Kelly Kahl, who presented a new schedule that features “stability where we are strong, and change where we need it.”

Even though NBC had the Super Bowl and the Winter Olympics this season, CBS will still win the season in total viewers, for the 10th straight year. NBC, however, has the 18-49 demo win for the second straight season.

CBS has completely overhauled its Monday schedule, cancelling all of its Monday night comedies except for Man With a Plan, which will return at midseason. “We were in third this year and we don’t like to be there. Change was required,” said Kahl. So the network trimmed its comedy block to one hour, with a pair of new sitcoms. “We’re bringing in the A-Team to make this night a little bit better.”

The Neighborhood focuses on a friendly Midwesetern guy (Max Greenfield) who moves his family to a tough L.A. neighborhood. That’s followed by Happy Together, starring Damon Wayans Jr. as part of a suburban couple whose boring life is shaken up after a pop star moves in. It’s inspired by the time years ago that Harry Styles lived in London with The Late Late Show executive producer Ben Winston, both of whom are executive producers.

At 9 p.m., “we wanted something big to kickstart this period,” said Kahl, who slotted in a reboot of Magnum P.I. This iteration lacks a comma in the title (which wreaks havoc on internet search) and the signature mustache of original star Tom Selleck (this Magnum, played by Jay Hernandez, sports a a goatee).

The night ends with Bull, which relocates from Tuesdays. “If you are going to revamp a night, you’ve got to bring your best goods, and Bull is one of our best shows,” said Kahl.

On Tuesday, NCIS and NCIS: New Orleans bookend the night, with new drama FBI—the rare drama from Dick Wolf not to air on NBC—at 9 p.m. “We are thrilled and lucky to have him,” said CBS programming chief Thom Sherman of landing Wolf. “It is a pitch-perfect CBS show.”

Without Thursday Night Football to disrupt the fall schedule for the first time in five years, CBS will start the season with what Kahl refers to as “our prime Chuck block” of three comedies from producer Chuck Lorre: The Big Bang Theory, Young Sheldon and Mom. That will be followed by the return of Murphy Brown at 9:30 p.m.

In the revival, Candice Bergen’s Murphy Brown will host a morning show called Murphy in the Morning, and will be competing against a conservative morning news show hosted by her own son, Avery. Think Morning Joe vs. Fox & Friends.

CBS could have slotted Murphy Brown on Mondays, but “This could be a great piece to make this block the strongest on TV,” said Kahl. “We wanted to support it; you can’t take anything for granted these days.”

Even though next season of The Big Bang Theory is expected to be its last, Kahl said he’s hoping that’s not the case. “We would certainly hope to get a few more years out of it,” he said.

On Sundays, 60 Minutes will kick off the night, with NCIS: Los Angeles and Madam Secretary returning at 9 and 10. At 8, the network has programmed new drama God Friended Me, from executive producer Greg Berlanti about an atheist (The Mayor’s Brandon Micheal Hall) who is friended by God on Facebook.

New series debuting at midseason include The Red Line, a drama from Greg Berlanti and Ava DuVernay and starring Noah Wyle, about the fallout after a white Chicago cop accidentally shoots and kills a black doctor.

The Code is a military legal drama where the lawyers are also Marines and trained as prosecutors, defense lawyers and investigators.

CBS has one midseason comedy, Fam, about a newly-engaged woman (The Vampire Diaries’ Nina Dobrev) whose mess of a younger sister (Odessa Adlon) comes to live with her.

(New programs in ALL CAPS)