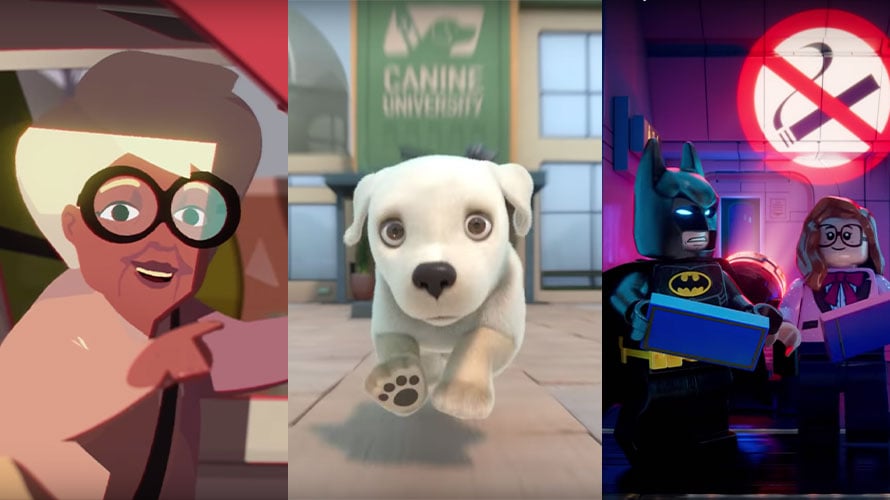 Over the past year, brands have been breaking down barriers in the content marketing sphere and finally allowing creativity to take center stage.

Moving away from the foundational, basic interviews, conferences and status report-style videos, brands have been experimenting with the likes of documentaries, feature-length movies and interactive episodic content, transforming their marketing efforts from informative, brand-led communications to entertaining, user-first content that really shows their personality.

It should come as no surprise, therefore, that the basic illustrated explainer video has received its own innovative makeover, with some brands deciding to adopt a more cinematic approach to their content creation, combining their animation with emotive, compelling storytelling in a similar fashion to the work of renowned film studios like Pixar and Disney.

Here are three examples of brands that have taken their animated content to the next level and what lessons content creators can learn from their efforts.

Lesson: Be positive with your emotional storytelling

As John Lewis ads have taught us over the years, emotional storytelling is a great way of engaging viewers. However, no one wants their audience walking away feeling sad; you want to give them something to remember fondly, uplift their spirits and encourage them to think about your brand’s values, something the Southeastern Guide Dogs’ film hits on the head.

When approaching emotional storytelling overall, it’s easy to fall into the trap of “it’ll make people feel and consequently engage, so let’s do it.” However, this means that the story itself holds little value to the brand. This is why Southeastern Guide Dogs is a great example of how brands should be adopting emotional storytelling because it takes a story that is not only close to their heart, but is something that both their audience wants to see and is representative of who they are as a brand.

Less than a year ago, Turkish Airlines released its new animated inflight safety video in partnership with The Lego Movie. Going through the usual safety procedures regarding seatbelts, smoking and oxygen masks, the film brings back all of the characters from the 2014 film ahead of the release of its sequel this year.

For anyone who has been on a plane, the safety announcements, even though incredibly important, are often the time when you’re more focused on putting your headphones in than finding your nearest exit. Turkish Airlines, as a result, decided to turn this on its head by incorporating The Lego Movie cast, which not only makes the safety procedures humorous and compelling, but most importantly, adds personality to a rather dry topic.

The key here is that even though the topic is deemed unexciting, Turkish Airlines stayed true to their purpose. They had clearly defined why they were making the content, creating it for the right reasons and not just because it’s a trend or because their competitors are doing it, and as a consequence, put everything into it to ensure they created content that is not only valuable but entertaining and memorable.

Lyft’s June: Life Is Better When You Share the Ride

Partnering with Academy Award-winning director John Kahrs, Lyft released an animated short film about a lonely widow in Chicago who decides to become a Lyft driver and connect with new people.

Lesson: Let your customers inspire you

Most marketers approach content with the aim of inspiring their audience, but as a result, forget that content marketing is a two-way relationship. As Lyft demonstrates by using the real experiences of their customers, your customers can be your biggest fans. In fact, the song “Movin,’” featured in the short was written and performed by someone in the Lyft community. Don’t shy away from your customer’s stories and experiences, but embrace them.

This idea was essentially the objective of Lyft’s seven-minute ad, as the film’s goal was never about promoting the product but was rather showcasing the community and the importance of the human connections made from their service to a specific audience: those who use and would use their app. By having a clear idea about what they wanted to achieve from their content meant they were able to acquire a more specific understanding of its performance and determine its success.

So, should brands be creating animated movies?

Animated films are wonderful to watch, if done right, and there’s no doubt that they can be incredibly successful. However, creating an animated movie, regardless of its length, can be an incredibly costly process. Due to the varying crucial elements to its completion(script, storyboard, illustration, music and sound effects), brands need to consider carefully if the animation really coincides with the purpose and objectives driving their film and ensures that they have enough budget not just for its creation but also for its distribution and potentially its paid media budget.

It’s also important to factor in the possibility that one studio might not be able to satisfy all of these needs and an animated film will need to combine freelancers and agencies, something that would require a much more hands-on, time-consuming approach to the film creation process. Whether you are for or against creating animated cinematic content, the key lesson to learn from the professionals over at Disney and Pixar is to create content that is both entertaining, high-quality and, most importantly, true to who you are and what you believe in.

@navigatevideo Sydney Lucken is the business and marketing executive at Navigate Video.