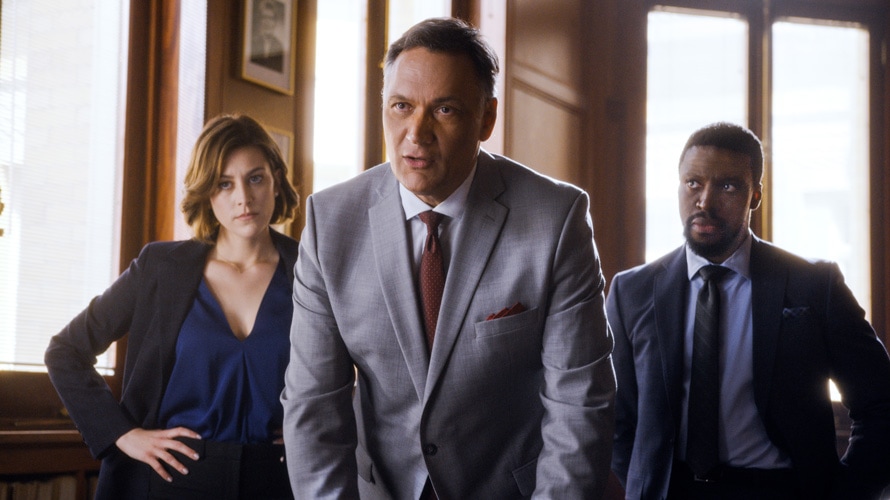 Bluff City Law, one of three freshman shows airing on NBC this fall, will premiere on Monday, Sept. 23. - Credit by NBC

CBS won’t be the only broadcaster this fall to roll out almost its entire schedule during the first week of the 2019-20 season.

NBC today unveiled its fall premiere dates, and much like CBS, which announced its fall debuts last week, almost all of its shows will air the week of Sept. 23, as the new TV season kicks off.

Only one weeknight series—The Blacklist—won’t premiere that week, the network said.

On Monday, Sept. 23, The Voice returns for its first-ever cycle without coach Adam Levine, who has been a part of the series since its 2011 debut, followed by new legal drama Bluff City Law, starring Jimmy Smits.

The network brings back last season’s Tuesday lineup on Sept. 24: The Voice, This Is Us (which was renewed for three seasons in May) and New Amsterdam.

NBC’s Thursday lineup, which debuts on Sept. 26, includes two freshman sitcoms and two returning comedies. Superstore kicks off the night, followed by new comedy Perfect Harmony, The Good Place (which will end after its upcoming fourth season) and new sitcom Sunnyside. Law & Order: SVU closes out the night at 10.

On Sept. 27, a re-broadcast of the Bluff City Law pilot will delay The Blacklist’s return for one week, until Oct. 4, but Dateline NBC will premiere that night.

The week concludes with Sunday Night Football, which technically will kick off with the start of the NFL season on Thursday, Sept. 5, as the Green Bay Packers face the Chicago Bears. It will have its Sunday night debut on Sept. 8, when the Pittsburgh Steelers take on the New England Patriots.

Here is the entire premiere schedule for NBC’s fall shows (new programs are in all caps):