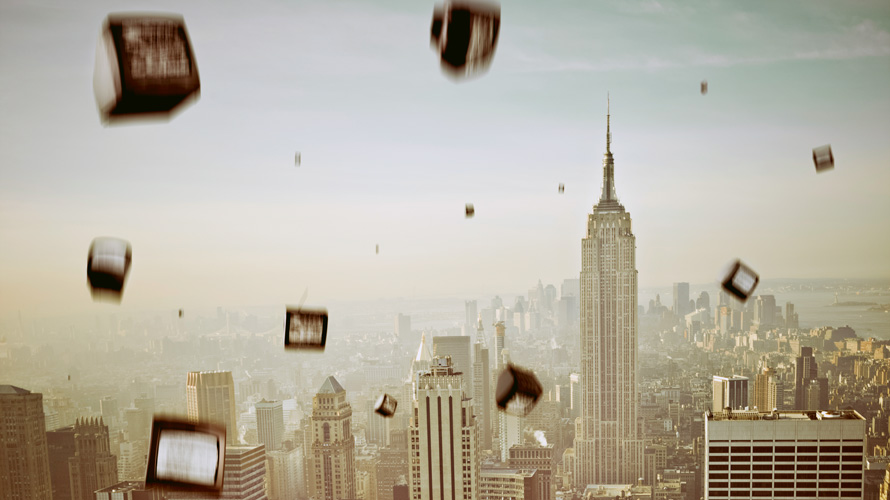 Linear TV ad spend will see an estimated 41% drop in March/April and 35% in May/June, according to buyers. - Credit by Getty Images

While the impact of the novel coronavirus on the TV industry has already been seismic, ad buyers are now painting a grim picture of the fallout, which they expect will continue well into next year.

Linear TV ad spend will fall an estimated 41% in March and April, and buyers also expect to spend 20% less in the upcoming upfront marketplace than they had initially planned, according to a new Interactive Advertising Bureau survey of 390 media buyers, planners and brands about how COVID-19 has affected ad spend.

Of those surveyed, 74% think the novel coronavirus pandemic will have a bigger impact on advertising than the 2008 financial crisis.

As buyers and networks have been enacting new strategies in the wake of COVID-19, 70% of buyers said they have adjusted or paused their planned ad spend; another 16% are still deciding how to proceed.

Almost one-quarter of respondents (24%) said they have paused all advertising for the rest of Q1 and Q2; another 46% said they have adjusted their ad spend during the same timeframe.

Traditional media spend will fall an estimated 43% in March and April vs. initial media plans, and drop 35% in May and June. For linear TV specifically, the falloff will be 41% in March/April and 35% in May/June.

Digital ad spending is also dropping, but at a slightly lower rate—38% in March/April, and 28% in May/June—and will rebound quicker than traditional media, according the survey.

Those proceeding with their media spends are looking at new methods of trying to reach audiences. The use of audience targeting has increased 38% among respondents, while OTT and connected TV device targeting is up 35%.

The coronavirus’ impact on TV advertising will be long-lasting: 73% of buyers said COVID-19 will affect their upfront budgets, and overall, they expect to spend 20% less in the upfront as compared to the original plan.

As Adweek reported on Thursday, COVID-19 has left the upfront marketplace timetable in doubt, with several buyers and media companies doubting whether negotiations will be able to take place in the usual late spring/summer timeframe.

Meanwhile, several brands have been reevaluating the tone of their current ads amid the pandemic. Among advertisers, 63% have changed their messaging, with mission-based marketing increasing by 42% and caused-related marketing seeing a 41% jump as a result of COVID-19.

The new IAB survey, which is available here, comes on the heels of a revised Magna Global forecast that projects steep advertising declines across the board, with linear ad sales expected to drop 12% in 2020 and 2021.