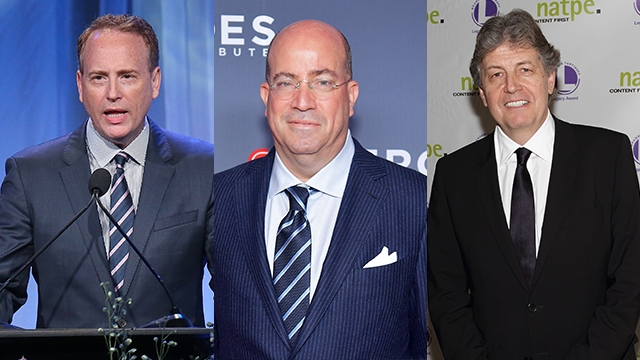 AT&T had decided to keep Time Warner (now called WarnerMedia) relatively untouched until the Justice Department had ended its efforts to break up the $85 billion merger. But after the DOJ had thrown in the towel last Tuesday, all bets were off.

Today, WarnerMedia CEO John Stankey unveiled a major restructuring of the organization, under which many assets that had been traditionally siloed off, including HBO, Turner Sports and news, will be integrated with central oversight.

And Gerhard Zeiler, appointed WarnerMedia chief revenue officer, will head up the new WarnerMedia Affiliates and Advertising Sales Group. The former Turner International president will oversee WarnerMedia network affiliates sales and ad sales for Turner, sports and news. That includes the Turner Ad Sales team led by Donna Speciale, who is remaining with the company.

Last Tuesday, a federal appeals court rejected the Department of Justice’s appeal of the government’s antitrust suit against the $85 billion AT&T-Time Warner deal. That afternoon, the DOJ said that it has “no plans to seek further review” of the merger, which signaled the end of its efforts to block it—and gave AT&T the green light to begin implementing its overhaul.

“With last week’s Appellate Court decision behind us, we have the opportunity to evolve our organization in some fundamental ways to optimize growth and maximize the benefits of the merger,” said Stankey in his memo. “To this end, we will organize our company around entertainment networks, live programming, content production and affiliate and advertising sales.”

The arrival of Greenblatt, who stepped down from NBC last September, “will provide us with the agility and flexibility needed to build our brands across a variety of evolving distribution models with a more coordinated approach to our original programming,” said Stankey. “Bob is an outstanding, well-respected industry executive with strong relationships with talent and a combination of experience in both the production and programming sides of the business that gives him a unique understanding, appreciation, and expertise running and growing a content business.”

In Zucker’s new role, he will “capitalize on the importance of live news and sports content, as well as helping to build on the strengths of the company’s two industry-leading digital properties—CNN.com and Bleacher Report— to benefit consumers and advertisers in their respective market segments,” said Stankey.

As for Zeiler, who will now head up all of WarnerMedia’s ad sales, Stankey said he “has broad experience in both public and commercial broadcasting sectors across multiple geographies. In addition, his extensive experience leading the distribution and commercial operations of CNN’s international services, Turner’s international joint ventures and all licensing activity outside of North America gives him a well-rounded background and expertise in running and successfully growing revenues for media companies.”

The changes, Stankey indicated, will likely lead to administrative layoffs. “At a time when we must shift our investment focus to develop more content for specific and demanding audiences on emerging platforms, we can’t sustain a model where we invest one dollar more than necessary in the administrative aspects of running our business,” he said. “Put simply, our priority is to direct resources to product development and innovation. The separate administrative structures that exist at Turner and HBO will become more integrated.”