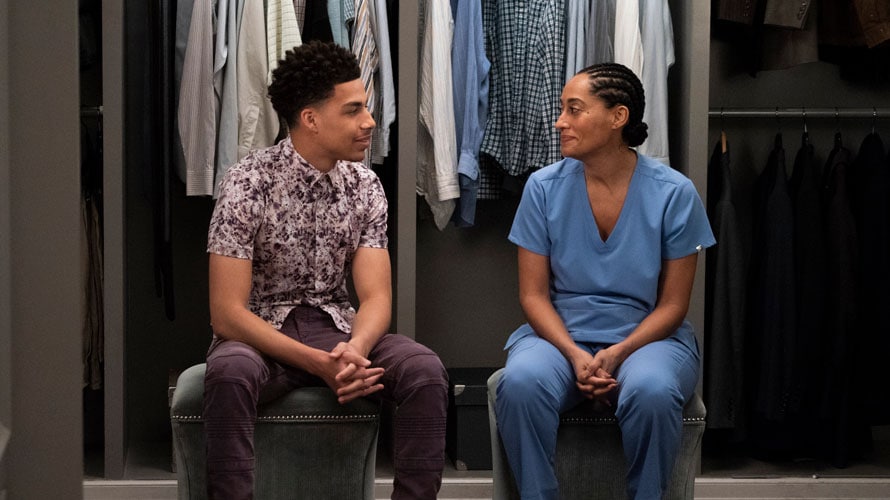 Mixed-ish will look into Rainbow Johnson's past as a mixed-race black woman and her life in the 1980s. - Credit by ABC

Writer and producer Kenya Barris has scored another win, launching a second spinoff from the acclaimed ABC Network sitcom Black-ish. This new spinoff, Mixed-ish, will follow Rainbow Johnson’s experience growing up in a mixed race home in the 1980s.

As a regular viewer of the original series, the show often points out that Rainbow is “blackish” by making her racial makeup a constant theme. Let’s ignore for a moment the fact that this pushes this stereotype of what a mixed individual would look like, as if you have to be a child of a mixed-race couple to have certain features.

In most film and entertainment media, racially ambiguous or mixed people are almost always presented as the face of blackness. The selection of this particular experience, from a show with a clear and wide range of issues to choose from, feels a bit tone deaf.

Dark-skinned black people are so few and far between in Hollywood narratives, and to give yet another show about the lives of light-skinned black people is erasure, at worst.
From a plot perspective, they have covered colorism in a number of ways, but the most surprising episode focused on the youngest daughter Diane (played by budding actress and producer Marsai Martin). Centering an entire episode on Diane’s unique experience with having the darkest complexion in her family—and seemingly in her school as well—opened the show to a narrative that they barely address.

If Tracee Ellis Ross’ character Rainbow were originally played by a dark-skinned actress, then she would have been able to have richer and more nuanced conversations with her daughter in that episode. Knowing that, the casting of Tika Sumpter as Bow’s mother in the new series, a role normally played by a fair-skinned Anna Deavere Smith, similarly feels a bit off. These are two women who would experience completely different lives in real life. Different lives as women, first and foremost, and when the job of raising children is involved, they would have extremely different experiences as a dark-skinned mom sharing with her lighter skinned daughter versus a light-skinned mom sharing with her light-skinned daughter.

Dark-skinned black people are so few and far between in Hollywood narratives, and to give yet another show about the lives of light-skinned black people is erasure, at worst. Even though statistics across multiple studies (and dating sites) have shown that there is a preference for their lighter skin, this feels poorly considered at best. It’s a popular theme in Hollywood to whitewash actors—especially actresses—in a thinly veiled attempt to better market the film. One of the most recent times in public memory is the casting of Zoe Saldana cast as Nina Simone in her biopic.

It is easy to appreciate what Barris’ shows have brought to social conversations through his characters and his take on the black American experience. Biracial, mixed individuals have valid and unique issues, and this could be a new opportunity to broaden the conversation about how people self-identify. However, Black-ish already implies a spectrum of blackness, and seeing as one its best episodes covered colorism, Mixed-ish feels unnecessary. It’s an extension of a conversation that already regularly takes place in the two former shows.

As a fan of both Black-ish and Grown-ish, I will be tuning in regardless because I’m rooting for everybody black, but I’ll have a brow raised until proven otherwise.

@dnyree Denitria Lewis is a digital marketer identifies what’s next while keeping a keen eye on the platforms that are reshaping and moving the culture forward.