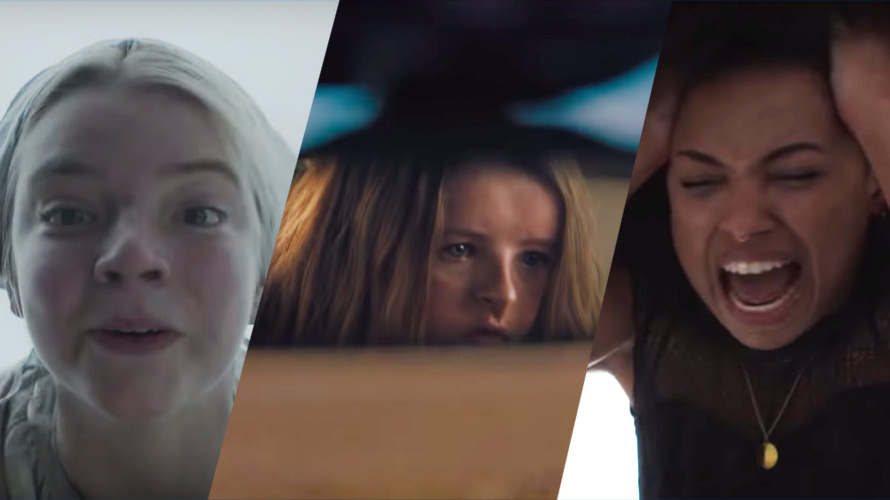 From l. to r., The Witch/The Vvitch, Hereditary and The Perfection are among our recommendations of modern horror classics to stream this Halloween. - Credit by A24, Netflix

Halloween is no longer just about severed limbs and haunted houses. Modern horror films have branched out from blood-curdling screams into more creepy and unsettling fare that’s every bit as terrifying. (They’ve also revolutionized movie marketing along the way.)

While you’ll find plenty of modern horror classics streaming now, it’s too early to find 2019 hits like Midsommar and Annabelle Comes Home, though you can rent or buy both through Amazon Prime Video. And if you’re the Halloween year-round kind of person, there’s also the dedicated horror-only streaming service Shudder, which is the only place you can see the acclaimed Mexican sensation Tigers Are Not Afraid.

But if you’ve spent all your money on Halloween candy, here are our picks for the best modern horror movies to stream now.


In Robert Eggers’ Colonial-era film, getting away from organized religion only leads a family into the terrors of the new world they’ve settled. But The Witch also tells a more intimate story about the everyday horrors of society, even within families. You’ll find yourself reassured that there is an actual witch in the story.


Scream gave permission for horror films to be funny, too, and Happy Death Day is the most fun you can have while watching a college student solve her own murder. “Groundhog Day, but make it horror” is the premise of this supernatural slasher that’s driven by the strength of Jessica Rothe’s performance as the young woman whose life is already hard enough without adding death into the mix.


There are more ways than ever to find out about your ancestry, but do you really want to know? Ari Aster stunned the world with his directorial debut about a grandmother whose death unleashes the family secrets she’d been keeping onto her daughter and grandkids. It’s a creepy-to-your-bones exploration of trauma’s effects that will have you sleeping with the lights on for days afterward.


Get Out’s Allison Williams—if she’s angling for scream queen stardom, we’re not objecting—plays a former star cellist who confronts prodigy Logan Browning, who has taken her place. While there are shades of Black Swan, The Perfection veers into a gory thrill ride through China’s countryside with some truly wild twists, courtesy of the Korean cinema that inspired it.


Influencer culture and its relentless pursuit of the perfect life—at least, as it’s defined on Instagram—can warp the people hustling for fame. But it can also fester jealousy in those who don’t have the money or clout to keep up. When two women on opposite sides of the social media spectrum meet at a reunion party, their online resentments start turning deadly in reality.


Getting an invitation you didn’t expect is a classic sign you’re in a scary movie. Whether out of masochism or some misplaced hope of winning his ex-wife back, Will (played by Logan Marshall-Green) goes to a dinner party at her place with her new husband and their friends. But is the plot he’s piecing together just paranoia, or should he be afraid? Karyn Kusama, of the recently redeemed Jennifer’s Body, directs this taut psychological thriller.


A mother loses her husband in a car crash on the day of their son’s birth, a loss they both feel but neither can express directly until their anxiety and resentment take the form of a giant, croaking creature called the Babadook. Excellent practical effects emphasize that what’s in your head can be very much real and that slaying it requires the same courage and strength.

The Babadook trailer
@thisiskis eva.kis@adweek.com Eva Kis is the online editor at Adweek.