Sports personalities are hooking audiences in a new way 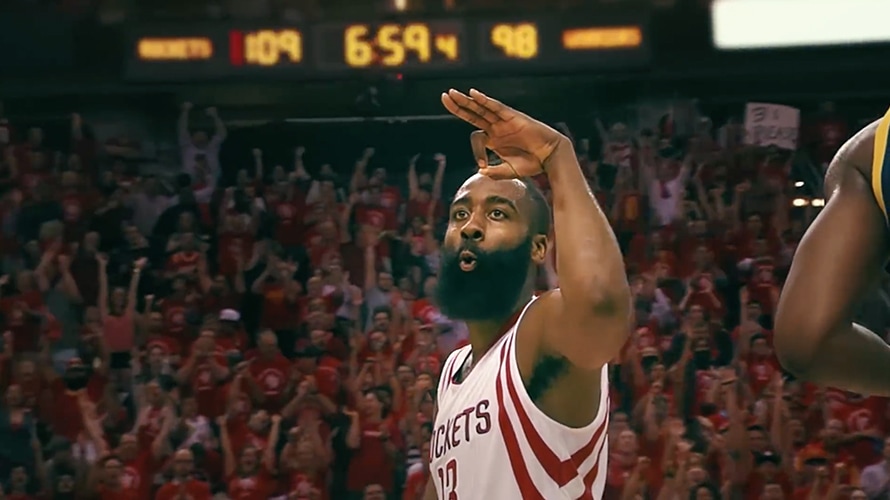 More and more brands are pairing up with athletes to represent them.
Adidas
Share
By Sydney Lucken
|
January 29, 2019
Share

Celebrity endorsements are by no means a new phenomenon. For decades, brands have been investing their marketing budget into celebrities and athletes all in an attempt to attract, engage and retain their audience’s attention.

Now, however, there seems to have been a shift in approach. Brands are no longer using such figures to simply catch the eye of their audience but instead focus their attention on finding stars that truly align with, represent and share their values.

Here are three brands who are successfully incorporating sports personalities into their marketing strategy.

Lucozade Sport: “The Next Move” with Anthony Joshua

The nine-minute documentary follows heavyweight world champion Anthony Joshua as he surprises a 19-year old volunteer coach from B-Active with a training session.

Give your audience something to take away beyond their fandom

When using a celebrity as part of your content strategy, it’s essential not to be lazy and simply expect people to watch because their favorite sportsperson is involved. You want people to not only watch but enjoy your content, remember it and come back for more. In this documentary, Lucozade goes beyond creating a simple sales pitch video. They collaborate with Joshua to achieve a much bigger, more wholesome goal of inspiring people to be active.

It’s crucial before you start a partnership to determine whether it is going to be solely for one piece of content or if it’s a long-term investment that you want to nurture and incorporate into your brand’s personality. Lucozade Sport partnered with Joshua in 2016 and have not looked back since, with the boxer becoming an official brand ambassador and fronting their new FitWater launch as well as the ongoing “Made to Move” campaign.

Adidas: “Imma Be a Star” with James Harden

Narrated by the basketball pro’s mother, Monja Willis, the one-minute spot chronicles James Harden’s journey from playing in his driveway as a child to his being named the NBA’s Most Valuable Player.

One of the biggest marketing trends of this year is storytelling. Audiences not only want to be taken on a journey, but they want to connect with the brands they purchase from. With this ad, Adidas ticks off both of those boxes.

Just as with Joshua and Lucozade, Harden and Adidas work together to create something with far more impact than a basketball player scoring a few points with the right shoes on. Harden, who to the casual observer of the sport may be better known for dating a Kardashian and being criticized for his somewhat lethargic approach to defense, reminds us that beyond the headlines, his journey to MVP is the product of hard work, talent and support from his number one fan: his mother. This leaves audiences not only inspired but intrigued to see more from the partnership.

Pinpoint the “why” behind your partnership

Finding the perfect celebrity face for a brand is only half of the battle. The other half is undoubtedly money. Sports personalities, after all, do not come cheap and any brand who embarks on a partnership should think hard about whether a celebrity really coincides with the brand’s image. For Adidas, Harden was the perfect fit, not only because of his notoriety and talent, but in their own words, “he epitomizes who we are” in terms of style and personality.

The one-minute promo chronicles Olympic gold medal skier Lindsey Vonn on her skiing journey and her resilience to recover and compete in the PyeongChang Winter Olympics after several serious injuries.

Consider your purpose, message and audience

Do not choose someone just because you think your audience will like them or because they will generate controversy. NBC Sports’ decision to create a film starring Lindsey Vonn ticks all of these boxes: her journey and perseverance coincide with NBC Sports’ purpose and message of bringing “the greatest moments of sports history into millions of homes across America,” as well as appealing directly to their core audience of passionate sports fans.

What type of content do you think would work best to showcase your partnership? An ad? A series of films? A documentary? NBC Sports opted for a continuous, short-form series format, one which evokes an emotional response through brief and punchy brand storytelling while also providing their audience with a repertoire of other inspirational content to explore as and when they want to.

The key to successfully incorporating a sports personality into your content strategy is to think about the end at the beginning. Go into the partnership with clear objectives regarding what the content needs to accomplish and why a celebrity is best placed to help you achieve those goals. Once you have determined the purpose of your content and are prepared to collaborate wholeheartedly with the personality in question, it’s only a matter of time until you’re creating content that truly attracts, engages and retains your audience’s attention.

@navigatevideo
Sydney Lucken is the business and marketing executive at Navigate Video.