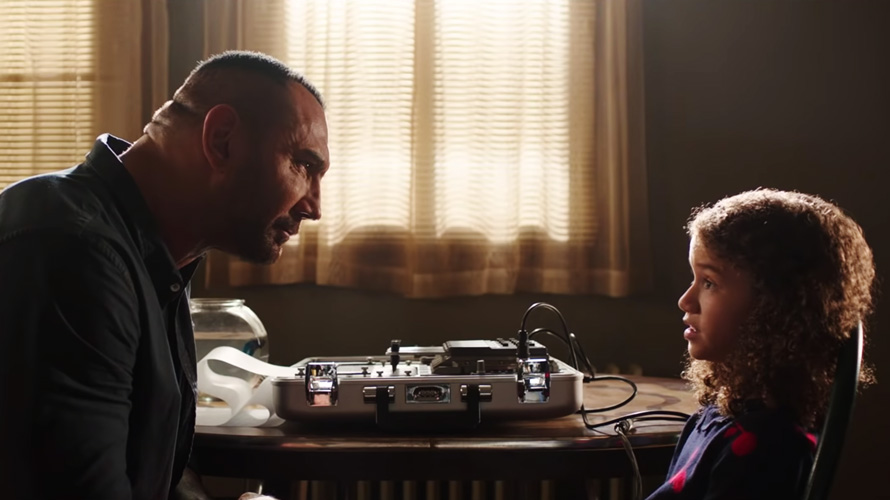 My Spy was supposed to be released in theaters April 17, but will debut on Amazon Prime Video instead. - Credit by STX Entertainment

Amazon Studios has scooped up the rights to stream the movie My Spy, the company announced today. The acquisition makes the David Bautista action comedy the first film intended for a 2020 theatrical release that will instead debut on a subscription streaming service after its premiere was canceled in the midst of the COVID-19 pandemic.

My Spy follows Baustista as JJ, an undercover CIA operative who finds himself having to work alongside Sophie, a precocious 9-year-old who has discovered JJ’s identity and has requested he teach her to become a spy herself. The film, from STX Films and MWM Studios, was slated to premiere in theaters on April 17.

Instead, it will debut on Amazon in the U.S. and several other international territories, an Amazon spokesperson said. The company has not yet set a new premiere date for the film.

As movie theaters around the country have shut down—likely for several months—over concerns about the spread of COVID-19, distributors have looked for alternate ways to release their films.

Several major film distributors have opted to make recently released films available to purchase on transactional video-on-demand platforms like iTunes, Fandango Now and Vudu much sooner than the traditional 90-day window between theatrical releases and VOD availability. The move to make films available to rent or buy at the same time has boosted TVOD services considerably by giving them a leg up in the home entertainment space amid a near-nationwide shutdown.

Others are moving their films quickly to subscription streamers, like Disney’s Onward, which debuted on Disney+ this month after opening in theaters in March.

While movie studios still want to delay its would-be blockbusters like Black Widow, F9 and Wonder Woman 1984 until it is safe for theaters to reopen around the world, more of them will seek other distribution options for its smaller-budgeted films.

Disney said that its film Artemis Fowl, which had been scheduled for theatrical release on May 29, will instead go straight to Disney+ later this year. And The Lovebirds, a comedy film from Paramount starring Issa Rae and Kumail Nanjiani, is reportedly heading over to Netflix after its planned April 3 theatrical release was canceled due to COVID-19, but Netflix and Paramount still haven’t confirmed that move.