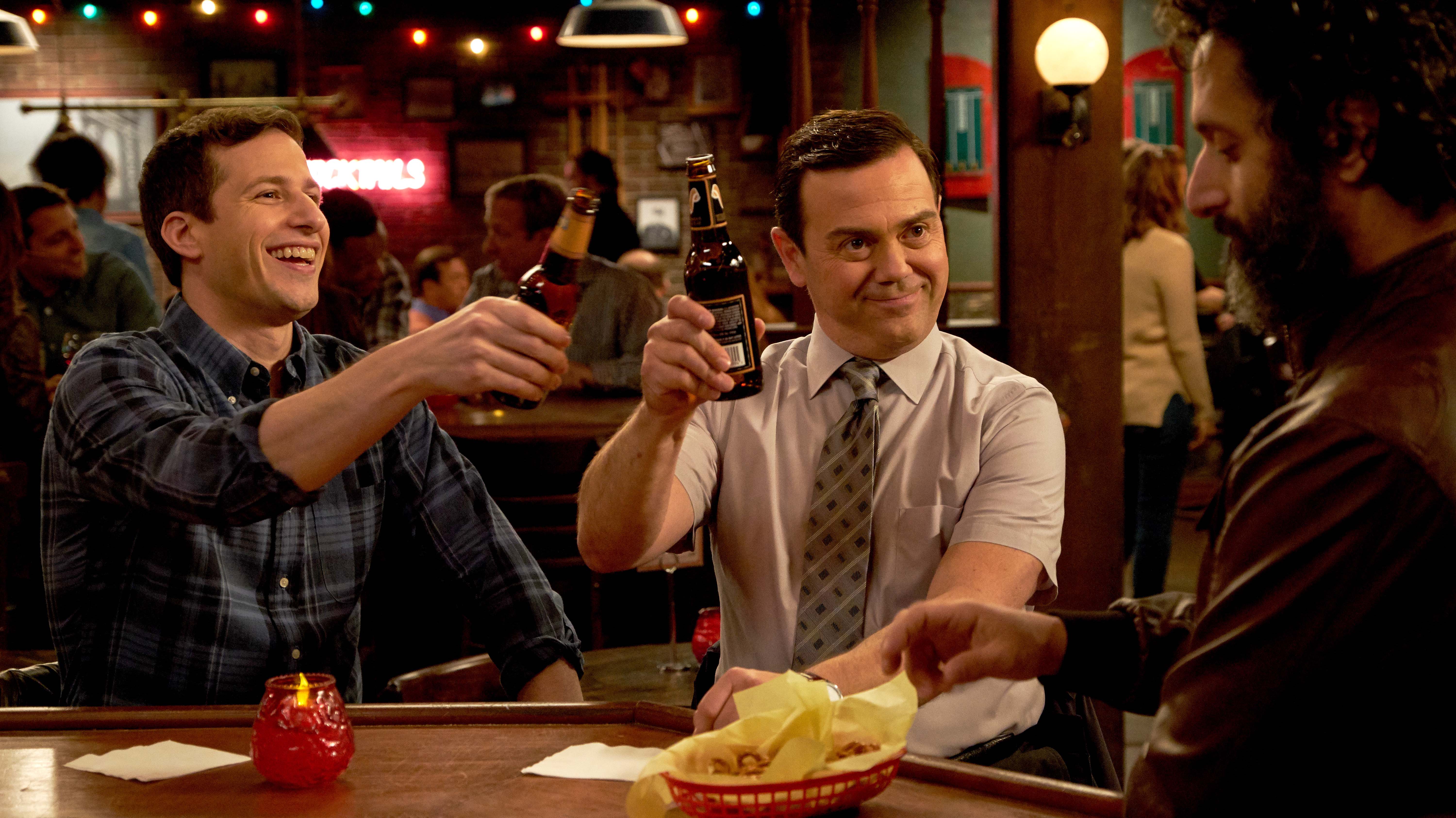 After Brooklyn Nine-Nine wraps its fifth season on May 20, it will relocate from Fox to NBC.
Fox
Share
By Jason Lynch
|
May 12, 2018
Share

Step aside, Last Man Standing: yet another canceled broadcast sitcom has come back from the dead.

NBC has picked up Brooklyn Nine-Nine for a sixth season, the network announced late Friday night. The network placed a 13-episode order for the series, just one day after Fox had canceled it.

As is the case with many shows or pilots that aren’t picked up for a new season in May, the producers and studio behind the Andy Samberg comedy spent the past day frantically searching for a new home. However, the show’s most likely landing spot, Hulu—which has exclusive SVOD streaming rights to past seasons of Brooklyn Nine-Nine—passed on it Friday.

NBC was also a logical new home for the series, which is produced in-house at NBCUniversal by Universal Television. Samberg got his start on Saturday Night Live and Mike Schur (who executive produces the show alongside Dan Goor), already has two other series on the network: The Good Place, which has been picked up for Season 3, and new comedy Abby’s, which NBC just ordered to series this week.

“Ever since we sold this show to Fox I’ve regretted letting it get away, and it’s high time it came back to its rightful home,” said NBC Entertainment chairman Robert Greenblatt in a statement. “Mike Schur, Dan Goor, and Andy Samberg grew up on NBC and we’re all thrilled that one of the smartest, funniest, and best cast comedies in a long time will take its place in our comedy line-up. I speak for everyone at NBC, here’s to the Nine-Nine!”

On Twitter, Goor said the social media outcry from Brooklyn Nine-Nine’s fans after Fox’s cancellation helped convince NBC to pick the series up.

Hey everyone, just wanted to say no big deal but....
NBC JUST PICKED #BROOKLYN99 UP FOR SEASON 6!!!
Thanks in no small part to you, the best fans in the history of the world!

This is the second canceled broadcast series to find a new home today, after Fox announced it had picked up Tim Allen’s Last Man Standing, one year after the sitcom ended its six-season run on ABC. Prior to that, a broadcast series hadn’t jumped networks since CMT rescued Nashville two years ago.

NBC will announce its 2018-19 schedule on Sunday, one day before NBCUniversal’s upfront event on Monday morning.