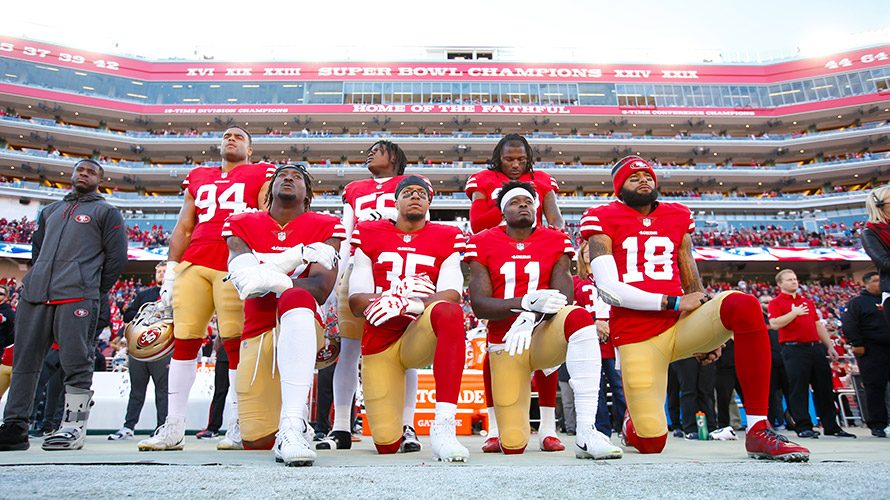 NFL advertisers threatened to pull their ads earlier this season over coverage of the national anthem protests. - Credit by Getty Images

This year’s 10 percent decline in NFL ratings didn’t keep advertisers from paying more money than ever before—north of $5 million—for a Super Bowl ad. And while some NFL advertisers expressed concern over coverage of national anthem protests during the regular season, their anxiety didn’t spill over into Super Bowl ad sales.

Last fall, some advertisers tried to distance themselves from coverage of the NFL national anthem protests, threatening to pull their ads over the controversy, though none ultimately did. But when it came time to negotiate for Super Bowl ads, the protests were a non-issue.

“Nobody that we’ve approached has said we’re not interested because of what’s going on,” said Dan Lovinger, evp ad sales, NBC Sports Group. “The Super Bowl transcends the league itself and all of those things that have come up in the past year and a half. I think advertisers recognize that, and this is the only event I know in television where people actually say they come to the screen to watch the ads more so than the content itself.”

Earlier this month, Super Bowl LII executive producer Fred Gaudelli said NBC would cover any national anthem protests that may occur during the Super Bowl, and while the controversy had “died down” since Thanksgiving, “it’s certainly possible that it could happen again.”

NBC is looking at $500 million in ad revenue on Sunday ($350 million of which comes from in-game advertising, where 30-second spots are selling for more than $5 million each), which is more than any media company has ever collected in a single day. Beginning on Sunday, NBC Sports is on track to make $1.4 billion in ad revenue over 22 days, between Super Bowl LII and the Winter Olympics, which starts four days later.

As is the case every year, a “handful” of brands negotiate Super Bowl overtime ads each year and are “on the ready” if history repeats itself. However, interest in those slots wasn’t stronger than usual, even though an overtime Super Bowl spot is “probably the best value you could buy,” said Lovinger.

While NBC Sports will roll out six-second ads for the first time during the Winter Olympics, which kick off four days after the Super Bowl, they won’t be a part of Sunday’s game. “At the end of the day, it doesn’t make economic or creative sense for us to do it right now,” said Lovinger.