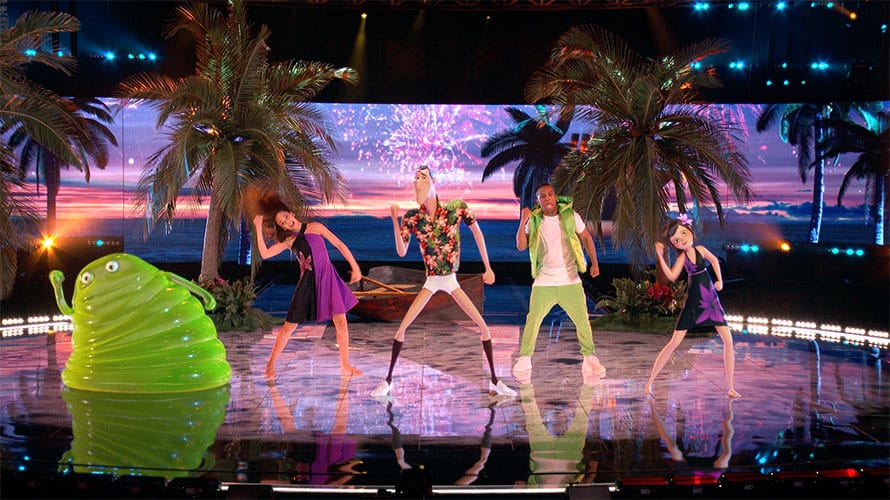 When Mark Marshall took over as NBCUniversal’s evp of entertainment advertising sales in October 2016, he knew he had some heavy lifting to do when it came to convincing wary brands to advertise in NBC’s unscripted lineup.

Because of that, “I banned the word ‘reality’ for a period of time,” given the genre’s “negative connotations” across the industry, said Marshall. “We wanted to widen the aperture of what marketers thought reality programming is.”

With a brand-friendly summer slate that includes America’s Got Talent, American Ninja Warrior and World of Dance, and a new slogan for NBC’s alternative programming—“positively real”—Marshall believes he has now done that.

“Fans respond to it, and it works well for the stories,” said Marshall of the American Ninja Warrior integrations. He added that the show is a good fit for theatrical brands, as family members are watching it together during summer vacation.

In addition to the theatrical integrations, American Ninja Warrior landed Jeep as a season-long sponsor, with a branded obstacle and warm-up area, as well as other custom content.

In search of brands “that share DNA with the programming,” Marshall pitched Jeep agency UM on the partnership. “To me, Ninja Warrior fit so well with Jeep. That was the first one that was part of this new rebranding that really took shape in terms of making sure we’re aligned with the right brands,” he said.

As for the network’s most popular unscripted show, America’s Got Talent, Dunkin’ Donuts has returned for the third year to sponsor the entire season.

“These integrations work for both audiences and advertisers because NBC and our partner brands are natural extensions of one another,” said Telegdy. “We look for opportunities to extend the narrative in a way that feels organic to the show and we think audiences appreciate that”

With the “positively real” focus, Marshall set out to win over clients who had previously had a blanket no-reality policy. “This was our chance to go out there and say, ‘what we do is not traditional reality,” said Marshall.

In his pitch to brands, Marshall draws parallels between contestants on NBC’s unscripted shows and the Olympic athletes showcased on the network during the Games coverage. “What Paul’s team has created, I always says it’s much more akin to how we tell stories in the Olympics, because it’s about the background of the athletes and the stories of the competitors, much more than the judging of those people,” said Marshall.

Explained Teledgy, “Our programming is inclusive and provides an opportunity for families to come together and be entertained. We pride ourselves in having a distinct way of exploring challenges, celebrating victories and showcasing stories that viewers can relate to and be inspired by. The fact that our advertising partners share our goals and values is what makes our partnerships work so well.”