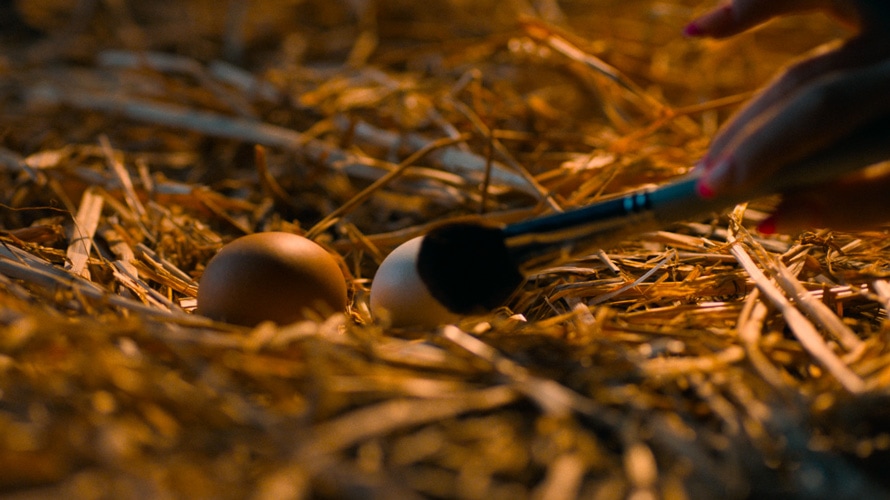 Eggs get the star treatment in teaser ads for NBCUniversal's upcoming service, Peacock. - Credit by NBCUniversal

NBCUniversal’s upcoming streaming service Peacock doesn’t debut until April, but the company is kicking off its marketing campaign today during the Golden Globes, which air on its broadcast network NBC.

The broadcaster is rolling out the first spots for the new streaming service today, running three 15-second teaser ads during the awards telecast hosted by Ricky Gervais. This afternoon, NBC will shout out Peacock during its telecast of the NFL Wild Card playoff game between the Philadelphia Eagles and the Seattle Seahawks.

The teaser ads and the campaign are intended to be a cheeky reference to Peacock’s warm-blooded namesake and take advantage of National Bird Day, which is on Jan. 5 every year. In one of the ads, two eggs are shown in a nest: one of them gets touched up by a makeup artist.

The spots that make their linear debut during tonight’s Golden Globes telecast will similarly play on Peacock’s name and feature eggs that get some extra care and attention.

The spots don’t highlight any of the content that will be featured on the service, nor do they include information about when Peacock will launch or where interested viewers may be able to find out more information.

Nonetheless, the placement during Sunday football and the Golden Globes is a near-surefire way for the Peacock promos to be seen by millions. The Golden Globes has been one of the most-watched entertainment programs every year. The 2019 telecast hosted by Sandra Oh and Andy Samberg attracted 18.6 million viewers and drew a 5.2 rating among adults 18-49. Meanwhile, regular season NFL ratings jumped 5% this season to 16.5 million; NBC’s Wild Card playoff game should attract around 30 million viewers.

Peacock is NBCUniversal’s biggest swing yet into the streaming space, which has long been dominated by digital natives like Netflix and Hulu. Most of the details about the new offering, including pricing, haven’t been announced—other than several major NBCUniversal-produced shows like The Office will eventually migrating over to the service.

The company will share more information about the service next week, during an investor day scheduled for Jan. 16.

In the meantime, today’s NBC rollout indicates that NBCUniversal has big plans to leverage its existing media footprint for the benefit of its fledgling service, much like how Disney used its own properties to help launch Disney+ last November.