A release date still hasn't yet been announced 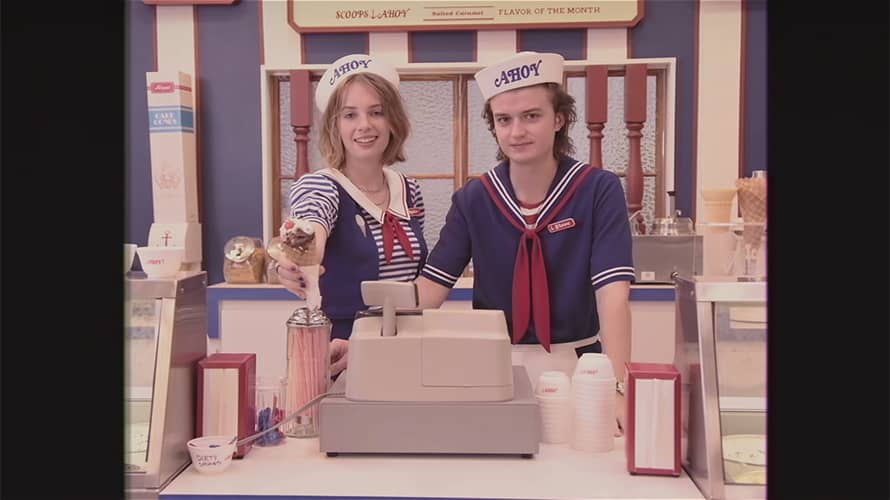 Netflix teased the upcoming third season of Stranger Things today with the release of a fake, ’80s-era ad that spotlights a new location for the show: Starcourt Mall.

Set in the summer of 1985, the short video shows fan favorite Steve Harrington, played by Joe Keery, and new character Robin, played by Maya Hawke (who is the daughter of Ethan Hawke and Uma Thurman) working at a fictional ice cream shop called Scoops Ahoy in the new mall. Starcourt Mall is located in Hawkins, Ind., where Stranger Things is set.

Other real stores featured in the spot include Gap, Waldenbooks and Sam Goody. Of the three mall staple brands, only Gap is still operational today.

The “summer 1985” opening date for Starcourt Mall would seem to indicate the time period for the third season. Season 2 took place around Halloween 1984, about a year after Season 1.

Precise details, such as when Season 3 will be available for streaming, were not released.