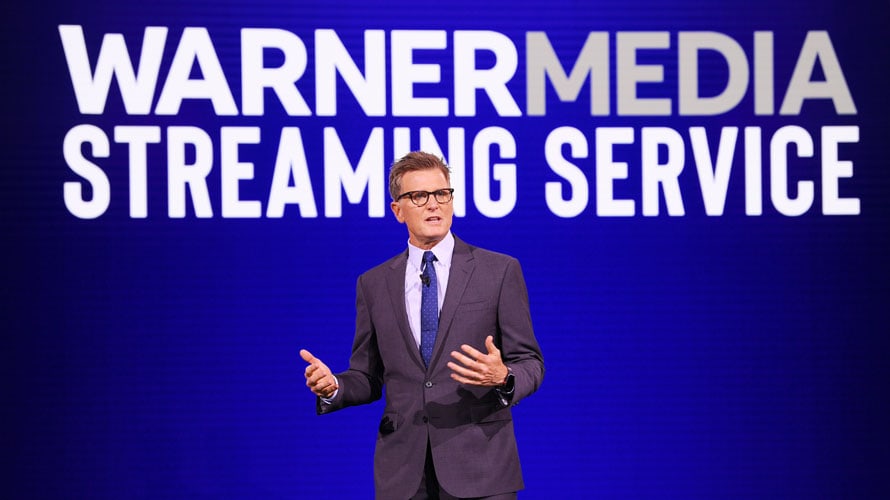 WarnerMedia, like NBCUniversal, gave its upcoming service a big upfront spotlight without offering any new details. - Credit by Getty Images

Another upfronts week has wrapped (if you missed any of Adweek’s upfront coverage, you can find it here), during which many of the presenting networks sought to assure buyers of their current linear stability while also making big promises—without providing any concrete details—about the future and the impact of their upcoming streaming services.

“Last year, ABC launched seven new shows in the fall and four at midseason, which I felt was just too many. Too many messages to get out there, and too much for consumers to be able to try to focus on,” said Burke, who instead has four new shows on tap for the fall (and three more for midseason) and will focus on “the few shows that we really think can break through.”

With its shift away from “putting on something new for the sake of trying something new,” ABC hopes to prevent “the tremendous churn that tends to happen when you pick up so many new shows and you have to launch so many huge shows,” said Burke. “We just don’t have marketing budgets to launch all those shows properly and to give that many messages to the viewers. And so you end up having shows that suffer for not having those strong campaigns. And in this cluttered marketplace, it’s not fair to shows and it’s not fair to viewers.”

NBC is adding three shows to its fall lineup and making changes on just two nights this fall: Monday and Thursday.

CBS also opted to deploy its five new fall shows (three comedies and two dramas, which is more than any other broadcaster) also on Monday and Thursday nights. “It allows us to focus our promotional resources and our efforts toward two nights,” CBS Entertainment president Kelly Kahl told reporters, adding that the new schedule is “stable but not sleepy; aggressive but not reckless.”

The CW brought back all five of its freshman shows, almost unheard of among broadcasters, and will be adding only two new shows in the fall.

While Fox was a bit more in flux than its rivals, the network, which is debuting four new programs this fall, touted its future stability: starting this fall, it will feature Thursday Night Football followed by WWE’s SmackDown Live (airing Fridays for 52 weeks a year), Fox College Football on Saturday and its Sunday night animation lineup.

The only outlier on the linear stability front last week was WarnerMedia, which, in a risky move, said it would be blurring the branding of networks TNT, TBS and truTV.

As they assured marketers of their linear stability, several companies—most notably, NBCUniversal and WarnerMedia—also devoted a big part of their respective presentations to discussing their upcoming streaming services, due out in the next year. However, they didn’t share any new specifics about the services, like names, nor did they mention a single original or library title that will appear on them.

Linda Yaccarino, chairman of advertising and client partnerships for NBCUniversal, told attendees that her company’s ad-supported OTT platform, rolling out “by mid-next year,” will be “the largest initiative in our company’s history.”

But she offered no new details, only reiterating that it would include “a slate of new originals and a gigantic library of old favorites.” Yaccarino hinted that the NBCU-owned series The Office—Netflix’s most-streamed show last year—will be coming to the service when she said, “the shows that people love the most and stream the most are coming home.”

She also stated the service’s content lineup would include “everything you saw today [at the upfront] on a scale you can’t possibly imagine.”

Two days later, WarnerMedia was equally enigmatic. Kevin Reilly, president of TBS and TNT and chief creative officer, WarnerMedia direct-to-consumer, said that the company’s OTT service would debut “early next year,” which seemed to indicate a change in the previously announced plans that the offering would roll out in beta by year’s end. WarnerMedia later clarified to Adweek that despite Reilly’s remark, the original timetable remains unchanged.

That company, too, declined to elaborate on a single title that would be available on the service, other than a generic reference to “library content and originals.” WarnerMedia, Reilly said, was making “a commitment to long-term value creation” as opposed to the “binge and burn mentality” of other streaming services.

The closest thing to an actual detail at WarnerMedia’s upfront was Conan O’Brien’s onstage joke about the offering’s slogan: “Make WarnerMedia your seventh streaming service.”

Disney, which last month shared an abundance of information about its Disney+ streaming service, also had little to say last week about its plans for Hulu now that it has assumed full operational control from Comcast. But at least in this case, the company had a good excuse: the deal closed just hours before its upfront event, so details were still being worked out.

The CW, which billed itself in its event as “the premier multiplatform network,” has made its content available online for a decade. Yet that company’s streaming future is also up in the air, as its Netflix deal, under which full seasons of the network’s shows appear on Netflix just eight days after their season finales air on The CW, expires this year.

CW president Mark Pedowitz said the company’s owners CBS and Warner Bros. will have to decide how to approach a new streaming deal, but that there will be “no change whatsoever” in the network’s strategy. He said it’s “too early for us to comment” on the WarnerMedia streaming service and whether the network’s shows could end up there instead of Netflix.

“We have complete confidence in our digital service and we’ll continue to stay in that lane,” said Pedowitz on The CW’s free, ad-supported OTT service. “We know how to do this ad-VOD piece on multiplatform probably better than anybody in the business.”

CBS, the broadcaster with the most accomplished streaming strategy, thanks to CBS All Access, took a moment during its presentation to remind buyers that it’s far ahead of its competitors in that space.

“You’ve heard a lot about OTT this week. Here at CBS, we’re not crawling into the streaming space—we’re already running,” said ad sales chief Jo Ann Ross. “And we’ve been ad-supported since we started five years ago.”