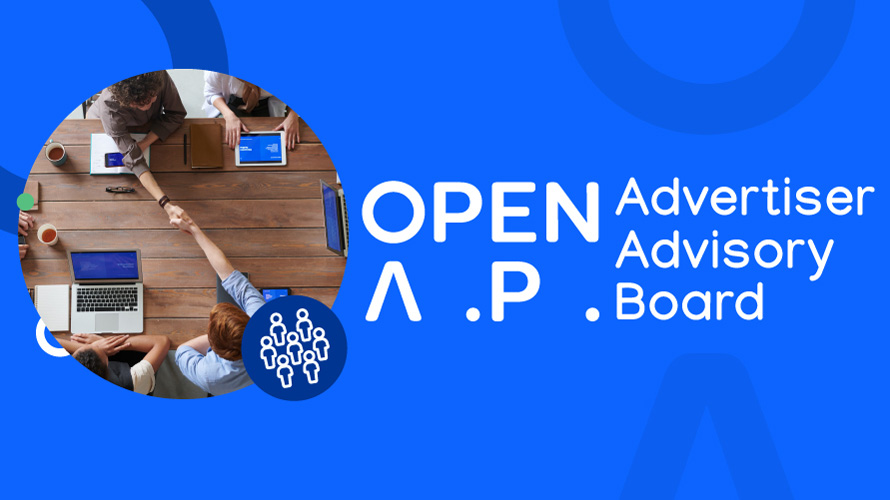 OpenAP's advertiser advisory board is made up of 17 agency and brand leaders who have been involved with advanced advertising. - Credit by OpenAP

One day after AT&T expanded its Xandr Invest audience targeting platform into a true rival, OpenAP is making some news of its own.

The consortium announced today it has created an advertiser advisory board made up of agency and brand leaders who will help influence the development of OpenAP Market, which launched last October and offers advertisers cross-publisher audience segments for both linear and digital video.

The advisory board is comprised of members who have been involved with advanced advertising and are working to transform the way TV advertising is bought and sold.

“With OpenAP serving as the buy- and sell-side connector, the charter of our inaugural advisory board will be to fuel more action across the media ecosystem through greater collaboration, increased transparency and sophistication of buying that benefits all parties,” said OpenAP CEO David Levy in a statement.

The company’s 17 inaugural advertiser advisory board members are:

The group will meet twice each year. Its first meeting, held in January, was focused on optimization and measurement ahead of the upfront.

The advisory board was unveiled one day after Disney, WarnerMedia and AMC Networks had joined Xandr’s expanded OpenAP rival, Xandr Invest. While a Xandr exec told Adweek, “I don’t know if this is as much competitive as it’s complimentary” to OpenAP, the news sets up a face-off between the media companies aligned with Xandr Invest and those who back the OpenAP audience targeting platform: ViacomCBS, Fox, NBCUniversal and Univision.

WarnerMedia, which created OpenAP in 2017 with Fox and Viacom, pulled out of that audience targeting platform nearly a year ago. AMC Networks, for now, is the only media company that will be aligned with both offerings this upfront.