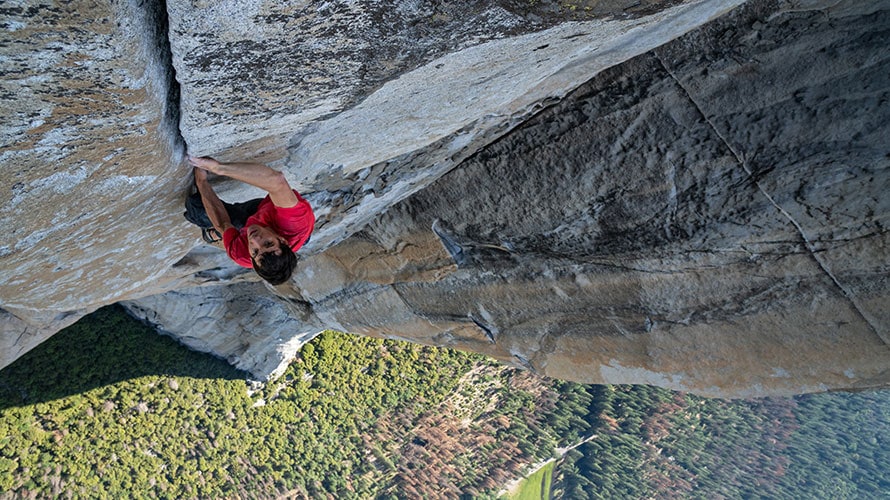 Free Solo—National Geographic’s hit Oscar-nominated climbing documentary—will finally make its way to the network. National Geographic will air the film on March 3, commercial-free,  which is a bit later than the original plan.

The documentary, which has been nominated for an Academy Award, follows free soloist climber Alex Honnold as he prepares to achieve his lifelong dream: climbing the face of the famous 3,200-foot El Capitan in Yosemite National Park, without a rope or gear (i.e., free soloing).

The network had always intended to air Free Solo during the first quarter of 2019 but pushed the premiere date back a few weeks to take advantage of its box office success, said Carolyn Bernstein, evp, global scripted content and documentary films for National Geographic, at the Television Critics Association’s winter press tour in Pasadena, Calif.

Now in its 20th week of release, Free Solo is 2018’s second-highest-grossing documentary in the U.S., earning $15.5 million so far. The movie is National Geographic’s first Oscar-nominated documentary since 2010’s Restrepo.

Honnold told reporters today that he spent two years preparing for the harrowing climb, during which any mistake would have resulted in his death.

“I thought through all the consequences, and I imagined what it would be like to fall off in different places,” said Honnold. “I would like to die on my own terms, doing the things I care about. …That’s at the heart of the film, choosing the way you want to live your life.”

He thought the “most likely scenarios” were that he would either successfully complete the climb, or he would never attempt it. To him, there was only a “small chance” that he wouldn’t survive the climb.

After all that preparation, the climb “played out exactly as I thought it would,” said Honnold.

The Free Solo crew was less certain about Honnold’s fate. “Well beyond when we stopped filming, it was hard on me,” said cinematographer Mikey Schaefer, who struggled with knowing that his friend “could perish in front of your eyes, and having to be mentally prepared for that moment.”

Even if Hannold had died during the climb, the filmmakers would have likely completed the film. “I think we were going to make it either way,” said editor Bob Eisenhardt. “I think to honor Alex, we would have tried to make the film.”

But Free Solo was always about more than just scaling El Capitan. “It’s not just a climbing film, and that’s why it works so well. It’s a human story,” said cinematographer Clair Popkin.

Now that he has conquered El Capitan, Honnold said he hasn’t set a new challenge for himself yet.

“My next goal is to survive the rest of the film tour,” he said. “I’m still training in the climbing gym, looking for other climbing goals. …There’s no obvious challenge like El Cap.”

Looking ahead, “I think I’ll be climbing my whole life for sure,” but “not on this level,” said Honnold, who isn’t sure how often he’ll be free soloing in the future.

“Free soloing has always been one small aspect of my climbing,” he said. “If I had to give up free soloing for the rest of my professional life, that would be fine.”