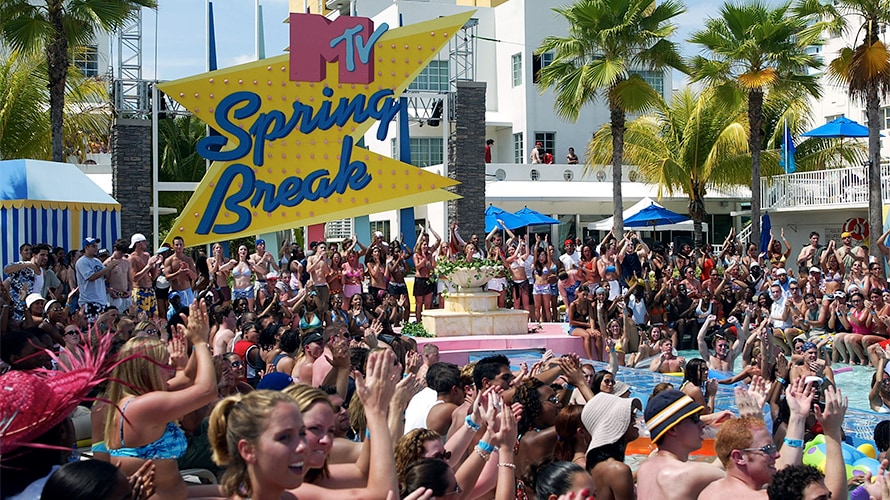 During the past two years as MTV president, Chris McCarthy has turned around the flagging network by reviving several of its most famous shows and brands, including Jersey Shore, TRL, The Real World, The Hills and Cribs.

Now he’s at it again, continuing the network’s push into the live event space by bringing back MTV’s annual Spring Break event. The event, which will unfold on linear, digital and social platforms, will take place March 19-21 at Cancun’s Grand Oasis hotel.

The event will once again include brand activations, talent appearances and music performances (past Spring Break performers include No Doubt, Eminem, P!nk, 50 Cent, Lil Wayne, Ludacris and Notorious B.I.G.).

Spring Break was an annual staple on MTV until 2005. After that, it moved to MTVU, where it aired until 2014. “MTV was always built as a youth culture and music brand, and [it was always] all about creating experiences for our audience everywhere they are,” said McCarthy. “Our focus these last two years has been about elevating the brand back up. The line that we use is: ‘It’s not either/or, it’s all about more.’”

Just two days ago, MTV purchased SnowGlobe Music Festival, an outdoor event from Dec. 29-31 in South Lake Tahoe, Calif. That, along with the return of Spring Break, is a part of Viacom CEO Bob Bakish’s company-wide push into festivals and other live events.

McCarthy said MTV will use its live events and festivals to help its audience celebrate “quintessential coming-of-age moments each quarter” like New Year’s Eve and Spring Break.

MTV already has several international events, including the Europe Music Awards (EMAs) and Millennial Awards (MIAs) in Mexico and Brazil, which draw more than 500,000 attendees each year. The network will use the Cancun Spring Break to “connect our brands across the world” and produce content for several countries—not just the U.S., said McCarthy.

Like all of Viacom’s festivals, Spring Break will provide opportunities for brands via on-the-ground activations and partnerships with the event’s activities and performances. “We’ll look to build this with sponsors to help bring the experience together,” said McCarthy.

Spring Break will include linear, digital and social elements. “With young people, it’s about getting content everywhere they are. So we’re going to be constantly pushing and hitting all their feeds from the event, and creating unique content for that. And they’ll be creating their own from the actual location,” McCarthy said.

In addition to the Cancun events, the Spring Break event will include content from other global locations. McCarthy is also working on an “alternative spring break” experience, focusing on charity and activism.

McCarthy first hinted at the return of Spring Back back in April, when he detailed his upfront plans with Adweek.

In spring 2017, he unveiled his strategy for breathing new life into the struggling network in an Adweek cover story. Since then, MTV has seen five consecutive quarters of year-over-year ratings growth. This new push into live events is “the next natural step” in his network overhaul: “We’re just getting started.”

During the past year, McCarthy has revived many of MTV’s most famous brands, including Jersey Shore (which returned as Jersey Shore Family Vacation), TRL and Cribs (which is on Snapchat as part of Viacom Digital Studios). He’s ordered a new season of The Hills and—through the new MTV Studios, which is creating content for third parties—will be reviving The Real World (which will air on Facebook Watch) and animated shows Daria and Aeon Flux.

“For each of the different IP [intellectual property] that has lasting value, it’s very specific to why this IP, why now, and then why this platform,” said McCarthy of his filter for reviving brands.

He explained that while The Real World “created the reality genre” when it debuted in 1992, the show is no longer an ideal fit with cable, which is now centered around “loud reality, sports and loud news.” While “we didn’t want to bastardize the format” to make the series a fit for MTV, “in the streaming world, it’s a whole new opportunity,” McCarthy said.

McCarthy, who is also president of VH1 and Logo, added CMT to his portfolio two weeks ago as part of a Viacom restructuring.