He sees social media in a totally different light after winning the Netflix reality competition. 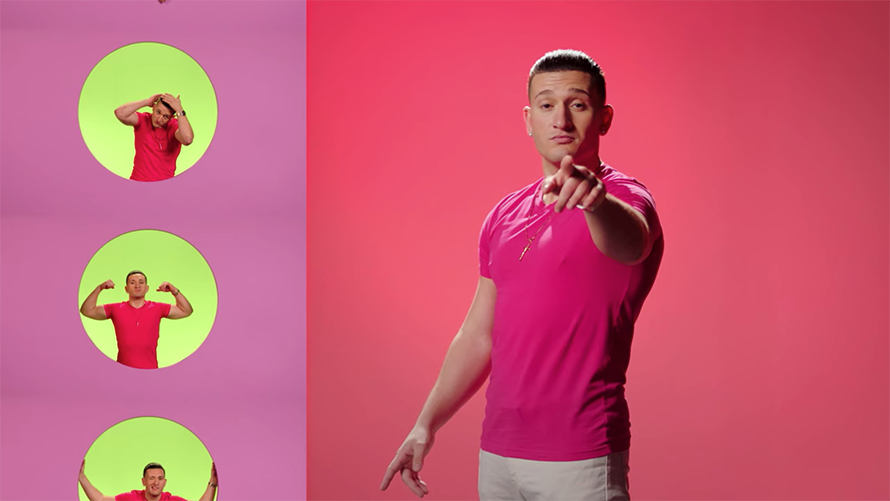 The Circle is as endearing a story of social media that exists. It’s one where authenticity online triumphs over fraudulence, where catfishes have good reasons to fool you and first impressions give way to deeper connections. It’s a popularity contest, but one where the most real, genuine and generous participants are voted to the top.

The Netflix reality-show phenomenon premiered in the U.S. on Jan. 1. It’s a competition where the participants—all in separate rooms in the same, posh apartment building—cannot meet in real life, communicating with each other behind walls both physical and those formed by the liberties of their respective online personas. The narrator of the show says the technology through which they communicate, called The Circle, is a voice-activated platform à la Alexa or Siri. In actuality, it’s basically producers typing up what each contestant says. That aside, the players interact via private messages, group chats, upload profile pictures, statuses and bios.

“The Circle” is a hit. At its best, it’s a poignant reminder of the good that comes from global connectivity. And sometimes good people are rewarded for being themselves online. There’s no better example of that than Joey Sasso, the winner of “The Circle,” who succeeds—despite initial stereotypes as broey, flirty and altogether Jersey Shore-esque—through being authentically himself throughout the show.

With a big “Heyyyy, buddy!,” Sasso spoke about how the show changed his life, and his thoughts on the virtues and drawbacks of social media.

This conversation has been edited for length and clarity.

Adweek: It seems like you succeeded in The Circle by being yourself instead of playing the game.

Joey Sasso: People ask me what was your strategy going in? And to tell you the truth I didn’t have a strategy because I just always knew I had to be myself and I don’t want to overthink anything. The thing you can really get sucked into, which I did, is you’re trying to get who you are across on a platform where no one can ever hear your voice. It’s just plain old text.

And for the most part, you are who you say you are. But the one thing you didn’t mention was that you’re an actor. Why’d you hide that?

I just knew going in that, if none of us are meeting each other, it’s kind of difficult to say, ‘Hey what’s up I’m Joey Sasso and I’m being 100 percent who I am, but I’m an actor.’ A lot of people hear you’re an actor so they think you’re just acting with everything in life. I think I made the right decision because look at Alana, who basically got voted off because she said she was a model. People were just sort of like, ‘I don’t know if I buy her.’

But, as you say on the show, you are actually a bartender, right?

Yes. I’ve been a bartender while being a struggling actor since I was 18 and moved to L.A. You want to be an actor in this town, and you don’t know the right people or you don’t get that big break? You better know how to sling drinks.

What was your relationship like with social media before this show?

I was never huge on it. Facebook was for all my family and friends back home to stay in touch. Twitter, I had back in the day. I ended up erasing it because it just got to be too much—a lot of negativity. And then Instagram, I just loved it because I could follow so many movie pages and I’m a huge collector of film posters, pages like that. It was cool, but it was nothing compared to where I’m at now.

@ScottNover
Scott Nover is a platforms reporter at Adweek, covering social media companies and their influence.