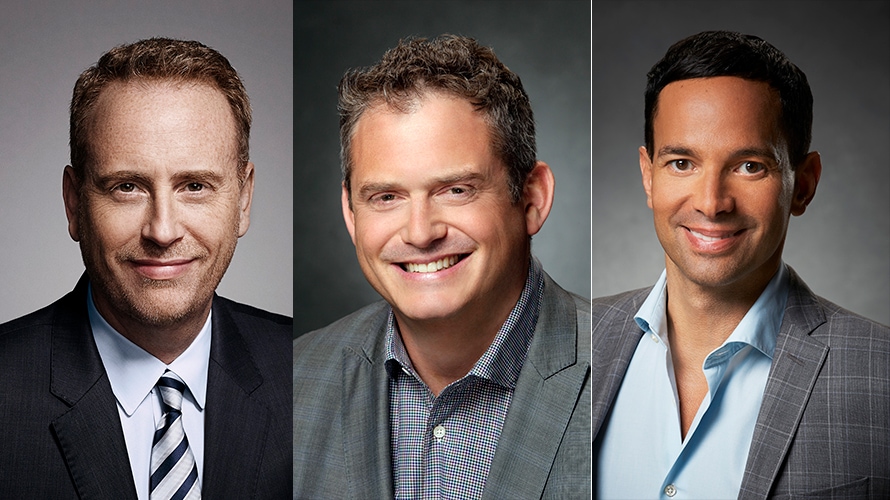 Very few TV execs get the chance to go out on top, but that is what NBC Entertainment chairman Robert Greenblatt has decided to do. He’s stepping down after seven years at the network, where he took NBC from worst to first place in the adults 18-49 demo.

George Cheeks and Paul Telegdy have been promoted to co-chairmen of NBC Entertainment, and will oversee both the network and the studio, NBCUniversal CEO Steve Burke said in a memo to staff today.

The duo will take over for Greenblatt tomorrow, but Greenblatt will continue to consult and work on NBC’s live musicals, including Hair next spring.

“It is with very mixed feelings that I have decided to leave NBC after nearly eight years. I love this network and our parent company, but since NBC is back on track and has achieved such great success I think it’s time for me to turn to a new challenge,” Greenblatt said in a company memo. “This has been one of the most rewarding experiences of my life.”

Burke said of Cheeks and Telegdy, “We are fortunate to have two extremely talented, capable and complementary executives inside our organization who are ready to step up and help guide us into the future. Having worked closely with George and Paul for years, I’m very confident that their creative instincts, talent relationships and business skills make them the perfect partners for the job. Both executives are beloved by their teams and extremely well-respected by the entire industry.”

“This was a difficult decision for Bob,” Burke added, “but after a string of extremely successful years at NBC—and as much as I’d like him to stay—he is ready to embark on a new challenge. He has been the architect of one of the largest turnarounds in network television history.”

Adweek’s reigning TV executive of the year, Greenblatt left Showtime to run NBC in early 2011. While he knew he was inheriting a fourth-place network, “It was worse than I thought it was going to be—and I expected it to be bad,” Greenblatt told Adweek last year, noting that “all the great shows had come and gone” and “we had no digital or social presence whatsoever.” Still, he was undaunted by the task ahead of him: “I really wanted the job, because I love that kind of challenge.”

He turned around the network from worst in the 18-49 demo to first by overhauling every division and methodically rebuilding the lineup, piece by piece: nurturing new hit The Voice (“If The Voice hadn’t happened, I don’t know if I would have ever come out of my own tailspin,” he said); turning Dick Wolf’s Chicago Fire into a franchise; establishing a popular annual tradition of live musicals; launching a family hit with Little Big Shots; finding drama hits in The Blacklist and This Is Us; leading Saturday Night Live to its best ratings in more than a decade and helping the network rediscover its comedy identity with Superstore and The Good Place.

Last year, Adweek asked Greenblatt what else he had left to accomplish at NBC. “Clearly the No. 1 job is to just keep making the schedule as great and as strong as it can be,” he said. “I think there’s more live events to do and more things that just shake up the schedule.”