Robert Greenblatt’s Parting Thoughts on NBC, This Is Us and Rescuing Brooklyn Nine-Nine 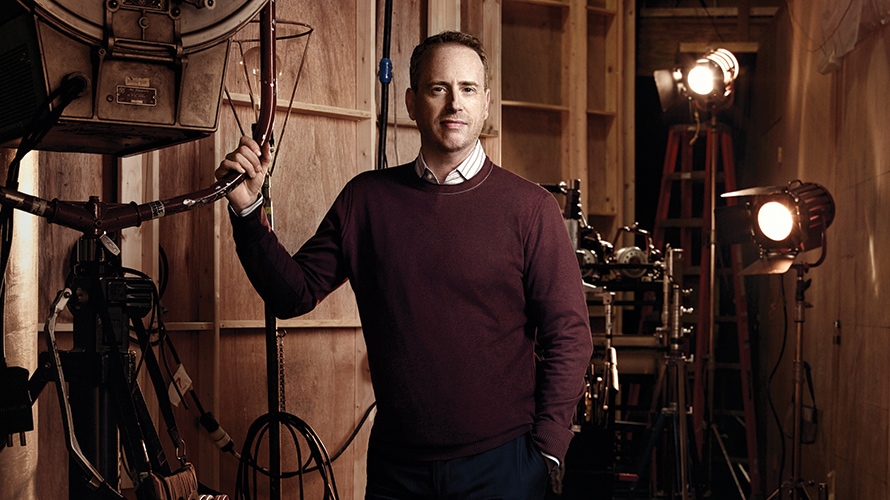 "We are going to be in a really good position this fall," said Robert Greenblatt.
Art Streiber/NBC
Share
By Jason Lynch
|
September 24, 2018
Share

Last month, as NBC Entertainment chairman Robert Greenblatt spoke with Adweek about his plans for the new TV season, he talked about what he thought NBC’s toughest challenge would be this fall: “Just remaining in a leadership position, which is where we’ve been for the last several years. …It’s always a challenge to stay where you are, and especially when you’re out in front.”

But NBC’s fall just got a lot more challenging with today’s news that Greenblatt is exiting the network after seven years, with George Cheeks and Paul Telegdy succeeding him as co-chairmen.

In one of his last interviews as NBC chief, Greenblatt talked with Adweek last month about the new season, losing Thursday Night Football and why he said no to a Mad About You revival. Here are some highlights from that interview.

On why he didn’t reconsider moving This Is Us to Thursday this fall, now that NBC no long has Thursday Night Football

“We felt, by this point, that it’s a Tuesday staple, for I’m happy to say a large part of the country. We also got some nice traction on Thursday with Will & Grace, and The Good Place is really coming into its own. So we thought, rather than jumble the cards again, let’s keep a good thing going on Tuesday and let’s build more of a good thing on Thursday. We’re really excited about putting [Law & Order:] SVU on Thursday at 10, which is a great thing for that night also. There’s a lot to be said for stability on your schedule.”

“We always love having football, and we are the beneficiary of the longest-running No. 1 show on television on Sunday nights in the fall. But the way that the contract was done between two networks [NBC and CBS] and alternating on the NFL network—and some games were on some weeks and some were off—it became disruptive. We had to do one thing for eight weeks and then something else for the rest of the fall. While CBS had football on Thursday, we didn’t, and that meant scheduling against something that was not going to continue, and then we had to rejigger things after we got the [Thursday] games. Then the spring was different. So it was disruptive, and yet, everyone likes to have NFL football games.”

On moving all three Chicago dramas to Wednesday night

“We don’t look at it as a big, precarious swing at all. We’ve been leading up to this for the last few years. We’ve needed those Chicago shows to solidify 10 on a bunch of nights, whether it was Tuesday, Wednesday or Thursday. And when it became clear this year that we had a bunch of other strengths at 10, and the other two shows became playable earlier, we said, ‘Wow, this is the perfect opportunity to put three shows that already have their own audiences built in.’ So we thought putting them together is just going to be more than the sum of the parts. I think it’s one of the strengths of our fall season.”

“This is the easiest thing that has happened in a long time on that topic. We own the show, and it was a big hit for us economically and commercially. It’s one of the smartest shows on television, and I’ve been saying quietly for the past several years: If Fox ever decided not to renew it, it should come to NBC. It’s just a no-brainer. It’s very much the DNA of NBC. It’s [executive producer] Mike Schur, it’s [star] Andy Samberg. And the show is beloved, so when they decided to do what they did—and I know Fox is going through their own transitions in the coming year—it literally took us an hour to say, ‘Well, of course we should have it.’ Now we had our own great development season and our own great list of comedies and we all felt proprietary to the new stuff that we’ve just birthed. But everybody to a person inside this company was like, ‘Oh my god, if that show’s available, grab it!’ We now have Will & Grace and Superstore and The Good Place, and Brooklyn just felt like it makes sense in that mix.”

“We had a quick conversation about it, but it didn’t seem like the moment to bring that show back, and there’s a lot of places to go these days to take something. A lot of networks, a lot of streaming services. So it can make sense to do Fuller House or something else on a streaming platform. On that particular one, it didn’t seem to be the right time for us here, but maybe it will show up somewhere else.”

On where NBC stands going into this fall

“It’s so nice to be in a position where we’re not running around in chaos, changing shows on every night and hoping something sticks. We have such good stability and building blocks that have been in place and are still strong, so we’re able to really holistically think about the whole year. We are going to be in a really good position this fall, I am happy to say.”