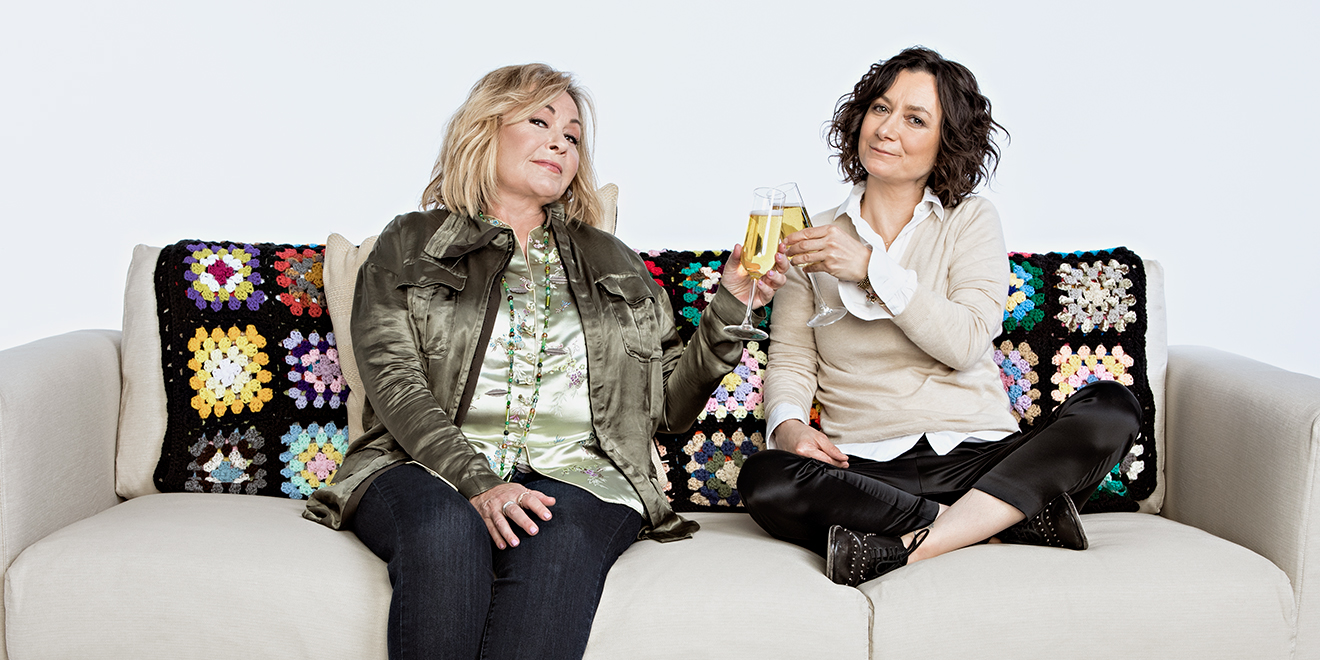 Roseanne Barr enlisted TV daughter and fellow executive producer Sara Gilbert to run interference with the network and studio on her behalf. - Credit by Photographed by Scott Witter for Adweek; Prop styling: Edwin To

Roseanne Barr is rarely at a loss for words, and this week’s Adweek cover story about her ABC revival’s surprise success was no exception. In these edited highlights from two separate interviews, Barr talks about tonight’s season finale, enlisting her TV daughter (and fellow executive producer) Sara Gilbert to battle with the network and studio on her behalf, her new approach to social media and the “Roseanne effect” that is shaking up the industry.

Adweek: Had there previously been talks about a Roseanne reunion or revival prior to last spring?
Roseanne Barr: Yeah. There were a couple mentions over the years, but nothing came of them.

Why did you enlist Sara Gilbert to run interference with the studio and network, which you used to do during the show’s original run?
I wanted just to be free to do what I do best, and Sara is really an excellent communicator. I still do [fight those battles], but Sara co-executive produces with me and I don’t feel that I am just there alone. Also I feel like I have a good partnership with Sara and [executive producers] Tom Warner and Bruce [Helford]. I feel like I have a lot of protection and assistance and that’s great.

What was your reaction to the premiere’s huge ratings, and all the think pieces that the first episode inspired?
I was very happy and thrilled and surprised. I just hadn’t thought that it would be that big a number, but it’s very gratifying. I was very hopeful that it would make something positive occur. I was hopeful that people would be able to talk to each other about things.

Your kids took you off social media earlier this year, but you’re back now. What happened?
I can’t back off from what’s really going on in the world, because I’m very fascinated by it and I have to stick my nose in everyone’s business. But I’m going to just try to talk about what I’m for, rather than what I’m against.

The show hasn’t delved back into politics since the premiere episode. Will you continue to keep the focus on the family next season?
It’s always about the family, and like John Goodman [’s character Dan] said, no matter who gets in office, things don’t change much for the family and most Americans. Our show is always political, even if people don’t see it that way, it is. Because it’s about a class of working people, so of course that’s political, but it’s local politics. Every episode of the show is kind of addressing culture wars.

"Our show is always political, even if people don’t see it that way."
Roseanne Barr
@jasonlynch jason.lynch@adweek.com Jason Lynch is TV/Media Editor at Adweek, overseeing trends, technology, personalities and programming across broadcast, cable and streaming video.