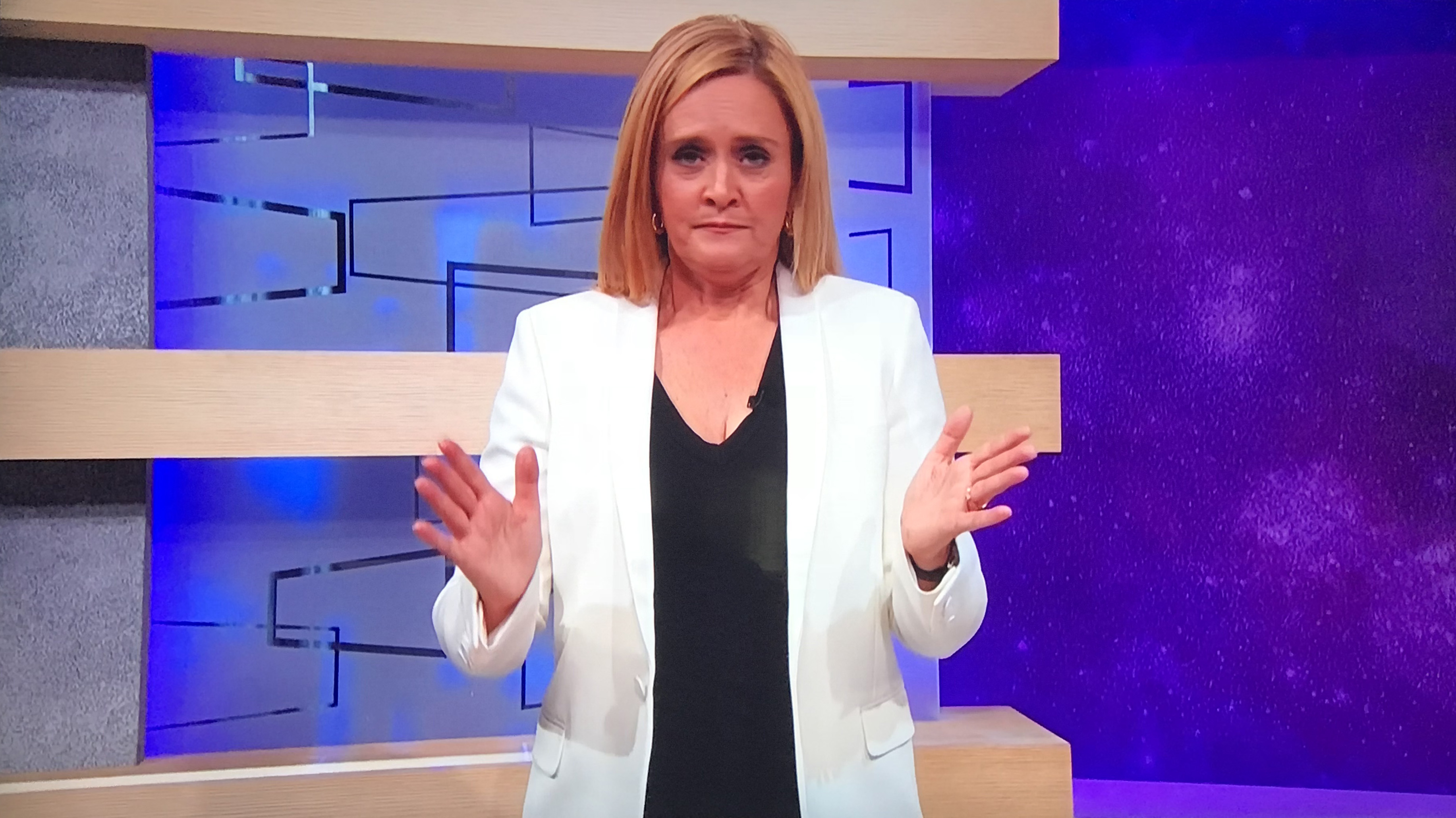 'I never intended it to hurt anyone, except Ted Cruz,' said Samantha Bee last night of her show. TBS

One week after Samantha Bee sparked a national backlash by calling Ivanka Trump a “feckless cunt” on her weekly TBS late-night show Full Frontal, the series returned Wednesday night, with another apology from the comedian. And, notably, the episode featured significantly fewer advertisers, and more TBS promos, than last week’s show, as some brands kept their distance in light of the controversy, at least for one week.

Last night’s episode only featured a handful of national advertisers, including PlayStation, the Epix series Deep State and a pair of upcoming films: Ocean’s 8 and Jurassic World: Fallen Kingdom. There was a heavy dose of TBS promos for Claws, Animal Kingdom, Conan and Joker’s Wild.

The first ad break featured only a PlayStation ad and a Claws promo. That’s a stark contrast to the first pod of last week’s Full Frontal, which included ads from Orkin, Taco Bell (which ran multiple spots during last week’s show), iPhone, Häagen-Dazs and Jim Beam (as well as, oddly, a promo for the very show that was airing, Full Frontal).

While Turner pulled back some of Full Frontal’s usual ad inventory to build in extra time for Bee’s one minute, 45-second apology that kicked off the show, some advertisers chose to sit out of the episode, at least until the controversy blows off.

However, no other brands have completely cut ties with the show in the way that two Full Frontal sponsors (digital advertiser Autotrader and State Farm, which had appeared on last week’s linear broadcast) did last Thursday when they announced they were pulling out of the show. And sources said that last week’s blowup hasn’t affected Turner’s in-progress upfront talks.

During the cold open of last night’s episode, Bee apologized again for the expletive.

“It is a word I have used on the show many times, hoping to reclaim it. This time, I used it as an insult. I crossed the line, I regret it and I do apologize for that,” said Bee. “Many women have heard that word at the worst moments of their lives, and a lot of them don’t want that word reclaimed, they want it gone. And I don’t blame them. I don’t want to inflict more pain on them. I want this show to be challenging and I want it to be honest, but I never intended it to hurt anyone, except Ted Cruz.”

She added, “Many men were also offended by my use of the word. I do not care about that.”

Bee also apologized for distracting from the issue that had prompted the comment, in which she had been discussing how the U.S. Office of Refugee Resettlement had “lost” 1,500 migrant children last year, and how the country was now separating all children from their parents who attempted to come into the country illegally.

Instead, Bee’s use of that four-letter word ended up fueling “the nightmare of the 24-hour news cycles that we’re all white knuckling through. I should have known that a potty-mouthed insult would be inherently more interesting to them than juvenile immigration policy,” she said.

Summing up the past week, Bee concluded with, “sorry for breaking America!” She then jokingly introduced “our new mandatory censors who will be with us from now on,” cutting to four older men in suits with buttons to bleep out her bad language.

That gag seemed to be a reference to a Hollywood Reporter report that network management will have more oversight of Full Frontal going forward. The network declined to comment on the report.

Bee quickly apologized for her expletive. “It was inappropriate and inexcusable,” she said in a statement. “I crossed a line, and I deeply regret it.”

Shortly afterward, TBS issued a statement of its own, which said in part, “Those words should not have been aired.  It was our mistake too, and we regret it.” Parent company Turner also pulled a clip of the Full Frontal segment off of YouTube.

Things had died down by Friday, despite President Trump’s efforts to reignite it that morning by tweeting, “Why aren’t they firing no talent Samantha Bee for the horrible language used on her low ratings show?”

Speaking with Adweek during a cover story last month, Bee admitted that Full Frontal and her approach to comedy isn’t for all advertisers: “I’m almost certain that it has scared away some brands. And I actually really can understand why. We can’t change our content to suit brands. I’d rather not be on television than do that. We cannot have a brand dictate the content of our show. No thanks. I would exit TV. Bye. I’m too old for that bullshit. But I do think that there are brands out there who are brave enough to advertise on our show and are forward-thinking. There really are. I have to believe that.”