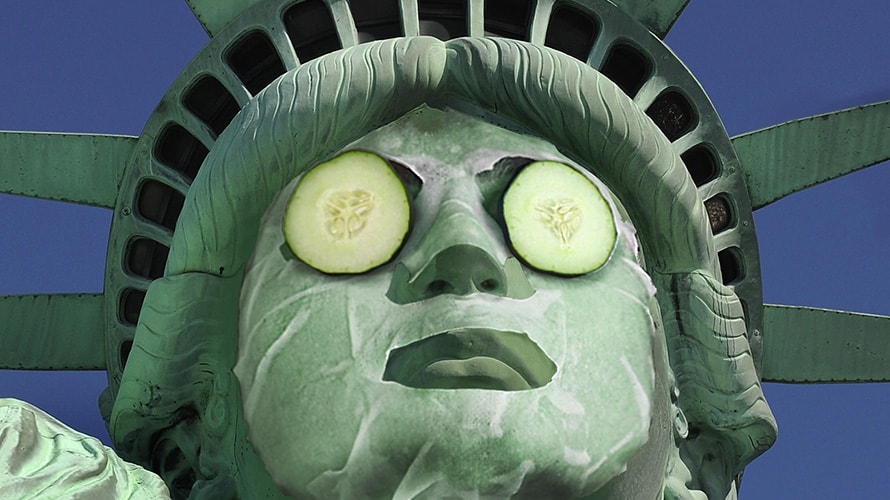 Full Frontal With Samantha Bee is on hiatus for a couple weeks and won’t be airing a new episode on Wednesday because of the July 4 holiday, but the TBS show still found a way to weigh in on Independence Day this week.

In a new Medium post, the show offers tips to America about “preparing now for graceful aging in an ungraceful era.” Even as “one of the youngest nations alive” at 242 years, “you might think you’re not yet susceptible to signs of aging, but girl, some countries start seeing fine lines and wrinkles as early as their 200th year!”

Among the show’s tongue-in-cheek advice for the country: how to deal with “hot flashes” i.e. climate change (“you simply have to regulate industries that produce carbon, invest in clean jobs, and put ice on your pressure points”) and “self-destructive behaviors” (“You simply must cut these out! Not wearing sunscreen to the beach because you want a tan? No! Selling guns with absolute abandon because of a rule written when you were 1 year old? Bigger no!”).

Full Frontal’s holiday hiatus comes as some advertisers are still keeping their distance from the show since Bee sparked a national backlash in May by calling Ivanka Trump an expletive on the program.

However, no other brands have completely cut ties with the show in the way that two Full Frontal sponsors (digital advertiser Autotrader and State Farm, which had appeared on the May 30 linear broadcast that featured the expletive) did immediately after the controversy began, when they announced they were pulling out of the show.