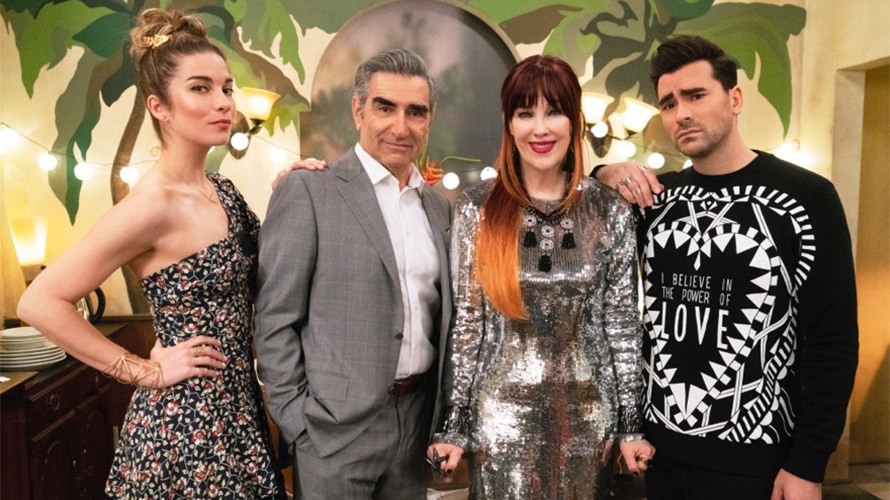 The Schitt's Creek pop-up will feature some of the show's most famous locations. - Credit by Pop

Schitt’s Creek isn’t a real place, but it will be this winter.

Pop TV is creating a Schitt’s Creek pop-up in New York and L.A. this holiday, ahead of the comedy’s sixth and final season premiere in January 2020.

The pop-up, called Visit Schitt’s Creek, will feature some of the show’s most famous locations, including Café Tropical, the Rosebud Motel and Rose Apothecary, as well as interactive photo experiences, takeaways and access to limited merchandise.

Pop said the experience will be free but will require tickets, which will be available on a “limited” basis.

“We are constantly asked by fans if Schitt’s Creek is a real place they can visit, and it is beyond exciting to finally be able to say ‘Yes!’” wrote Pop TV president Brad Schwartz in a statement. “It is the perfect way to kick off our final season and say one big final ‘thank you’ to the best fans in the world that have made all this possible.”

The network did not reveal specific dates or locations for the pop-ups beyond “winter” and New York/L.A. The network will post updates on its Visit Schitt’s Creek website.

Season 5 of Schitt’s Creek broke into the Emmy race for the first time this summer, with four nominations in total, including outstanding comedy series and for stars Eugene Levy and Catherine O’Hara.

“I like to compare it to compounded interest. The show has grown every single year,” Schwartz told Adweek in August of the show’s improbable Emmy breakthrough. “It just got to the point where the passion for the show got enough people to vote for it.”

Yet even as the show is more popular than ever, co-creators and stars Eugene and Dan Levy decided to end the show after the upcoming Season 6, which will premiere Jan. 7, 2020.

“You always want to leave people wanting more. I have known how this show was going to end for quite some time, and this was the inevitable last chapter,” Dan told Adweek in May. “Few shows get the privilege of deciding when they’re going to end, and I’m glad and grateful that we’ve been afforded that luxury.”

Added Eugene, “Each season seems to be stronger than the last, and this next season will be the strongest season that we’ve had so far. Creatively speaking, we could not be going out on a greater high.”