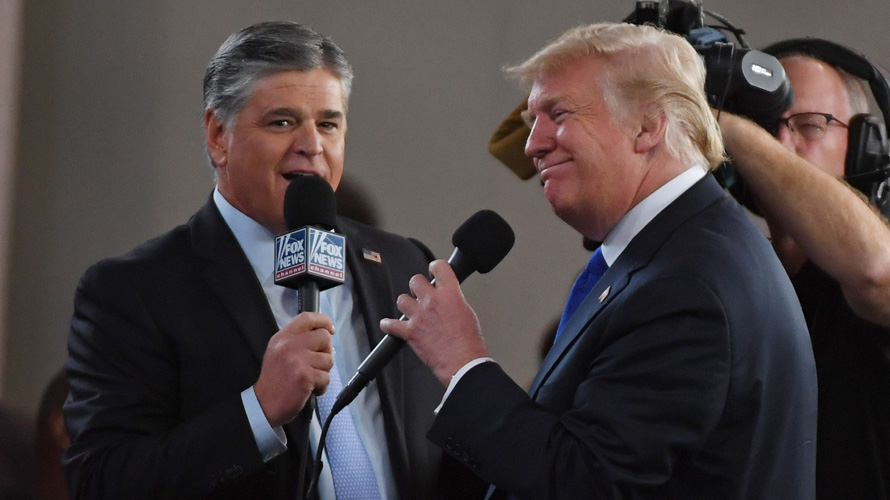 President Trump will officially be a part of Fox’s Super Bowl Sunday programming ahead of the Big Game.

He will be sitting down with Fox News Channel’s Sean Hannity on Sunday, Feb. 2, in advance of the game. The interview is scheduled to air on Fox at 3:30 p.m. ET, during the network’s Super Bowl pregame show.

Hannity’s interview with Trump won’t be live; instead, it will be taped earlier in the day at the White House.

While the pre-Super Bowl presidential interview has been a Super Bowl Sunday staple, Trump skipped the practice in 2018, when NBC aired the game. Before last year’s Super Bowl, which aired on CBS, he spoke with Margaret Brennan of CBS News’ Face the Nation. And Trump sat down with then-Fox News host Bill O’Reilly in advance of the 2017 Super Bowl on Fox.

Additional portions of the interview with Trump will be presented on Hannity’s Fox News program—which is called Hannity— the following evening. After Monday’s edition of Hannity, the entire discussion will be available online at FoxNews.com.

Hannity told Variety that he intends to ask Trump about the Senate impeachment trial, the economy, the death of Iranian general Qasem Soleimani, and which team he thinks will win the Super Bowl.

In addition to his interview with Hannity, Trump will also pop up during the Super Bowl itself: His re-election campaign has purchased an ad that will air during the game.