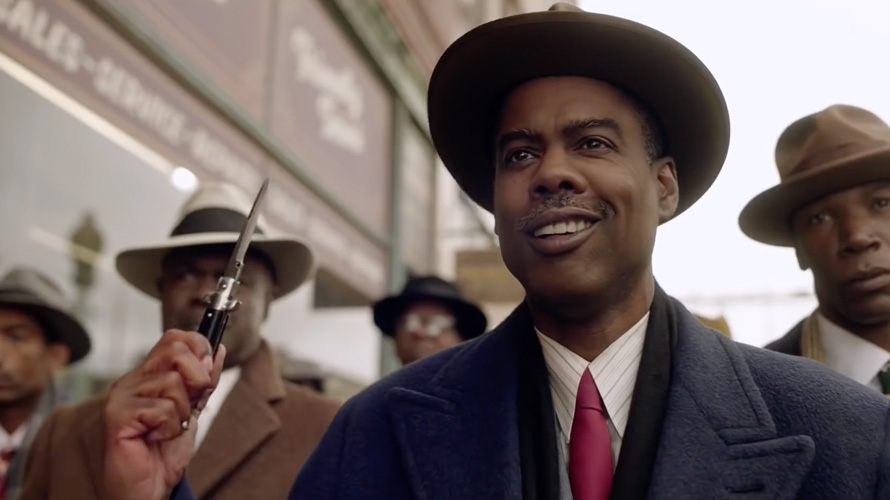 Season 4 of Fargo, starring Chris Rock, had two episodes left to film when production was shut down. - Credit by FX

Over the past several weeks, the coronavirus pandemic has sent shockwaves through the television industry, shutting down almost all production and leaving advertisers scrambling as almost all major sporting events were canceled.

While cable networks that don’t broadcast sports were excluded from the initial round of coronavirus-related ad sales frenzy, they are now dealing with the fallout as networks and buyers have enacted new strategies in the wake of COVID-19.

Several of cable’s biggest and most anticipated shows this spring have been postponed until at least later this year, as networks grapple with production shutdowns, a major upheaval in advertiser spend and concerns about what could happen to their content pipeline if production doesn’t resume for several more weeks or months.

National Geographic’s Genius: Aretha is the latest April or May project to be delayed, with the network saying today that Season 3 of its anthology series—spotlighting Aretha Franklin—would be postponed from its May 25 premiere. That show joins Season 4 of FX’s Fargo, AMC’s Walking Dead spinoff World Beyond and HBO limited series The Undoing, starring Nicole Kidman, as major spring cable projects delayed due to the coronavirus.

Genius: Aretha, starring Oscar nominee Cynthia Erivo, still had two and a half more episodes to film when production was suspended due to COVID-19. “It has become clear that the series will not be completed in time for our previously announced Memorial Day airdate,” said National Geographic in a statement. “We look forward to resuming work as soon as is possible and safe, and at that time will announce a new premiere date for later this year.”

This season of Fargo, which stars Chris Rock, had also not completed production prior to the COVID-19 outbreak with two episodes left to film. On March 16, FX became the first cable network to postpone an entertainment series as a result of COVID-19, delaying Fargo from its April 19 premiere.

“A new premiere date will be determined once production resumes,” said FX, which hopes to air the series later this year.

HBO pushed The Undoing, the six-episode Nicole Kidman limited series scheduled for May 10, to fall, “in light of current events,” the network said. And AMC postponed spinoff Walking Dead: World Beyond, which had been set to debut April 12, to “later this year.”

That World Beyond delay was caused by several factors, including the inability to complete post-production on the series (the same issue forced AMC to delay The Walking Dead’s Season 10 finale, scheduled for April 12, until later in the year) and the fact that several advertisers had contacted AMC Networks about canceling or delaying their buys for the second quarter, especially in April.

Several other media companies are having similar conversations with buyers. “Clients have come in and asked for shifting or relief. We’re trying to do the best we can to accommodate,” Peter Olsen, evp of ad sales at A+E Networks, recently told Adweek. “And we’re allowing clients to have a little bit of time to create new creative and change their messaging.”

The postponements also give these networks additional series to broadcast later in the year as networks and buyers are increasingly worried about what programming to air if the crisis continues for several weeks or months.

“If production has halted everywhere, what the heck are we going to run once this slew of programming runs out?” one buyer recently wondered. “Do they bring back movies? Do they create stuff digitally?”

Some shows are staying put

While several series are fleeing their springtime slots, others are staying put and taking advantage of the suddenly vacant playing field. Last Friday, AMC Networks said it would move up the Season 3 premiere of Killing Eve—which airs on both BBC America and AMC—by two weeks and debut the show on Sunday, April 12.

“We know how adored this series is, and we know how keen people are for great content right now,” said Sarah Barnett, president of AMC Networks Entertainment Group and AMC Studios, in a statement.

Meanwhile, streaming service CBS All Access announced today it is sticking with its April 9 premiere for The Good Fight’s Season 4, even though its production was halted by the shutdown. The streamer expects five to six episodes of this season to run consecutively, with the second half airing after production resumes.