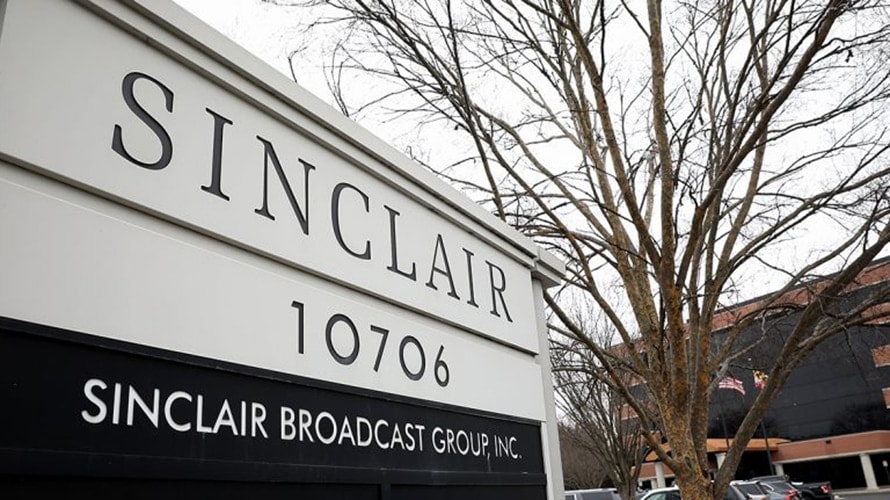 Disney has found a buyer for all but one of the regional sports networks it agreed to divest as a condition of its merger with Fox. The company has sold 21 of them to Sinclair Broadcasting Group in a deal valued at $10.6 billion.

In March, Disney completed its $71.3 billion purchase of Fox, but as part of the U.S. Justice Department’s approval of its bid last July, Disney agreed to divest Fox’s 22 regional sports networks, and Fox College Sports, which were initially going to be part of the merger.

Entertainment Studios’ Byron Allen has partnered with Sinclair as an equity partner in the newly formed Diamond Holding Group, the Sinclair subsidiary that will acquire the RSNs.

“This is a very exciting transaction for Sinclair to be able to acquire highly complementary assets,” said Sinclair president and CEO Chris Ripley in a statement. “While consumer viewing habits have shifted, the tradition of watching live sports and news remains ingrained in our culture. As one of the largest local news producers in the country and an experienced producer of sports content, we are ideally positioned to transfer our skills to deliver and expand our focus on greater premium sports programming.”

The transaction was unanimously approved by the boards of directors of both companies.

In a separate deal, which hasn’t yet been finalized, Sinclair, the nation’s biggest owner of local television stations, is reportedly teaming with the New York Yankees and Amazon to buy the YES Network. That deal is valued at $3.45 billion, according to the The Wall Street Journal.

The deal represents a comeback of sorts for Sinclair, which had been unable to complete its merger with Tribune Media Co. last year.

Tribune terminated its $3.9 billion agreement with Sinclair last August, after roughly 15 months of Sinclair revising its local station divestiture plan in an effort to appease the federal government’s long-standing concerns.

The Sinclair-Tribune deal had been struck in May 2017 and would have given Sinclair, already the largest owner of local stations in the country with about 170 stations, ownership of 233 local TV stations across the nation, including 42 Tribune stations and access to more than 70% of U.S. TV-owning households.

Disney’s RSNs had initially been expected to net $20 billion, but fewer players were involved in the auction than expected. Some parties were put off by the networks’ skyrocketing license fees as a result of ballooning sports rights deals, which have led to extended standoffs with cable providers in local markets.