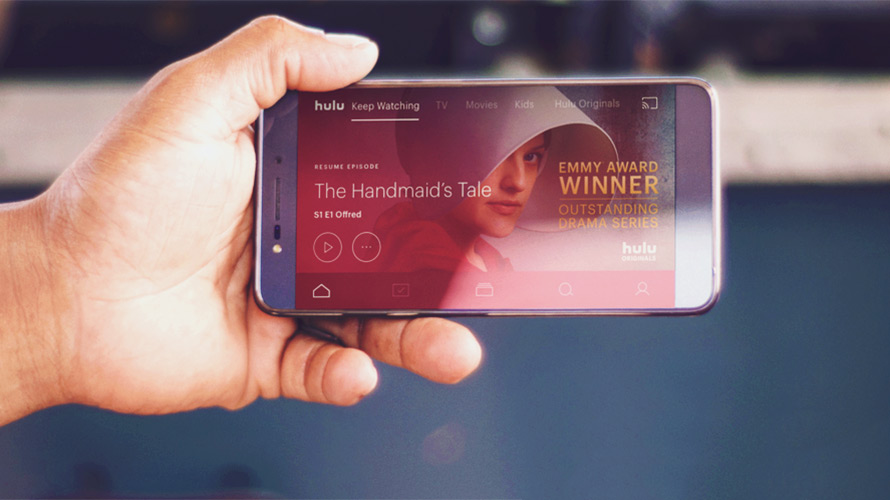 Hulu’s subscriber base is about to make a big jump. Beginning on Friday, all subscribers to Sprint’s “unlimited freedom” plan can sign up for free access to Hulu’s “limited commercials” plan, which usually costs $7.99 per month.

This is the second time this fall that Hulu has partnered with another brand to, essentially, offer its service for free. In September, the streaming service teamed up with Spotify for a new discounted streaming bundle that gives college students free Hulu access by adding Hulu to its Spotify Premium for Students plan.

The companies said that Sprint unlimited customers will “soon” be able to upgrade to Hulu’s live TV screaming plan.

The Hulu-Sprint partnership echoes a similar union announced in September between T-Mobile and Netflix, in which T-Mobile One family plan subscribers can access Netflix for free.

“How people watch their favorite shows, listen to the latest music and play the most popular games is changing all the time,” said Sprint’s CMO Roger Solé in a statement. “We’re excited to provide Sprint customers the best in entertainment through our unique partnership with Hulu.”

Added Tim Connolly, Hulu’s svp and head of distribution and partnerships: “We know people love watching TV on their mobile devices, so we’re making it easier than ever for Sprint customers to enjoy their favorite shows and movies on Hulu.”

As of May, Hulu had 47 million unique viewers, and the service said 32 million of them—or 68 percent—opt for ad-supported content.

During its most ambitious year yet, Hulu has made a number of significant moves to broaden its subscriber base. In September, the company became the first streaming service to win an Emmy for outstanding drama for its original show The Handmaid’s Tale, which received 13 Emmy nominations and won eight awards.

In May, Hulu launched its live TV streaming service; at $39.99 per month, the service includes access to live and on-demand programming on more than 50 channels alongside a typical Hulu subscription.

Undergraduate students enrolled in a U.S. Title IV accredited college or university have access to Spotify Premium and Hulu’s standard “limited commercials” plan, through one subscription, at $4.99 a month. The companies said they will be creating bundled offerings of their two subscription services for broader markets.