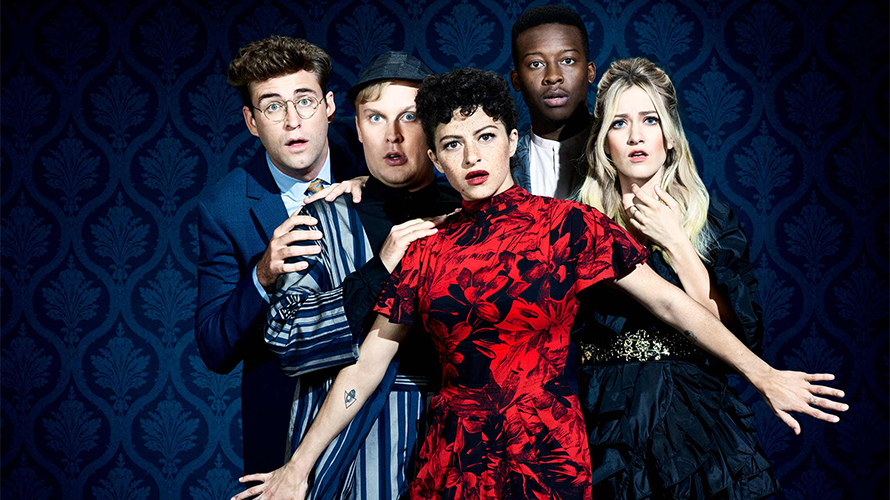 Ahead of Sunday's Season 2 premiere, TBS is streaming the entire first season, ad-free. - Credit by TBS

When TBS and TNT president Kevin Reilly picked up the series Search Party two years ago, he knew the dark comedy (about self-absorbed millennial New Yorkers looking for a missing college acquaintance) was going to appeal to younger audiences. He also knew those viewers wouldn’t watch to watch the show on linear TV.

“We knew right out of the gate, this is not going to be anywhere near our highest-rated show on linear. So, what methods can we use on our air to expose it and push it out, and what other access points can we give it where people can actually see it?” said Reilly, who is also chief creative officer of Turner Entertainment.

That’s why Reilly is turning his focus away from show’s linear audience on TBS in favor of experimentation with new scheduling strategies for linear and digital, which he could ultimately apply to his network’s other shows as well.

A year ago, TBS debuted all 10 episodes of Search Party’s first season during Thanksgiving weekend—with two new episodes available each night—and made the entire first season available on demand the night of the premiere to encourage binge-watching. The experiment drew 1.1 million viewers across all platforms over those five days.

"We knew right out of the gate, this is not going to be anywhere near our highest-rated show on linear."
Kevin Reilly, president of TBS and TNT
For Season 2, which premieres Sunday, the network is taking a different approach, airing two new episodes back-to-back each week. But TBS is trying something radical on VOD and digital, where it made the entire Season 1 available on its app—ad-free—without requiring the usual authentication from cable or satellite subscribers.

“Bingeing has unlocked a beautiful addiction for people that also unlocks the artistry of what we do, when you can really get involved with a show like Search Party and just watch it, because they’ve crafted every little piece,” said Reilly, who compared his Search Party gamble with his then-bold decision more than a decade ago to air The Office on NBC. “I knew this is going to hit a bullseye for a younger end of the audience that’s going to love this. And fortunately, on that show, it did.”

Since Reilly arrived at Turner three years ago, he’s worked to “write a new launch playbook,” he said. “Because the launch playbook used to be: drive to your first episode, the premiere date, with every piece of publicity and promotion. Now, our marketing is spread out over the tapestry of episodes. We put a higher percentage against the premiere, but it also goes with breaking rules like, giving it away or exposing it means you’re diluting your rating.”

Not to Reilly, especially in the Peak TV era. “With so many services, so many shows, so many choices, even if we create a critical amount of awareness, there’s still a bunch of audience that has heard of it and is not going to sample it on your platform, no matter what you do. Or maybe, they wouldn’t ever hear of it because they’re just not sampling the media you’re using,” he said. “So if we cast the net wide and we put it out there, we have a shot at least for those segments that can say, ‘I’m finding my way back to the linear experience,’ or at the very least, ‘I’m watching this show somewhere.’”

That’s what Reilly was able to do with Season 1 of Search Party, which averaged 2.6 million viewers per episode across TBS’ linear, digital and VOD platforms. The network said that approximately 40 percent of viewing occurring on VOD or digital, which is more than double that of the network’s other linear hits. And while the show’s median age on linear viewing is 45, its VOD median age drops to 38, which is the youngest of any new TBS original, according to the network.

The ad-free Season 1 catchup on VOD and TBS’ digital properties, which began on Oct. 2 and will continue through Jan. 17, has amassed more than a quarter million views. TBS also made the first episode of the series available for free on YouTube on Nov. 1; that has received almost 750,000 views during the past 2 weeks.

Reilly said that, assuming Search Party continues beyond Season 2, he’ll keep experimenting with scheduling—and could even end up taking the series entirely off of linear. “We’re going to continue to play with the formula,” he said. “At some point, through the life of the show, it may even exist completely on a different platform. I don’t even know what that means today, but I’m not opposed to that. If it means there’s a better place for the audience to see it, short of giving it away to somebody else, we’re going to find it.”

As part of his larger plan to overhaul TNT and TBS, Reilly said that creating programming that connects with viewers across multiple platforms is essential to keeping advertisers happy. “In the advertising parlance, engagement is the new metric. What creates highest engagement? Quality, original programming. You don’t pull that off if you don’t have the engagement. If you don’t have the engagement, you can’t sell,” he said. “So Donna [Speciale, Turner’s ad sales chief] has done an awful lot of work on the infrastructure of how she gets to an addressable audience, and how we sell. And that will continue to iterate and grow.”

In July, Reilly said that TBS and TNT will look “radically different” in two years, as his networks are still in “the early stages” of their evolution.

That experimentation isn’t just restricted to his scripted series. Reilly said his network is in talks with Samantha Bee for multiplatform extensions of Full Frontal, much as he’s done with his other late-night host, Conan O’Brien.

“We will definitely continue to do more things like the White House Correspondents Dinner,” Reilly said. “We’ll try to have other franchises like that as part of Full Frontal. We are in discussions with Samantha about opening up other things that we may do with her, that probably will not live on TBS, as an extension of Full Frontal.”