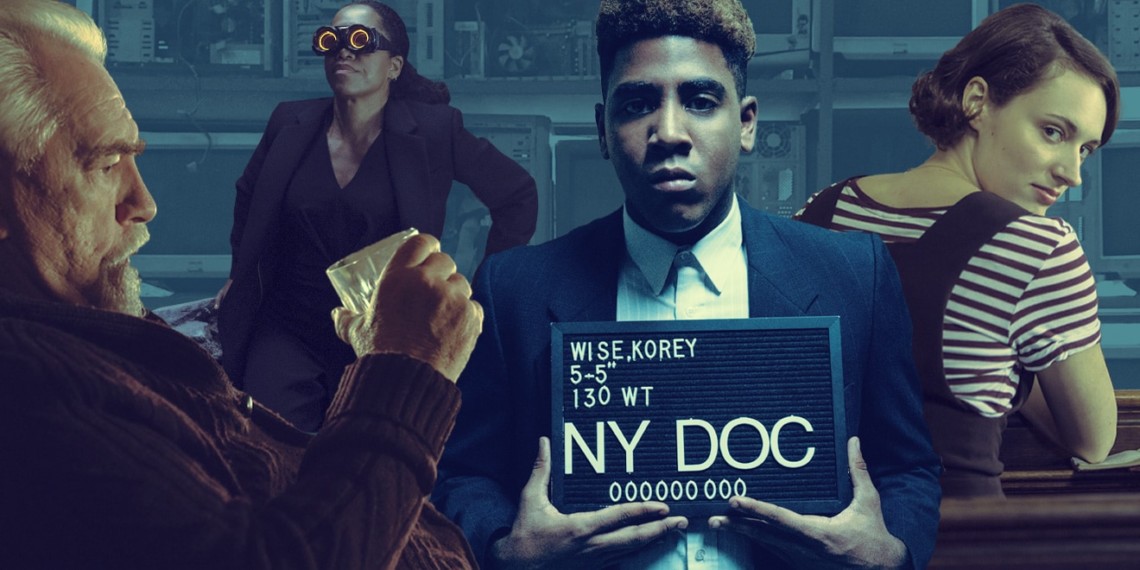 With more shows to choose from than ever before in 2019, programs like Succession, Watchmen, When They See Us and Fleabag rose to the top. - Credit by Illustration: Trent Joaquin; Sources: Amazon, HBO, Netflix

With Peak TV still not close to peaking—the number of scripted series airing this year likely topped 500 for the first time ever, and is expected to rise even higher in 2020—it’s impossible not to feel overwhelmed by the endless onslaught of new content that arrives on a daily basis.

But while there is more great TV than ever before, the number of top-tier programs actually declined in 2018, making the task of assembling a Top 10 TV shows list easier than usual since so few shows stood out from the pack. That changed for the better in 2019, resulting in a Top 10 lineup that features only one returning series from 2018’s list. (Also, some of last year’s best shows, like Better Call Saul and Atlanta, didn’t air new episodes in 2019.)

Competition was so fierce, in fact, that several of last year’s entries found themselves on the outside looking in this time around. Even though some of their followup seasons were on par with 2018, they simply couldn’t measure up to an astonishing array of programming that included several gripping miniseries, a few sensational freshman debuts and a trio of shows that made incredible leaps of quality in their second seasons.

Yes, you already have far more TV to watch than you can handle, but be sure to carve out some time for the 10 best TV shows that 2019 had to offer:

After three seasons, each of which has improved on its predecessor, it can now be said: The Good Fight, like Better Call Saul and Frasier before it, has entered that rarefied category of spinoffs that are arguably better than the already superb shows they originated from. It continues to be TV’s best scripted exemplification of how the Trump White House has upended all aspects of our society. Even the flights of fancy—like breaking the fourth wall and weekly cutaways to Schoolhouse Rock-style animated musical sequences—seem perfectly suited to a world in which seemingly anything goes. Anchored by Christine Baranski, who after 10 seasons as Diane Lockhart is still uncovering new layers to her character, the legal drama continues to be worth the cost of a CBS All Access subscription all on its own.

Last year, Barry was one of a handful of new shows that had terrific debuts, but also had me concerned that they might have worked better as a single season than an ongoing story (case in point: Killing Eve, which suffered a sophomore slump). But Bill Hader put that notion to rest with an enthralling second season of his dark comedy about a hitman (Hader) questioning his life who moonlights as an aspiring actor. The key: surprising audiences with a steady stream of curveballs (especially the surreal fifth episode, “ronny/lily,’ which featured a relentless, Terminator-like girl who cannot be contained) while smartly deepening the storylines not only for his conflicted hitman but the people around him (particularly his fellow acting student Sally, played by Sarah Goldberg).

In lesser hands, this would have been a standard-issue procedural about a serial rapist. Instead, co-creators Susannah Grant, Ayelet Waldman and Michael Chabon turned the genre on its head by centering two empathetic yet dogged female detectives (Toni Collette and Merritt Wever), and, in a parallel story taking place three years earlier, the rapist’s first victim (Kaitlyn Dever), who in an devastating turn of events is destroyed by the very system that was supposed to defend her. This was billed as a limited series, but Collette and Wever make such a formidable duo that Netflix would be insane not to continue their story.

Pamela Adlon proves without a doubt that her show could not only survive the 2017 #MeToo-related exit of co-creator Louis C.K., but thrive with Adlon solely calling the shots. She crafted the strongest season yet of her comedy about an actress (Adlon) juggling on-the-job crises while trying (and often failing) to keep her three daughters from growing up too fast. Real and raw, it masterfully interweaves comedy and drama like no other show on TV.

Five African-American and Latino teens from Harlem were wrongly convicted of assaulting and raping a Central Park jogger in 1989. Writer/director Ava DuVernay’s shattering miniseries recounts this outrageous miscarriage of justice, while illuminating how much each of the young men lost along the way. It can often be brutal to watch, but it’s among the year’s most essential viewing.

Craig Mazin revisits the April 1986 Chernobyl nuclear disaster in riveting fashion. Each episode seems to follow a different genre, from horror film to courtroom drama, as it terrifyingly illuminates one of the world’s biggest modern tragedies—and reveals how shockingly close things came to being much, much worse. (HBO’s companion Chernobyl podcast series, co-hosted by Mazin, is also first-rate.)

There’s déjà vu, and then there’s what happens to Natasha Lyonne (who also co-created the series with Amy Poehler and Leslye Headland) as a woman stuck in a time loop, who keeps dying and reviving at the same moment during her 36th birthday party. Compared to many bloated Netflix series, this one stays lean and mean throughout (even the soundtrack cue that signals a reset—“Gotta Get Up” by Harry Nilsson—remains catchy after dozens of appearances). I’m not quite sure where the series can go from here, but I can’t wait to find out what Lyonne and company have planned next.

Ever since Lost, Damon Lindelof has cobbled together an admirable TV resume by constantly pulling the rug out from under viewers, and packing his shows with ever-more audacious swings that pay off far more often than not. He’s done it yet again with Watchmen, a continuation of the ’80s DC Comics cult classic, set in the same world but three decades later. Baked into his visual feast of a story about masked vigilantes—led by Regina King’s Sister Knight—is a brilliant examination of race, social justice and humanity. Whether you are familiar with the comic or not, this is a journey well worth taking.

Early in its first season, I had briefly thrown in the towel on this drama about a Murdoch-like media family and their battle over who will take over after patriarch Logan Roy (Brian Cox). But the show’s confidence grew by leaps and bounds with each episode, a trend that accelerated in its glorious second season, brimming with so many wonderful, cringe-worthy moments: son Kendall’s excruciating “L to the OG” rap about his father; Tom Wambsgans’ meltdown while testifying before Congress; literally every time the family assembles for a meal. Most exciting of all, it still feels like the show still hasn’t truly hit its stride yet, which should make for a tremendous third season.

It was an agonizing three-year wait for a follow-up to the first season of Phoebe Waller-Bridge’s Fleabag, but the gift that was Season 2 was worth every minute of that hiatus. Her self-destructive character may make one awful decision after another—this season featured a hot priest, a broken trophy and a cartoonishly bloody nose—but as a creator, all of Waller-Bridge’s choices were perfect. “This is a love story,” she told viewers at the beginning, and that was accurate, because I fell head over heels for the show, which expertly mashed up seemingly every genre you could imagine. Waller-Bridge has sadly said that Season 2 will be Fleabag’s last, and while I hope she changes her mind, this is the very definition of going out on top.

With a stronger-than-usual slate this year, these incredible shows just narrowly avoided cracking the Top 10, but they’re also worth watching if they aren’t already on your radar.