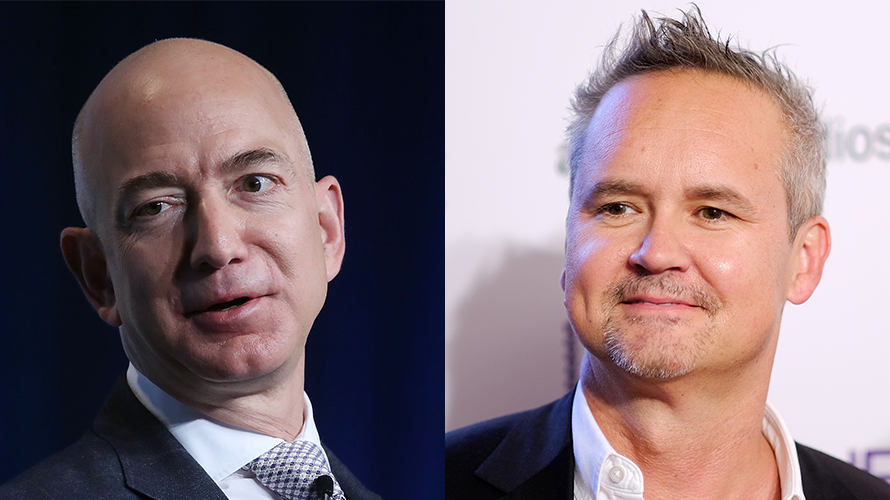 Whomever Jeff Bezos settles on as a replacement for Price will need to rehabilitate the brand. - Credit by Getty Images

On Tuesday night, Price stepped down as head of Amazon Studios, which suspended him last week, hours after the publication of a Hollywood Reporter story in which a producer on Amazon’s Man in the High Castle alleged that Price sexually harassed her in 2015.

Isa Hackett, the daughter of the late science-fiction writer Phillip K. Dick who wrote the book The Man in the High Castle, told the publication that Price repeatedly propositioned her after a dinner at San Diego’s Comic-Con in 2015. She said she decided to go on the record after hearing so many women share their stores in the past week about being sexually harassed or assaulted by ousted media mogul Weinstein.

A new Hollywood Reporter story this morning contained further allegations of “awkward and uncomfortable” behavior on the part of Price during his time at the company.

Amazon Studios COO Albert Cheng was named interim chief last week, but there was no immediate word on a timetable to find Price’s replacement.

The allegations and Price’s exit cap months of tumult at Amazon. Several of its creators have publicly decried their former employer, while the studio, which has been losing ground to streaming rivals Netflix and Hulu, is attempting a sweeping change in direction under the orders of founder and chairman Jeff Bezos. In September, the company was shut out of the Primetime Emmys, while Netflix and Hulu each walked away with several major awards.

The studio, which was riding so high just two years ago on the early success of Transparent and shows like Bosch and The Man in the High Castle, is suddenly reeling.

Here are the three most essential steps Amazon Studios will need to take to get back on its feet, and salvage its brand in the wake of Price’s exit:

Explain how it dropped the ball in 2015


In a companywide memo following Price’s suspension last week, Amazon’s vp of business development, Jeff Blackburn, said, “Amazon does not tolerate harassment or abuse of our employees or our business partners. If a concern is brought to our attention, we investigate it quickly and thoroughly.”

Yet the company’s actions would seem to indicate that it does tolerate harassment, at least until the allegations are made public. Hackett said she immediately brought her accusations to Amazon’s HR department in 2015. There was an investigation, and while it’s unclear if any actions were taken, Price was not suspended, as he was just hours after the same allegations were made public last week.

The company needs to be transparent about what changed in the past two years, or how it dropped the ball on its initial investigation, and how it will ensure going forward that such a breakdown never happens again when it comes to sexual harassment allegations.

In a recent Wall Street Journal story, several former Amazon producers painted a picture of chaos at the company. TV producer David E. Kelley, who left his Amazon series Goliath after the first season, said Amazon Studios is “a bit of a gong show.”

“They are in way over their heads,” he said, adding that he won’t work for Amazon again “until their entertainment house is put in order.”

Late last year, Amazon canceled Good Girls Revolt, a show that tackled sexual discrimination and harassment in the 1970s workplace. Creator Dana Calvo told the Hollywood Reporter that Price had shown little interest in her series. “The Amazon corporate culture that everyone knows is a tough one, and it’s not a great place for creative. …They run some people out,” she said.

Several other Amazon series like The Man in the High Castle and Sneaky Pete have lost their original showrunners over creative differences with the studio.

With the bidding for TV projects fiercer than ever among outlets like Netflix, HBO and now Apple—which is preparing to enter the field—creatives will be wary of a company with such a spotty track record. One of the first tasks for Amazon Studios’ new chief will be to assure them that they’ll be embraced and nurtured by the company.

The company recently announced it would be undergoing a change in creative direction, with Amazon execs saying its priority is finding huge global hits like Game of Thrones. In other words, Amazon is doing exactly what every other network is trying to do, which is look for a mass hit.

Amazon Studios’ objective, as Price told Adweek in 2015, had always been to make Amazon Prime customers happy enough to keep renewing their subscriptions while also bringing in new Prime subscribers. While it had early success with critically acclaimed shows like Transparent, The Wall Street Journal said that series draws an audience of less than 1 million.

As part of its shift in strategy, the network recently canceled many of its pricey series like Z: The Beginning of Everything and The Last Tycoon. Friday night, it pulled out of its deal with The Weinstein Company to make a drama from David O. Russell starring Robert De Niro and Julianne Moore, even though it had reportedly spent $40 million on it.

But simply searching for the next Game of Thrones won’t cut it. The company needs to determine what it can offer audiences that they can’t find in any of the 500 other scripted shows that will air this year. And that often means taking a big creative swing that its competitors won’t.

Game of Thrones was a pricey risk at the time for HBO, especially when the network scrapped its initial pilot. When Hulu picked up The Handmaid’s Tale, long before Donald Trump became president, no one could have foreseen how of the moment it would become in 2017. And This Is Us was far from a sure thing when NBC picked that show up last year.

Amazon can’t compete with Netflix when it comes to war chest—Amazon spent around $4.5 billion on programming this year, while Netflix says it could spend as much as $8 billion in 2018—but if its new chief can clearly carve out a new space in the crowded landscape, the company could enjoy a Hulu-like surge.