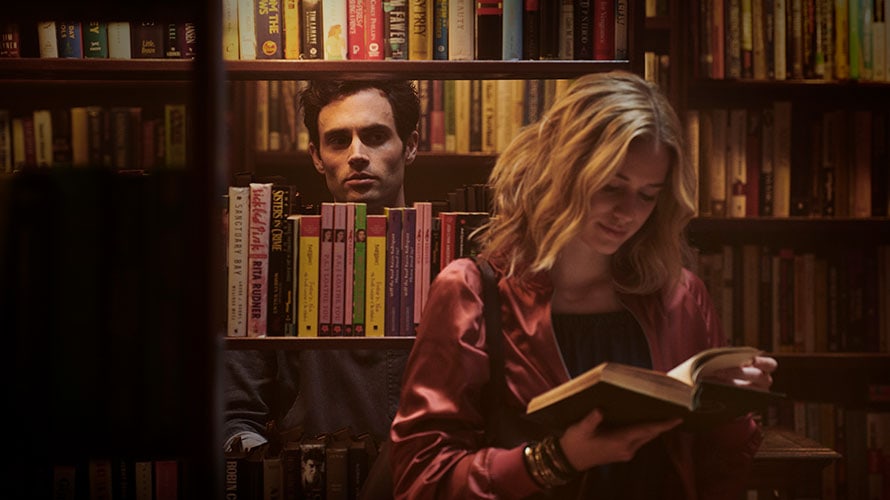 It’s rare that a show fails on one platform before becoming a hit on another, as You has done on Netflix after initially floundering on Lifetime last fall.

But the drama might have never gotten off the ground in the first place if co-creators Greg Berlanti and Sera Gamble hadn’t gone the extra mile when pitching the show—about a bookstore manager (Penn Badgley) who uses the internet and social media to stalk and get close to the unsuspecting writer he has become obsessed with (Elizabeth Lail)—to network execs.

As they were pitching You, which is based on Caroline Kepnes’ 2014 novel, the duo decided to “cyberstalk” the network executives they would be trying to sell the show to, Berlanti told Adweek in September. By working those personal details into the pitch, they helped “get to the heart of the fiendishness of the show, and the fun of the show,” he added.

“With a pitch, as much as you’re trying to give the executives in the room a sense of the story, you’re trying to make them feel the emotions the show will make them feel,” Berlanti said. “That was a very visceral way to say, ‘Look, this isn’t about a professional stalker.’ This is about a casual stalker, who has access to the same kind of information that we all have access to. And when that information is turned on its head and used in a malicious way, it shows how exposed we all are.”

Each assistant in his company’s office was assigned a network executive to stalk, Berlanti said. “The other thing you learn in that process, unfortunately, there were certain executives that didn’t have much about themselves out there, but they had spouses and friends who did. So you were able to get access through that way.”

The assistants used social media and the internet to unearth several private details about the execs, like where their kids went to camp and the name of their housekeeper.

“From one of the executives, we knew that she had a standing blowout appointment every Saturday,” Berlanti said. “We knew where she was going to be located, and we put it in the context of, ‘So, if you like this pitch, we can talk about it on Saturday when you’re getting your blowout at 2 o’clock!’”

“There were a lot of creeped-out executives as we went from room to room,” he added.

The out-of-the-box approach was a success, as “most” of the execs tried to buy the show on the spot. Berlanti credited “partially the quality of the book and also the hook” as sealing the deal.

And while the series ended up on Lifetime, which had ordered a second season before Season 1 even aired, the cable network got cold feet after the first season’s anemic run last fall.

Netflix, which already had international rights to the series, swooped in last month and said it would put Season 2 on its own platform.

And once the show’s first season began airing on Netflix on Dec. 26, it started gaining traction and buzz in a way it never did on Lifetime.

Last week, Netflix estimated in a shareholders letter that You is on track to be viewed by more than 40 million households in its first four weeks on the streaming service. For Netflix, a “view” is when at least 70 percent of one episode is completed (there is no data on how many people have watched the entire 10-episode season); also note that these are estimates, as You at that time had not been on Netflix for four weeks yet.