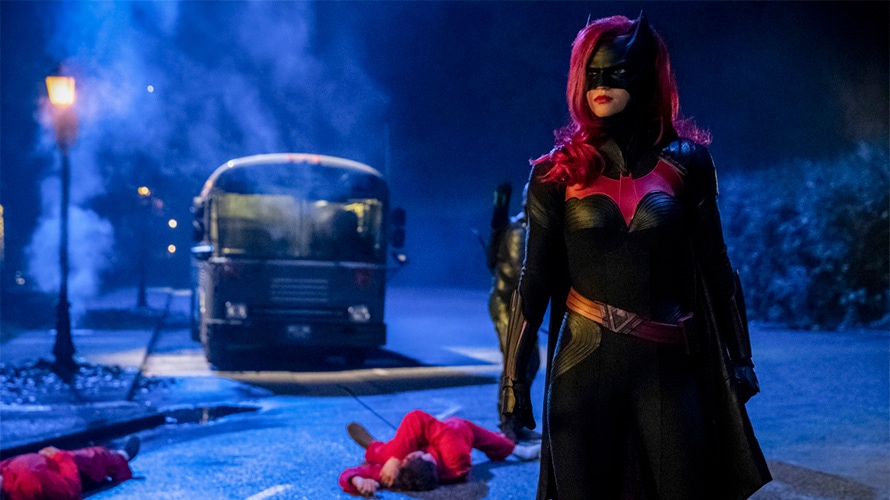 Batwoman, who was introduced during this season's annual superhero crossover, will likely star in her own series next season. - Credit by Jack Rowand/The CW

The CW started this season by expanding to six nights of prime-time programming for the first time since 2009. And as the season draws to a close, the network is looking at some other major changes: over a one-year period, the network will bid farewell to four of its signature shows: Supernatural, Arrow, Jane the Virgin and Crazy Ex-Girlfriend.

Crazy Ex-Girlfriend ended earlier this month, while Jane the Virgin will conclude this summer and both Supernatural and Arrow will end their runs next season. (A fifth series, iZombie, will also be ending a multi-season run this summer.)

So this year’s development season is of particular importance to The CW president Mark Pedowitz, as he looks to assemble the new generation of programs that will replace the network’s most critically-acclaimed series (Jane and Crazy), its longest-running show (Supernatural, which will have run for 15 seasons) and its first superhero series (Arrow, ending after eight seasons).

Almost of all this year’s pilots—several of which will be ordered to series ahead of next month’s upfront—lean heavily on existing IP (intellectual property), including Batwoman, Riverdale spinoff Katy Keene, Jane the Virgin spinoff Jane the Novela and reimaginings of The Lost Boys and Nancy Drew.

“These five projects came in quite strong, and to have, in a very fractionalized world, IP that you can promote, means a lot,” said Pedowitz. “IP gives you the ability to get noticed and the ability to promote. But more importantly, it’s also, what’s the take of the showrunner?”

Batwoman, whose lead character (played by Ruby Rose) was introduced in this season’s annual superhero crossover “is a no-brainer, particularly coming out of the crossover,” said Pedowitz.

https://www.youtube.com/watch?v=e8ISlYdB0SA
Assuming that is picked up to series—and it is among this year’s surest bets among pilots—it would give The CW a total of six superhero series next season. While he won’t decide for sure until he sets the 2019-20 schedule next month, “my gut instinct says we will not have all six on [the schedule] at the same time, in all likelihood,” said Pedowitz. “It’s nice to rotate them in and out; they’re all quality shows.”

Also in contention for next season is Katy Keene, based on Archie Comics characters. Pedowitz noted that the character hasn’t yet appeared on Riverdale, or its spinoff Chilling Adventures of Sabrina, which airs on Netflix. “Her character, the way it’s being played is a few years after Riverdale High School. So she’s a little older. And it’s really a journey of 20-somethings in New York,” said Pedowitz.

As for The Lost Boys, a reboot of the 1987 vampire horror-comedy, executive producer “Rob Thomas had a passion and it took two years to get it right, under Heather Mitchell,” said Pedowitz.

The network’s Nancy Drew reboot “is not exactly the Nancy Drew you quite remember. It combines many of the elements that makes The CW very successful,” said Pedowitz.

And Jane the Novela is a twist on Jane the Virgin in that it is a telenovela anthology series, and each season would be based on a novel written by Jane Villanueva (the Jane character played by Gina Rodriguez, who will also narrate).

Speaking of Jane, Pedowitz said the network was “lucky” to have five seasons of that show, and four seasons of its critically-acclaimed companion Crazy Ex-Girlfriend. “It’s a gift.”

Both series “gave us comedy,” which the network hadn’t previously been known for, since it doesn’t air half-hour sitcoms, as well as “great prestige,” with their Golden Globe and other award wins, said Pedowitz. “They altered the perception of what The CW once was to a great degree.”

Pedowitz said the “only sadness” he has is that neither show received Emmy recognition, something he thinks might not have been the case if the shows aired on a streaming service instead of The CW.

Almost a season into its Sunday expansion, Pedowitz said the move has been “an unqualified success” for the network, its affiliates, advertisers and owners. “We expanded, it helped our digital numbers, it helped the broadcast business, because it was actually growth in the broadcast business.” (Last summer, the additional night of inventory fueled a 15 percent increase in upfront volume.)

This season, the network’s Sunday night lineup (Supergirl and Charmed) has more than doubled their affiliates’ 18-49 Sunday time slot ratings year over year. “To open a night as a broadcaster, it’s a really good feeling,” said Pedowitz.

After three broadcast networks saw their chiefs exit in the space of two months last fall (NBC’s Robert Greenblatt, ABC’s Channing Dungey and Fox’s Dana Walden and Gary Newman), Pedowitz, who has headed up The CW since 2011, suddenly became the elder statesman of the group. (The other remaining network head, CBS’ Kelly Kahl, has been on the job for just under two years.)

“I’ve been lucky, I’ve survived longer than most. I had a great team of people around me, making sure I didn’t damage myself in some way,” said Pedowitz, noting that Greenblatt had started at NBC a few months before he settled in at The CW. “Change comes in cycles. The new group that’s in could be around for another 5 to 10 years.”