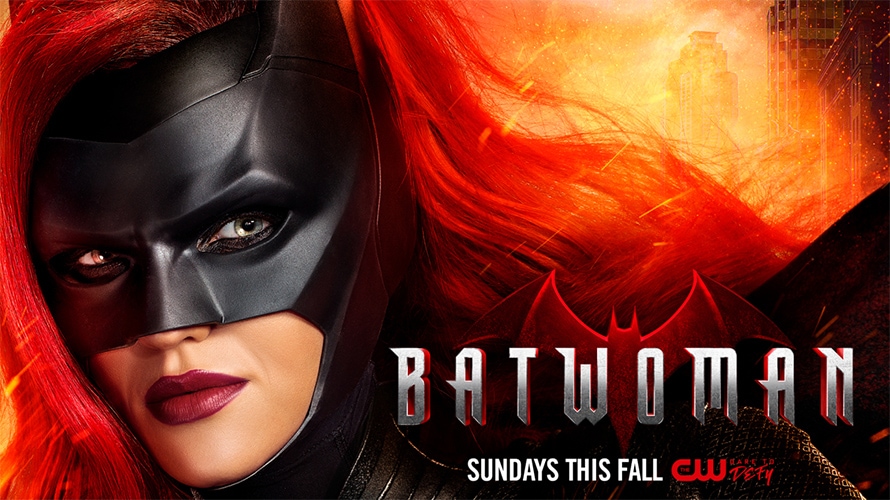 After airing Sunday, Oct. 6, the Batwoman premiere will be rebroadcast on Oct. 7 and Oct. 8. - Credit by JSquared Photography/The CW

All three broadcast networks that have unveiled their fall premiere dates so far have chosen to premiere almost all of their shows in a one-week period rather than staggering those rollouts throughout September, October and November. That includes The CW, which locked in its fall debuts this afternoon.

That network will premiere every one of its fall shows, except for Arrow and Black Lightning, the week of Oct. 6. And it’s giving the biggest possible spotlight to the Batwoman premiere, which The CW will air three separate times that week.

Batwoman—starring Ruby Rose, who covered Adweek’s Women Trailblazers issue earlier this month—will premiere Sunday, Oct. 6, followed by Supergirl. The CW will then rebroadcast Batwoman’s pilot on both Monday and Tuesday.

Monday, Oct. 7 will see the debut of All American, with Black Lightning making its premiere two weeks later on Oct. 21. UPDATE: In August, The CW said that Black Lightning will also debut on Oct. 7, which means it will only rebroadcast Batwoman’s pilot on Tuesday.

The Flash returns on Tuesday, Oct. 8, followed by Arrow a week later on Oct. 15.

The 15th and final season of Supernatural will kick off on Thursday, Oct. 10, leading into Legacies.

Friday, Oct. 11 will see the debuts of Charmed and Dynasty.

Earlier today, NBC set its fall premiere schedule while CBS was first out of the gate last week. Both of those networks will debut almost all of their respective shows during the week of Sept. 23. The CW traditionally prefers to premiere its schedule a couple of weeks later in October.

So far, The CW is the only network to finish its upfront negotiations, wrapping them up more than a week ago.

Here is the premiere schedule for The CW’s fall shows (new programs are in all caps):