The Fall 2019 Broadcast Shows That Buyers Like Most—and Least 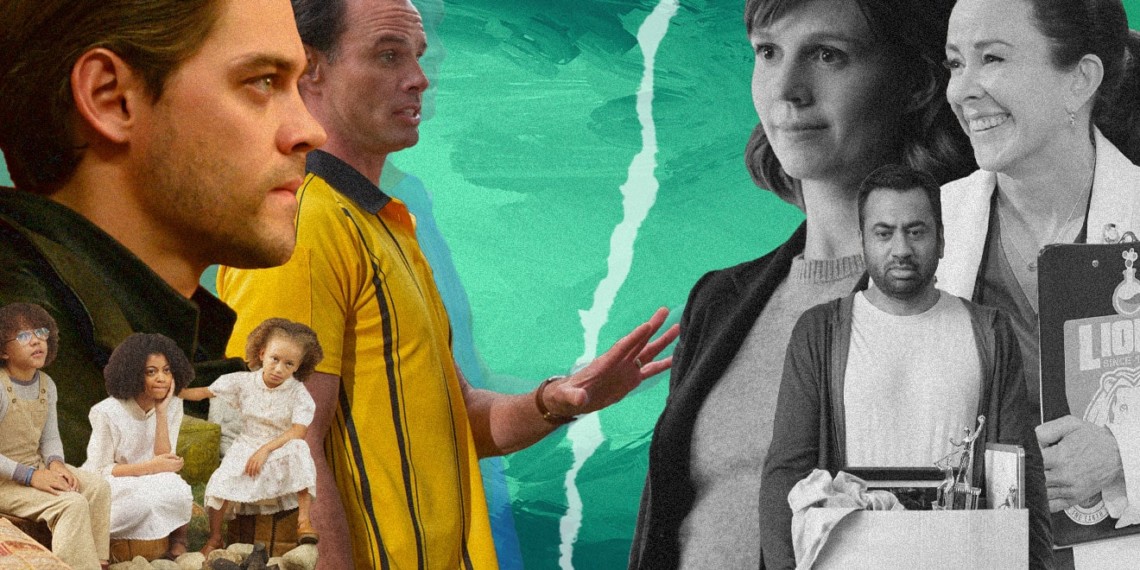 Buyers are sparking to Prodigal Son, Mixed-ish and The Unicorn, but some of them are worried about Evil, Sunnyside and Carol's Second Act.
Illustration: Trent Joaquin; Sources: ABC, CBS, NBC, FOX
Share
By Jason Lynch
|
September 24, 2019
Share

On Monday, Adweek shared its picks for this fall’s seven most promising new broadcast shows. Now it’s time for ad buyers to share which freshman series they like most, and least.

While some of their top picks overlapped with Adweek’s—like ABC’s Mixed-ish and CBS’ The Unicorn—additional contenders also emerged, including Fox’s Prodigal Son. “I think it’s fascinating and interesting,” said Carrie Drinkwater, executive director of integrated investments at MullenLowe’s Mediahub, of the show’s premise, in which a serial killer (Michael Sheen) teams up with his criminal psychologist son (Tom Payne) to help the NYPD solve crimes.

Some buyers praised CBS’ Evil—in which a female psychologist teams up with a priest-in-training to help the Catholic Church assess unexplained mysteries—as breaking the mold of typical broadcast dramas, though others worried that its distinctiveness could ultimately work against it. Said one anonymous buyer, “It looks so scary, which people like, but I don’t think it’s a CBS audience. If it was on Fox, it might do great.”

Overall, “I definitely thought the dramas were stronger than the comedies,” said Maureen Bosetti, chief partnerships officer at Initiative.

Betty Pat McCoy, svp, managing director and director of investment at GSD&M, is intrigued by ABC’s drama Emergence, which “looks good” even though “it’s the kind of show I don’t usually watch. Allison Tolman is so good, and the ABC audience likes those [kinds of] shows.”

While buyers agree the comedy crop is weak overall, many of them sparked to ABC’s Black-ish prequel, Mixed-ish, and CBS’ The Unicorn.

Set in 1985, where it follows a 12-year-old Rainbow Johnson (the character played by Tracee Ellis Ross on Black-ish), Mixed-ish earned praise from several buyers.

“It’s a period piece coupled with this storytelling and the nostalgia. Which I think has worked well for shows, as people try to tell these stories, like a This Is Us, which is back in time, but then it goes to the current. You know the current story, now you’re showing the backstory, which I think is an interesting concept,” said Bosetti, adding that the story of a mixed race family “is also culturally relevant, given what the cultural context was like back then, and how that can relate to today.”

With many comedy trailers, “some we want to turn off right away. This is one you’re excited to watch more of,” said Drinkwater of Mixed-ish.

Bosetti praised The Unicorn—in which widowed dad Walton Goggins reenters the dating world—for “being almost like a dramedy,” in that it combines laughs with real emotion. “It’s not just this typical, family three-camera situation comedy. When you can blend those elements well, that’s a recipe for success.”

With atypical shows like The Unicorn, “sometimes you feel you’re way off” in liking them, said Drinkwater. But in conversations with others, “this one just kept coming up, over and over again. It popped up so many times when I asked people what they liked.”

McCoy also liked NBC’s choir comedy Perfect Harmony. “Comedies are tough, but it’s a cute show. I think it has potential,” she said.

Some of the strongest freshman shows won’t appear until midseason, with several buyers pointing out NBC’s drama Council of Dads, as a show they feel could succeed in the vein of This Is Us.

Nick Hartofilis, evp of national investment, Zenith, thinks Fox’s Ultimate Tag competition series will be “a real dark horse” at midseason. “I think there’s going to be a big curiosity factor there, maybe to the same extent as what they found with Masked Singer.”

From Terrific to ‘Terrible’

As for the new shows with the most red flags, buyers (who requested anonymity when criticizing shows) had two that stood out—for all the wrong reasons—among the many “formulaic” comedies on the schedule.