More Than 100 Brands Collaborated With Game of Thrones. Here Are the Best Stunts 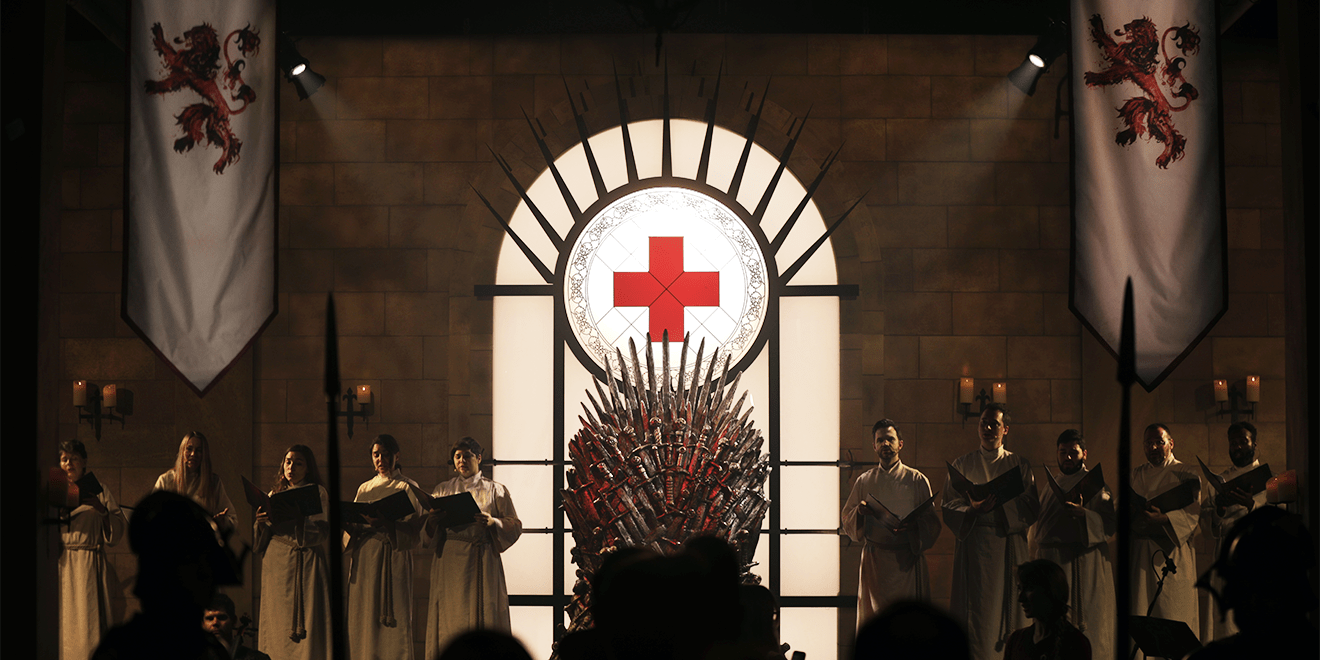 Game of Thrones' SXSW activation was just the tip of the iceberg when it came to HBO's marketing and brand partnerships for the final season.
Dianna McDougall for Adweek
Share
By Sara Jerde
|
April 12, 2019
Share

You may have heard that a little show called Game of Thrones is returning to HBO on Sunday.

From custom Oreos to whiskey to just about any other product that you can think of, winter has come to a slew of brands, which partnered with HBO to drum up interest in the hit show’s eighth and final season. And if you think you have a sense of just how many, well then, you know nothing, Jon Snow.

HBO said Game of Thrones has more than 100 licenses globally, making it the most-licensed program in network history. Ahead of the Sunday’s Season 8 premiere, here’s a look at some of the most interesting, strange, fun partnerships—sanctioned and not—that have come out of the hit HBO program:

The famed Fountains of Bellagio in Las Vegas were choreographed to Thrones’ iconic theme song this week:

FULL VIDEO: #GameofThrones @Djawadi_Ramin’s “Winter is Here” has debuted at the Fountains of @Bellagio, on view through 4.13.19. The final quest #ForTheThrone begins 4.14.19 on @HBO. pic.twitter.com/NxIlutcCYt

One look at this line of sneakers and you get Westeros vibes. Under a partnership with Adidas, Game of Thrones colors came to life in the form of footwear. Six versions of the Ultra Boost 4.0 retail for $180. 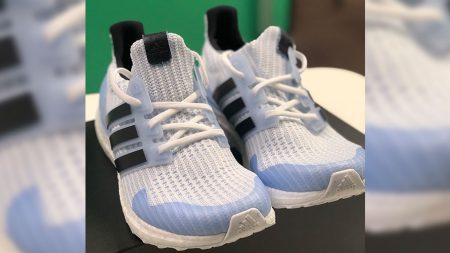 Red Cross got in on the bloody history of the series and asked folks to donate blood. Those who do so this month can get a Game of Thrones poster (while supplies last) and a chance to win a full-size Iron Throne. The sentiment was also in full swing at the show’s SXSW pop-up this year, in which attendees were encouraged to donate blood.

Mountain Dew made over its cans to reveal Arya Stark’s kill list when they get cold. The stunt went a step further when the brand sent a raven—literally, actress Raven-Symoné—to offices around New York (including Adweek’s) to deliver the message.

Limited editions of Oreos hit the shelves ahead of the season premiere in four unique designs as nods to the show, including a dragon (the Targaryens), a wolf (the Starks), a lion (the Lannisters) and a White Walker.

The New York-based brewery released a new beer, called For The Throne, as part of a multiyear partnership with HBO. The 9.5% ABV strong golden ale first became available earlier this month. The beverage company described it as having “flavors of sweet malt and honeydew.”

For The Throne, our latest @GameOfThrones-inspired beer, launches this Friday at the brewery mercantile in Cooperstown & nationwide in early April. A strong golden ale co-fermented with grape juices, For The Throne is fit for royalty. https://t.co/XkotmaeH4O #ForTheThrone pic.twitter.com/GjbPK1glMl

MLB partnered with HBO to make bobbleheads, manufactured by FOCO, designed with their favorite mascots posing with the Iron Throne. Each team has been designed with the mascot, an ice dragon and the Night King. 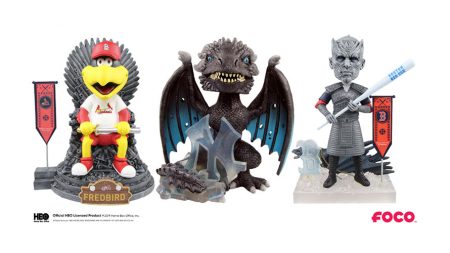 OKCupid allowed users to alert them when there was a Game of Thrones fan in their midst. The dating app allowed users to display a badge if they said they watched the HBO show. The company found that there were almost 2 million mentions of the show in user profiles.

The wireless company had its own GOT takeover, and transformed its flagship stores in Boston, Chicago, NYC and San Francisco to look like the show. The stores featured VR and AR experiences, with memorabilia and costumes from the series. AT&T customers also had access to exclusive Game of Thrones accessories in the stores. 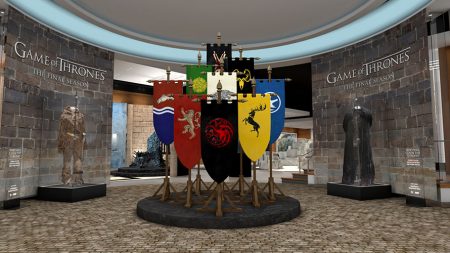 HBO kicked off its Game of Thrones campaign earlier this year when it partnered with HBO on a massive Super Bowl commercial that paired HBO’s Mountain against Bud Light’s Bud Knight. Ultimately, the charade ends in fire.

If you’ve ever wanted to look like a character from Game of Thrones, here’s your chance. There’s a Winterfell leather jacket ($2,698) or a Casterly Rock hemp jacket ($1,698) or a dragonstone linen jacket ($1,498) for your pleasure. If that’s too expensive, there are also $100 T-shirts.