30 episodes of The Weekly will begin airing in June 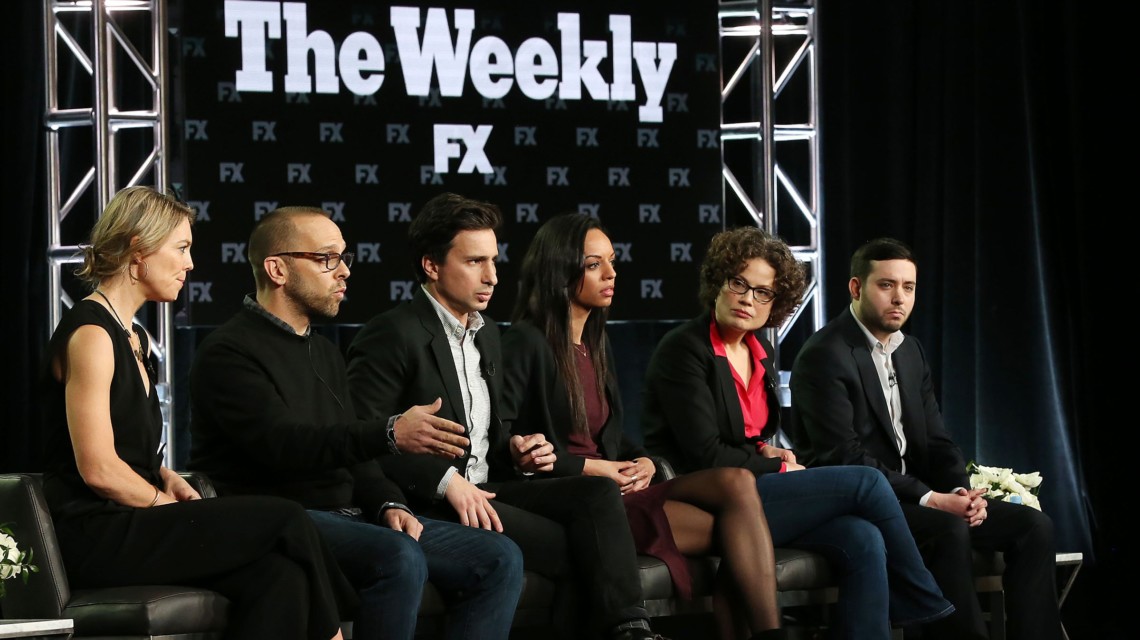 New York Times reporters and The Weekly producers said they relished being able to expose the outlet's reporting to a TV audience.
Getty Images
Share
By Jason Lynch
|
February 5, 2019
Share

The New York Times has been branching out into other platforms over the past few years, including digital and podcasts. Now the media company is preparing to take one of its biggest swings yet, with the new FX series The Weekly, which debuts in June.

Each half-hour episode of The Weekly will focus on a different Times reporter and story, and expose audiences to a new form of storytelling, producers said Monday at the Television Critics Association’s winter press tour in Pasadena, Calif. The series, which was announced last May and will have 30 episodes in its first season, will debut on FX, with episode then available to stream on both FX and Hulu.

“With each episode, we’re going to take you on a different ride, in much the same way that The Times Magazine does, where you never know quite what to expect,” said executive producer Ken Druckerman, who is also co-producer of Left/Right Productions, which is also behind Showtime’s The Circus and This American Life.

For The New York Times, a show like The Weekly gives it the opportunity to show audiences the power of journalism at a time when it is routinely being dismissed as “fake news.”

“Journalism is under assault in a way that it never has been before. On Facebook every day, there’s all kind of fake news being thrown about every which way, where a nine‑month investigation by The New York Times looks just like a random piece of information,” said Times assistant managing editor Sam Dolnick, who is also a Weekly executive producer. “The White House is attacking the credibility of journalists every day. We think now, more than ever, we need to stand up for journalism. and that the best way to do that is to be transparent and show how the sausage gets made, how we know what we know, why we do what we do, and the lengths we go to confirm the news that we’re reporting.”

Despite its title, The Weekly won’t focus on that week’s biggest news. “The mission of The Weekly is to find big, signature, enterprise stories that we’re going to put on the map.  Whether they’re investigations or features, it’s stories that nobody else is telling. Sometimes they’ll be coordinated with print. Sometimes they won’t be. They’ll be just living on their own,” said Dolnick.

Unlike The Fourth Estate, last year’s Showtime documentary about The New York Times in the Trump era, The Weekly won’t only be White House-focused.

“We don’t want this to just be what happened in the West Wing this week,” said Dolnick. “There’s enough of that out there on every outlet and everywhere else. There is so much happening in other stories that The New York Times cares about immensely and The Weekly’s going to be going after those.” While “several” episodes of the series will focus on the White House, “it’s not going to be every week,” he said.

Some Times reporters featured in episodes of The Weekly said they were wary about appearing on camera, but felt that the ends justify the means.

“I am not somebody who is really comfortable being on camera. It feels weird. It’s different. I’m not used to even thinking visually about stories,” said metro investigative reporter Brian M. Rosenthal, who will be doing a story about the New York City taxi industry for one episode. “I’ve been working on a project for eight months and pouring hours and hours of work into it, and I think, as a reporter, you always want to see as many people as possible see the product of your hard work and your passion.”

The Weekly, Rosenthal added, “is going to take that journalism that we care so much about and show it to so many more people. So it’s really exciting and so I was happy to participate, despite the discomfort that came along with it.”

Explained Caitlin Dickerson, national immigration reporter for The Times, “As a writer, one of my biggest challenges is drawing the audience in and using as much detail as possible to make them feel like they’re in the room with me, watching these important powerful scenes play out. And now I can actually literally bring them into the room.”

The stories featured in each episode of The Weekly won’t necessarily be published around the time their respective episodes air.

Dolnick noted that when the Times started its daily news podcast, The Daily, two years ago, “we thought that the relationship between print and audio needed to be synced up very carefully.  But as we’ve gone along, we’ve seen that it doesn’t matter. And the magazine will publish a story, and then on The Daily, we’ll publish a version weeks later. And we almost literally never get anyone complaining, ‘Hey, I already read that in the magazine,’” he said. “We’re not too worried about not necessarily publishing everything exactly at the same time.”