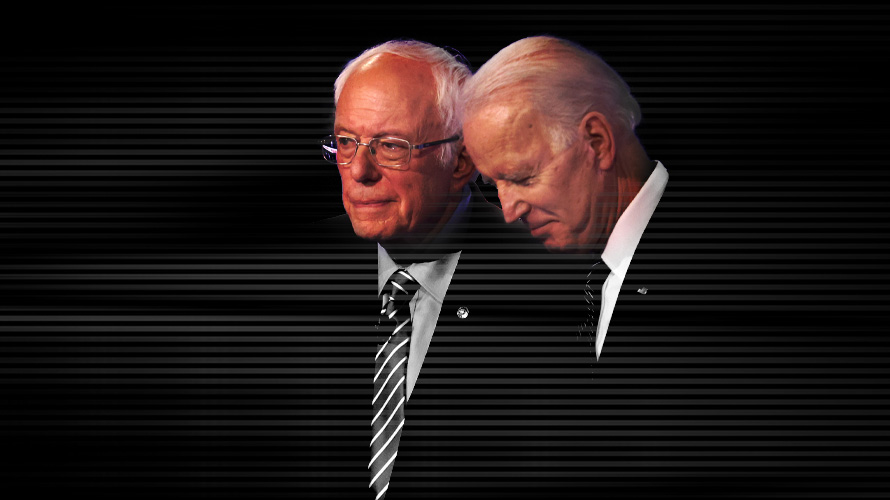 If you can believe, it’s been less than a month since billionaire Mike Bloomberg dropped out of the presidential race after spending a record-shattering $558 million on advertising. Since then, the political world has shifted immeasurably: A vigorous Democratic primary has been usurped by nearly monolithic media attention to the coronavirus pandemic.

In this brave new world, the two remaining Democratic candidates—former Vice President Joe Biden and Vermont Sen. Bernie Sanders—have gone off the airwaves completely. According to Advertising Analytics, a firm that tracks candidates’ ad spend, neither Biden nor Sanders has run a television ad since March 17.

For overall ad spend, the presidential race has “slowed considerably,” according to John Link, director of sales at Advertising Analytics. Each candidate is doing some digital advertising through Google and Facebook, but much of it is aimed at fundraising rather than persuasion.

Notably, Biden’s campaign is promoting a digital ad that attacks Trump for his handling of the coronavirus outbreak, which the presumptive Democratic nominee tweeted out last week.

In times of crisis, American presidents have always stepped up to meet the moment. But all we've gotten from Donald Trump are lies, excuses, and scapegoats.

Trump has failed our country at a time when we need him most. pic.twitter.com/d2vxUHGiH0

For the week of March 17, Biden and Sanders each spent about $1.7 million on total advertising, down from $7.8 million and $9.5 million respectively the week prior. Biden’s ad spend hasn’t dropped this low since mid-February, while Sanders hasn’t spent this little since early January. Neither campaign responded to a request for comment from Adweek.

The coronavirus is already dealing a heavy blow to the ad sector: Analysts from Magna Global expect that national TV ad sales are expected to shrink by 13%, and radio and total ad sales for the year are expected to drop by 2.8% across all media.

Lynn Vavreck, a politics and public policy professor at UCLA, said reducing spend is likely due to a combination of how the race has shifted from a tight competition between the two to a clearer path toward victory for Biden, and the ubiquity of the coronavirus outbreak.

“Since two things happened simultaneously, I’d say it is hard to know the cause,” Vavreck said. “The nomination was wrapping up, so no need to compete fiercely, [and] the virus took over the news and daily life for everyone, everywhere.”

While Biden has a sizable lead over Sanders en route to the Democratic nomination, the candidates’ silence is conspicuous. Without in-person events or town halls, with debate podiums separated by at least six feet of distance, the political landscape has been upended by coronavirus panic—and neither candidate is spending much money to get in the mix.

Outside of paid media, neither Biden nor Sanders have offered much counter-programming to the daily White House task force briefings led by President Donald Trump: The Verge called Biden’s first virtual town hall an “absolute technical nightmare.” And while Sanders has been doing similar online events—his campaign has livestreamed his in-person events since 2018—his efforts haven’t cut through the news cycle either.

“I don’t find it surprising that Biden has stopped TV spending, as it would just sap resources he will need later,” said Donald Green, a political science professor at Columbia University. “More surprising is that the Sanders campaign has stopped TV.”

The COVID-19 outbreak has delayed numerous presidential primaries, so Green says that it’s important for Sanders—who has committed to staying in the race—to think longer-term in order to bounce back.

“It may be that they see their fundraising efforts dwindling,” Green said. “But another possibility is that the delay of several primaries has encouraged them to keep their powder dry for a few weeks, hoping that they will get a break and have a new messaging angle to win votes.”

Since Biden and Sanders have gone off the airwaves, Democratic political action committees have taken up the mantle.

The super PAC Priorities USA Action has already spent $25 million on TV and digital ads through the week of July 7: $6.6 million has gone to the group’s much-discussed “Exponential Threat” ad, over which President Trump threatened television stations with license revocation (a power he does not have).

Priorities USA Action
And according to OpenSecrets, super PAC American Bridge 21st Century has “shelled out almost $6.3 million on ads attacking Trump’s handling of coronavirus since the start of 2020” (though the group’s ads have so far been digital-only).

With the Democratic primary essentially on hold, and New York Gov. Andrew Cuomo currently serving as the most visible and authoritative voice within the party, Biden and Sanders have two options: wait out the crisis, or find a way—through paid media or earned—to break through the noise.