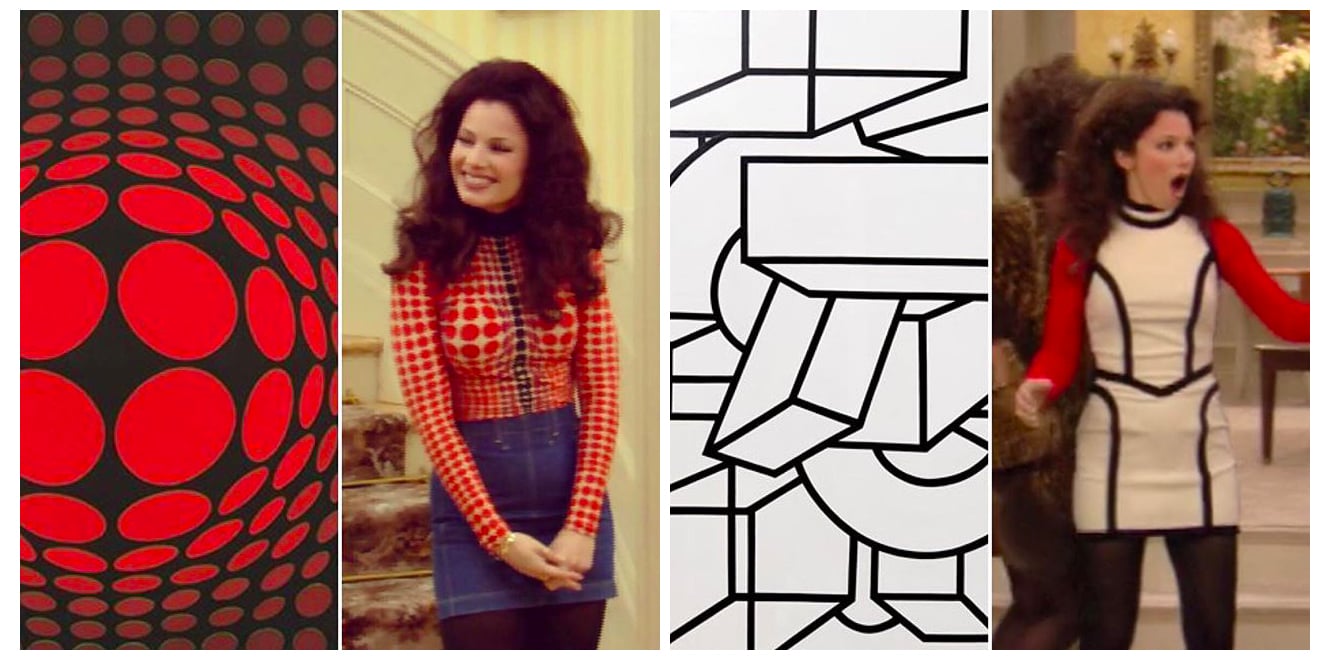 Everyone loves finding hidden gems in their favorite shows, but is it possible to create them after the fact?

That’s essentially what @thenannyart is doing on Instagram, where the account matches up outfits worn by Fran Drescher’s character in ’90s sitcom The Nanny with works of contemporary art.

While stylish protagonist Fran Fine’s ensembles have been grabbing attention since the show was on the air, from 1993 to 1999, they’ve also gotten a second wind in today’s social media. The megapopular @WhatFranWore Instagram feed, which profiles the brands and designers behind the show’s iconic wardrobe choices, has 275,000 followers.

We caught up with Van Eeckhoutte to learn more about this oddly addictive project:

Adweek: Obviously, the first question most people are going to have is, “How does something like this get started?” Is this seeming connection between modern art and The Nanny wardrobe something you’d personally noticed and just begun to document?
Louis-Philippe Van Eeckhoutte: @thenannyart started a few months ago when I came across a still shot from The Nanny that reminded me of the classic 1988 painting entitled “Betty” by the German artist Gerhard Richter. When the combined post of both images on Instagram received a lot of positive reactions, I started looking at more images of Fran Fine on the internet, and it struck me that many of her outfits have their counterpart in contemporary art, which led me to this longer endeavor. It is fascinating to combine iconic pieces of the most well-known artists that are esteemed in high culture with outfits from the campy ’90s series.

I know very little about The Nanny. Is there any actual connection between the costume design and the art world, or is all this just a coincidence?
It’s mostly just a coincidence, but apparently the team behind The Nanny was sometimes drawn to designers who were paying homage to fine art. Some of the artworks in the posts on @thenannyart were made after the series ended in 1999 and could not have been a reference at the time.

How do you spot matchups between the costumes and art? What’s your process for creating each post?
The research process goes in both directions. I’m currently rewatching the series and browsing on the internet for her outfits—@whatfranwore is a great resource of the looks that Emmy Award-winning stylist Brenda Cooper made for the series—to make connections with works of art. But it also happens that I’m sometimes at a museum or a gallery and that an artwork reminds me of Fran’s attire.

What does this project tell you about the nature of patterns and how they’re reflected in different parts of culture, like art, fashion and entertainment?
I hope it proves that you can find art in unexpected contexts and that it makes people think about “high” and “low” culture and realize that being receptive to both opens the door to innovative and creative ideas.

What kind of feedback have you gotten on this project? Are people starting to go back and rewatch the show, watch it for the first time, etc.?
I’ve gotten many enthusiast reactions, both from fashion and art-world professionals and the general public. People are telling me that they are starting to watch the show for the first time out of curiosity and others are rewatching if for the pleasant memories. The sitcom resonates in today’s world because of nostalgia, the strong persona of Fran Fine and her bold fashion choices.

How has it felt to watch this project become so popular and talked about online? Do you feel pressured to keep finding more connections?
I’m delighted to see that the project has become popular, that it has received press attention looking at it from different perspectives and that it keeps growing and broadening its audience. As the series ended after 146 episodes, the combinations of Fran Fine’s outfits with works of art are not endless, but there’s enough material to continue for a while.