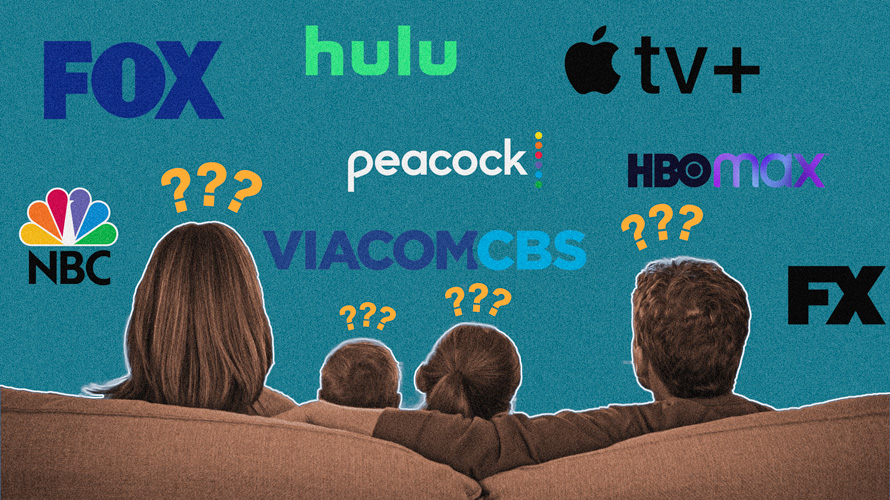 Many questions surround these outlets and companies as TCA winter press tour is about to kick off. - Credit by Getty Images, Fox, NBC, Hulu, ViacomCBS, HBO, Apple, FX,

The new year is bringing more upheaval than ever to the TV industry, just in time for the Television Critics Association’s winter press tour, which starts Tuesday at the Langham Huntington in Pasadena, Calif.

As usual, more than 200 television journalists and critics are assembling for the TCA’s semiannual event featuring 13 days of panels and receptions that will spotlight new and returning shows—and several exec sessions—from dozens of broadcast, cable and streaming outlets. (Adweek will be filing stories extensively throughout.)

While most networks use the summer press tour to set their agendas for the coming TV season, the winter press tour is more about highlighting the TV industry’s biggest issues for that year. And what a tumultuous year 2020 looks to be, with two more major streaming services set to enter an already overcrowded space, giving consumers even more reasons to move away from linear TV.

These are five of the industry’s biggest questions that the winter press tour is expected to highlight over the next two weeks:

How will HBO Max and Peacock shake up both the streaming and linear spaces?

Two more major streaming services are set to launch in the coming months: NBCUniversal’s Peacock is due in April, with WarnerMedia’s HBO Max following a month later. And they will have a major impact not on the industry overall but their respective companies, which are increasingly shifting their priority from their linear networks to the new OTT offerings.

Neither Peacock nor HBO Max will be presenting at the press tour but NBCUniversal and WarnerMedia will be on hand to tout their linear networks, which will help indicate how they are repositioning themselves in light of the streaming shift. WarnerMedia, which has begun to blur the branding of its biggest cable networks, will have programming from some of those outlets on tap, while NBCUniversal will present panels from its broadcast and cable networks.

However, WarnerMedia and NBCUniversal aren’t the only ones affected by these new streaming services. During the summer press tour, several of the biggest TV outlets took shots at Netflix and made the case for why they are a better option than the streaming behemoth. Yet the streaming space is much bigger than just Netflix—almost every media company now has one or more OTT services of its own—and the broadcast and cable networks need to adapt to the rapidly-changing consumer behavior.

How will the Viacom-CBS merger affect the combined company’s networks?

The Viacom-CBS merger was finalized last month, making this the first press tour that each of their respective networks are part of the same company. Several of those networks, including Paramount and Comedy Central, also have new chiefs following a leadership consolidation in November ahead of the merger. So far, the companies haven’t talked too much about how they’ll combine resources outside of streaming (where CBS content will be added to Pluto and Nickelodeon shows will make their way to CBS All Access); this will be the first opportunity to discuss further plans for how all of these networks—including CBS, Showtime, Pop, BET, Comedy Central and Paramount—will coexist as part of the same portfolio.

What are Disney’s long-term plans for Hulu?

Disney assumed full operational control over Hulu from Comcast last May, and during the summer press tour in July, it made its first organizational change at the streaming service, integrating development of Hulu’s original scripted drama and comedy programming into its own TV team. Then in November, the company announced plans to integrate FX more closely with Hulu, moving several upcoming programs earmarked for FX over to the streaming service under the “FX on Hulu” banner, airing all FX original programming on Hulu after its linear premiere.

The Hulu and FX executive sessions set for the winter press tour should shed more light on plans for the respective outlets, and how they’ll work both together and as separate outlets. Aside from the FX content, Hulu has a solid original slate of its own—including the Reese Witherspoon-Kerry Washington limited series Little Fires Everywhere and the Zoe Kravitz series High Fidelity, based on Nick Hornby’s novel—but it’s unclear whether its original strategy will shift under Disney’s TV team.

Can Fox and NBC keep up their season momentum?

NBC has won the 18-49 demo crown for the past three TV seasons, but Fox is currently in position to break that streak, edging out NBC so far during the 2019-2020 TV season, 1.9 to 1.8, in Nielsen’s most current ratings (ABC and CBS are tied for a distant third, with a 1.1). Fox’s surge is helped by Thursday Night Football and Friday Night SmackDown, though the network also holds the lead in entertainment programming only, thanks to The Masked Singer and freshman series Prodigal Son. The only network with year-over-year demo growth, Fox will take an even bigger 18-49 lead after it broadcasts the Super Bowl on Feb. 2—but the press tour will give a glimpse at the other midseason programming that the network hopes will cement its victory this season.

While NBC might not repeat as demo champ, it is threatening to break CBS’ 11-season streak for total viewers. This season, NBC pulled ahead of CBS in total viewers, 8.0 million to 7.6 million. The strength of each network’s midseason slate, which will be presented at press tour, could determine the victor.

Will Apple TV+ bounce back?

After more than a year of hype, Apple’s streaming service stumbled out of the gate last November, with an underwhelming launch featuring a mediocre initial slate of shows. Apple TV+’s flagship series, The Morning Show, received mixed reviews (but did land three Golden Globes nominations) and the whole service was dwarfed by the buzz surrounding fall’s other big streaming newbie, Disney+ and its own signature show, The Mandalorian.

Apple skipped the summer press tour but will be here this winter, as it tries to get back on track after a rocky launch. If execs can articulate Apple TV+’s vision and strategy—which they have yet to do—and the new batch of shows improve on their predecessors, it could give the service a much-needed boost ahead of Peacock and HBO Max’s arrival this spring.