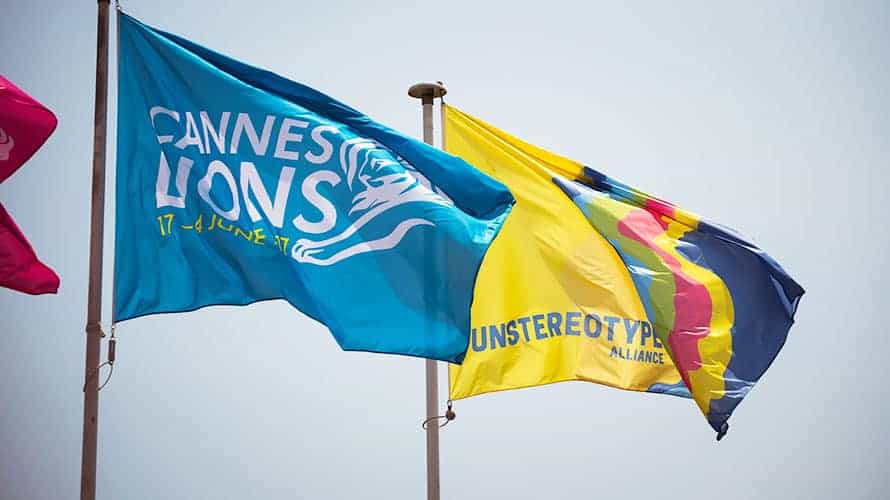 The Unstereotype Alliance is celebrating its first anniversary this year at Cannes. Getty Images

The Unstereotype Alliance, convened by UN Women—an initiative that aims to stop the perpetuation of harmful stereotypes in advertising—just celebrated its first anniversary at Cannes. The Alliance has also just released findings from its report “Unstereotype: Beyond Gender. The Invisible Stereotypes,” which examines the need for intersectional understanding of gender stereotypes in various cultural contexts.

Yes, we’ve been talking about gender for years, but progress has been “frustratingly slow,” said Marc Pritchard, chief brand officer, P&G. Marketers and agencies must make a concerted effort to join the movement if there is to be real change.

The Alliance also introduced a film, produced by IPG, called “The Problem is Not Seeing the Problem,” a call to action for the industry to eliminate problematic stereotypes in advertising.

The Alliance released a film produced by IPG to highlight the invisibility of marginalized communities in media and advertising.

“We know that where there is inequality, discrimination and exclusion follow,” said Phumzile Mlambo-Ngcuka, UN Women executive director and convener of the Alliance. “Confronting the negative stereotypes in our societies is a vital step to fighting inequalities.”

The report, which surveys women and men in South Africa, Brazil and India, found that there is “an increasing lack of recognition of the identity and status of an individual … and this is compounding a perception of unfair representation, leading to a greater sense of social invisibility for women.”

Research contributed from the Geena Davis Institute on Gender and Media and J. Walter Thompson shows that “men still get four times as much screen time as women, speak seven times more, with three times the amount of dialogue.”

With support from Cannes, the report will soon be expanded to survey individuals in additional countries.

“Focusing on gender in isolation will not move the needle enough in accurately portraying the diversity of people,” said Keith Weed, chief marketing and communications officer at Unilever and vice chair of the Alliance. “A better understanding of the intersectionality of gender with factors such as race, sexuality, disability and age can help us to challenge the multiple levels of discrimination and drive positive societal change locally.”

The Alliance, which has collaborated with a wide variety of brands and companies to further its mission, has also promised to develop a set of tools and methodology for measuring progress in reducing stereotypes in advertising.

“The Unstereotype Alliance is unique in its ability to convene diverse companies for a joint cause: using the power of advertising to affect positive cultural change and improve the lives of women and girls around the world,” Mlambo-Ngcuka said.