What’s Next for TV

The Weather Channel Is Transforming the Way We Think About Weather 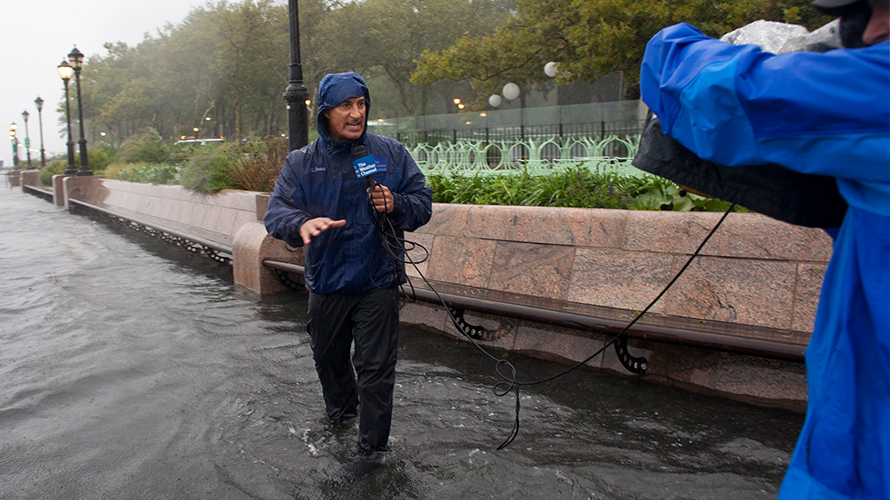 The Weather Channel has been making waves lately, both as one of the few cable networks that posted year-over-year audience growth in 2017 and as one of the most recent acquisitions by media entrepreneur and TV personality Byron Allen. Now, it’s making headlines again with the second iteration of streaming service Local Now.

TWC is launching the service—which allows millions of users across the U.S. access hyper-local weather, traffic, news and sports content in myriad communities—in the next coming weeks. Local Now was a focus of the channel’s press breakfast, which was held today in New York.

Local Now is useful for cord cutters, cord nevers and people who have experienced power outages. “We do storytelling, video production, and localization really, really well,” said The Weather Channel svp of digital Marvin Renaud. “The idea behind Local Now was to take those capabilities that are best-in-class and spin that to an adjacent area.”

Local Now has 225 streams across the U.S., so most consumers across the country will be able to see what’s happening in their community by using the app on their device of choice.

On a good day, Renaud says, Local Now will deliver over 6 million minutes viewed across the platform. “We have a ton of engagement, and the relevance of the messaging we’ve done so far has been really successful,” he added.

The company is still figuring out if it wants meteorologists who exclusively report for Local Now, but for the time being, you’ll continue to see TWC meteorologists reporting on the streaming platform; the company feels that the current set up has been working out for both sides so far.

That said, there will be separate offerings and messages for the differing audiences of TWC and Local Now. The company is still trying to understand the Local Now audience—which, as one might expect, is younger than the linear channel’s—and any future talent moves will be driven by the audience’s preferences.

Local Now is ad-supported, and Michelin, a longtime advertiser on The Weather Channel, will be a flagship partner on the streaming service. “Michelin is launching with us next week,” said TWC svp of ad sales Barbara Bekkedahl. “It’s a sponsorship model, so they’ll have 15-second spots and ‘brought-to-you-by’s.'”

The network also spoke about new developments on the technology and design front. The network is partnering with The Future Group, a Norway-based AR content and tech provider, to deliver custom immersive mixed-reality experiences for viewers. Leveraging The Future Group’s Frontier powered by Unreal Engine, viewers will be able to see local street corners, meteorologically accurate tornadoes, hurricanes and the devastating effects of storm surge.

TWC’s vp of design Michael Potts said that they’ve been “transforming our presentation from something you might be able to get on your app into presentations that really put [you] in the location.” They’ve been “working hard” to develop “augmented and immersive mixed reality” into the experience.

“We want to make weather personal and relatable to our audience, and our goal is to keep on and double down on the momentum we have had in the last couple of years,” Potts added.

On the original programming front, TWC is doubling its investment for 2018 with 85 hours of premiere shows, explained TWC svp of programming Nora Zimmett. This includes the October launch of Killer Weather, which Zimmett calls “our foray into CSI, but for weather.” The first episode will follow the story of a man who used Hurricane Harvey’s impact as an alibi when he was accused of murdering his wife on the eve of the storm.