Hundreds of TV journalists have questions. Will they have answers? 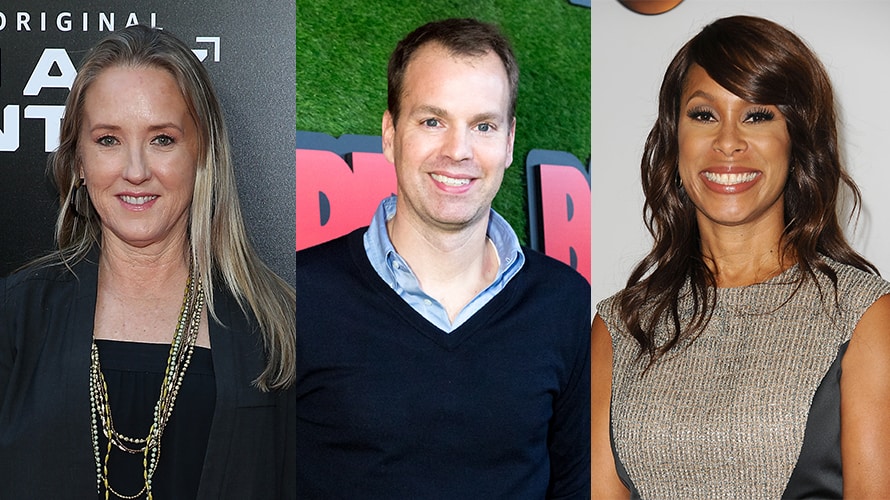 A couple big media companies still haven’t finished their upfront negotiations, but the industry is already gearing up for summer’s other major TV event: the Television Critics Association’s summer press tour, which begins Wednesday at the Beverly Hilton in L.A.

During the semiannual event (there’s also a winter press tour, which is held each January), hundreds of television journalists and critics will gather for 16 days of panels, set visits and receptions, as dozens of broadcast, cable and streaming outlets present panels featuring talent and producers from their new and returning programs, while execs talk about their respective network’s vision. (Adweek, as always, will be filing stories extensively throughout.)

Press tours offer a mix of newsy panels (from FX Networks CEO John Landgraf coining the phrase “peak TV” to Donald Trump lying, repeatedly, about the ratings for Celebrity Apprentice) as well as an early indication of which new shows are likely to have legs (like The Big Bang Theory spinoff Young Sheldon) and which seem destined to implode (like Marvel’s Inhumans).

A strong TCA press tour performance is important for almost every network, but of the dozens participating, the spotlight will be brightest, and potentially harshest, on these five outlets, all of which have recent big moves to discuss. Hundreds of TV journalists have questions for them. Will they have answers?

Programming chief Casey Bloys spent last summer’s executive session trying to deal with the fallout over its recently announced controversial modern-day slave drama (that project is now in limbo). He’s got more controversy on his plate this year, after news came out that new parent company AT&T wants to make HBO bigger and broader, like Netflix, which some worry could smooth down some of the network’s edges. Then last week, Netflix broke HBO’s 17-year Emmy streak as the most-nominated outlet, landing 112 to HBO’s 108. Bloys will be pressed about both topics, but especially about AT&T’s plans for the network.

It’s been two years since Amazon paneled a press tour, and while Netflix has also returned after an equally-long hiatus, Amazon is the streaming service that has undergone a head-to-toe overhaul in the last year, following Roy Price’s exit last October as a result of sexual harassment allegations from a Man in the High Castle producer.

New chief Jennifer Salke, who moved from NBC to Amazon in February, has a better rapport with the press than Price did (during one exec session, Price seemed baffled as to why some people were upset that Amazon had gone into business with Woody Allen). But she’ll still face tough questions about Amazon’s pivot into more crowd-pleasing fare (sound familiar?) like its upcoming Lord of the Rings series, which necessitated the cancellation of critically-beloved shows like One Mississippi. And there’s also the matter of what its onetime signature series, Transparent, will look like without star Jeffrey Tambor, who also departed after sexual harassment allegations.

In January, Fox Television Group chairman and CEOs Dana Walden and Gary Newman tackled questions about their company’s future under potential new parent Disney, claiming that it would be “business as usual” until the deal closes. Now that Comcast dropped out of the bidding last week, and the Disney deal has already received regulatory approval, the execs will be faced with new questions. For starters, now that Fox has added Thursday Night Football and WWE SmackDown Live to its slate, will the network be moving away from scripted series?

Also up in the air is the futures of Walden and Newman. According to reports, Walden could be headed to Disney-ABC, while Newman might run what is being called “New Fox” (which won’t be a part of the Disney deal).

During both of the past two press tours, ABC Entertainment president Channing Dungey was asked about Roseanne Barr’s incendiary twitter feed (a topic that also came up in Adweek’s Roseanne cover last May). That’s the same feed that caused the sudden cancellation of Roseanne, last season’s No. 1 comedy in the 18-49 demo, two weeks after ABC’s upfront.

Instead, ABC will air a Barr-free spinoff called The Conners. The quick cancellation calmed wary advertisers, but Dungey will still be asked about why the network tolerated Barr’s controversial social media comments for so long, and whether she or the network should have done anything differently.

OK, this one is a full company, not just a single network. After the Discovery-Scripps merger closed in March, its new executive team spoke with Adweek ahead of the company’s first combined upfront about their plans for the new company.